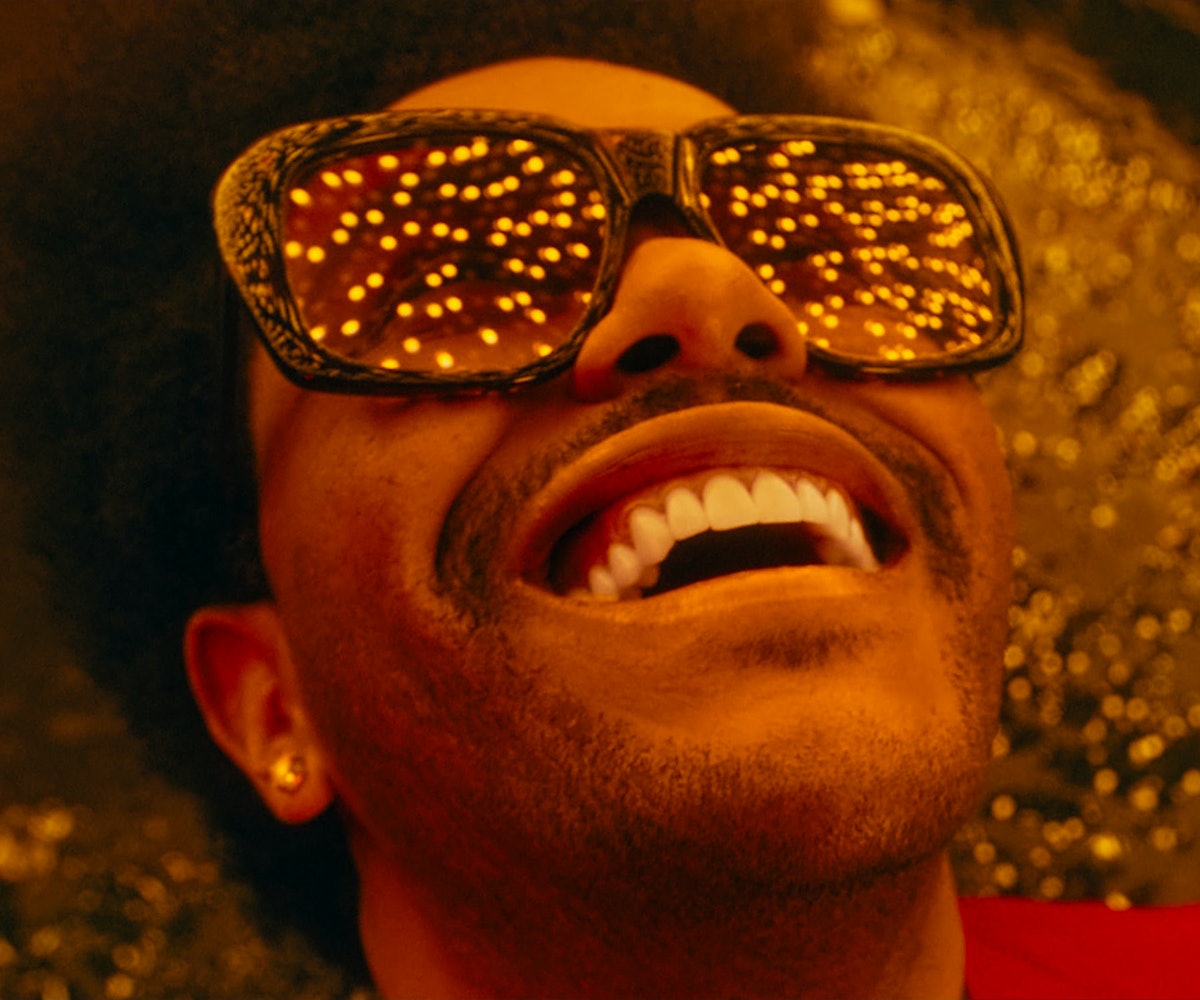 Last Thursday, The Weeknd made his return to music with the release of two new singles: "Heartless," the lead single from his forthcoming fourth studio album that first premiered on the singer's Beats 1 radio show, Memento Mori, and "Blinding Lights," which was first teased in a Mercedes-Benz commercial. Now, the singer has shared the music video for the former track, a simmering R&B song that seems to reference his past relationships with Selena Gomez and Bella Hadid.

In the trippy and mood-lit Anton Tammi-directed video, The Weeknd and producer Metro Boomin spend a debauched night out in Vegas that finds the Canadian singer at one point: (1) licking a frog, and (2) making out with a statue. Before closing, the visuals show a distorted and unsettling shot of Abel smiling. It's all very glam and full of famous-people-doing-famous-people-stuff.

Prior to these singles, The Weeknd's last project was 2018's My Dear Melancholy, EP. Watch "Heartless," below.