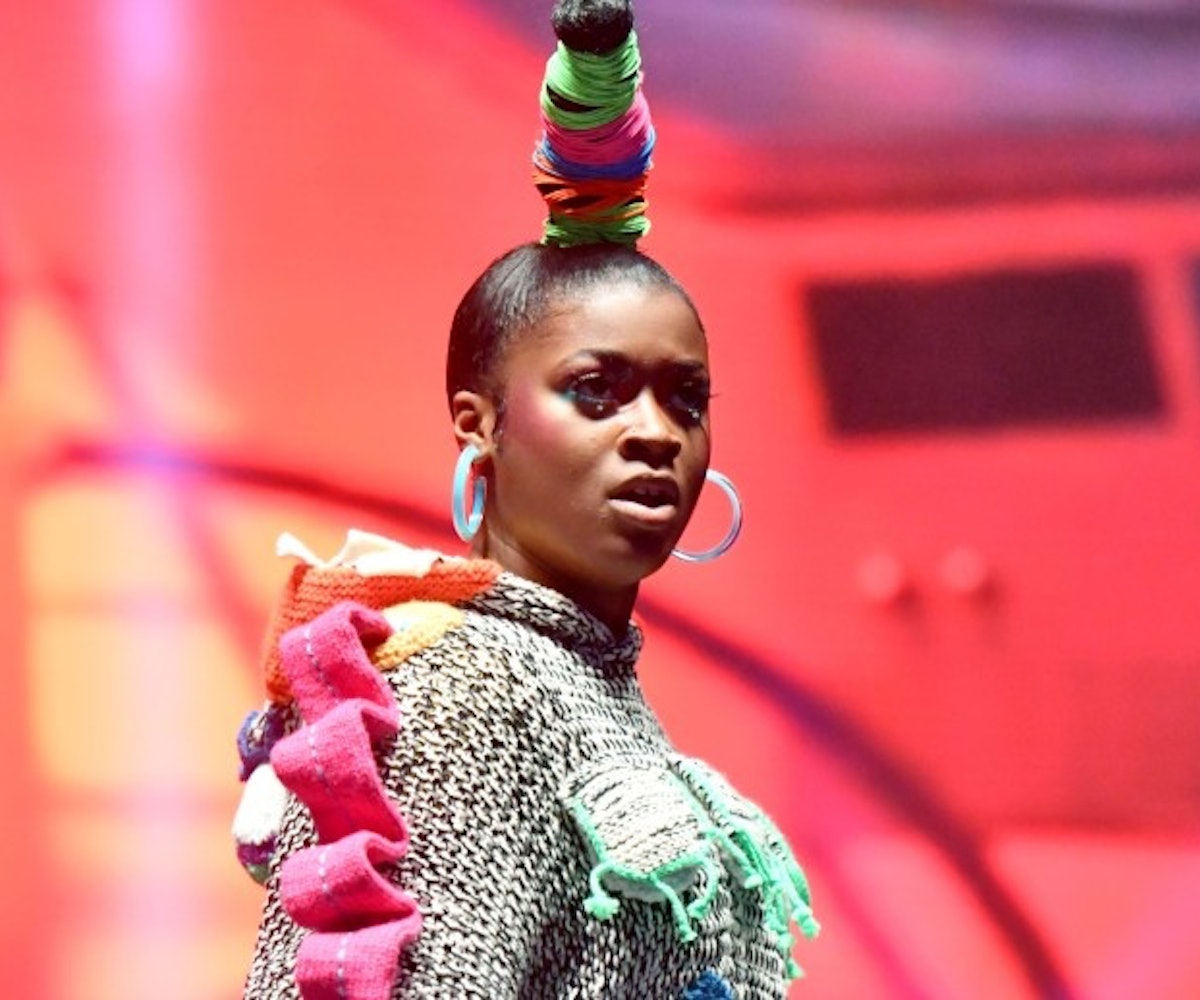 Tierra Whack is looking toward her fans when it comes to her next tour wardrobe. Whack has partnered with Adobe for What Whack Wears, inviting fans to create a pattern or design on any one of Adobe's apps. Whack and her stylist, Shirley Kurata, will then bring their favorites to life each night of her upcoming tour. In a video promoting the contest, Whack encouraged her fans to "get weird, get hype, and get creative."

Whack has stood out among her hip-hop counterparts for her loud and eclectic style, which ranges from thrift store finds to designer pieces.

"Tierra's creative energy and influence is a force, and we're thrilled to put this opportunity and our tools into the hands of young creators to design something fun, wild and uniquely Tierra to wear on stage during her tour." said Adobe's Executive Vice President and Chief Marketing Officer, Ann Lewnes. "Together we hope to inspire fans to push their creativity to the limit and give them a platform that brings their creative visions to life -- and on a massive stage"

Whack has previously discussed her love for tracking down out-of-the-way items and up-and-coming designers. While her style may seem, um, wacky, rest assured she knows what she's doing when it comes to her clothes.

"I love underdogs," she told Paper magazine back in June. "I dig and I find the gold... but don't get me wrong I know my shit. I'm, like, a costume person."

The contest opened January 13 and will close February 2. For all the details, go to Adobe's website.