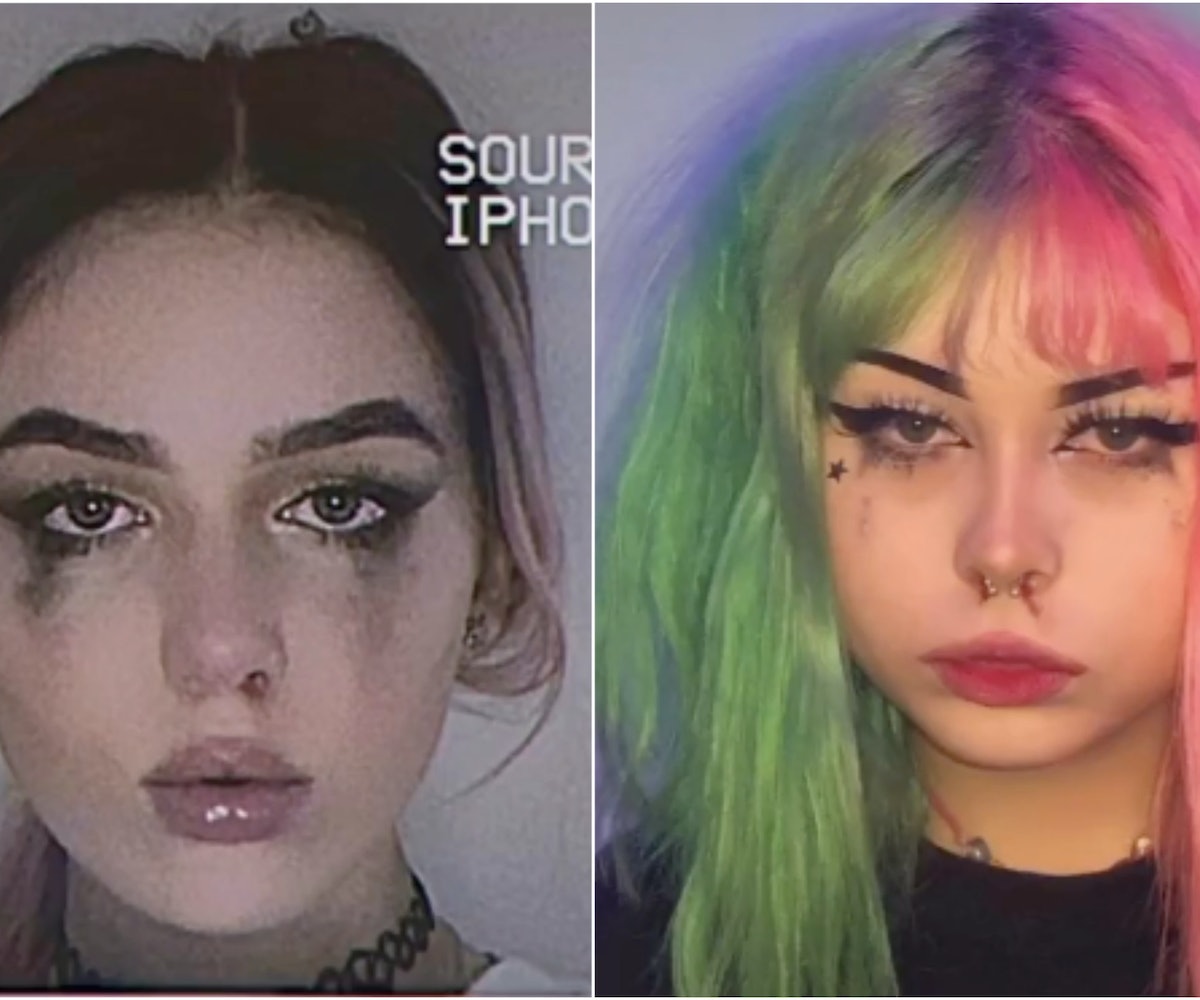 TikTok is known for a lot of things — some good, and some flat-out terrible. The latter couldn't be more true when it comes to the latest beauty trend to sweep the video sharing app, the viral #MugShot makeup challenge. The challenge sees users (mostly teens, the platform's dominant age group) using makeup and hair products to create what they think they'd look like in a mug shot photo. Most commonly, this includes smeared makeup, running eyeliner, red cheeks (presumably from crying), and even stick-on tattoos.

According to Buzzfeed, the hashtag #mugshot has over 106 million views on TikTok, with thousands of creators both big and small participating. And while the concept of imitating a police station mug shot for internet clout and a chance on TikTok's infamous #ForYou page is already problematic and tone deaf given the history and state of mass incarceration in the United States, some users are taking their looks a step further, adding fake cuts, bruises, and bloody noses.

Beauty influencer James Charles has been one of the biggest creators to hop on the trend, sharing his finished product to Twitter on April 5 — a look complete with a black eye, bloody nose, and facial bruises — only to draw serious backlash. Fans and critics alike were quick to call out all of the reasons the trend, and Charles' take in particular, were problematic, calling it "irresponsible" and "triggering" to victims of domestic abuse and assault, adding that it "glamorized violence."

After one fan shared their own abuse history and subsequent disappointment in Charles, the beauty guru responded, attempting to say there was no intention to draw connections to domestic abuse. "hi babe, I'm so sorry that you went through something so awful and traumatic," Charles tweeted. "it's a tik tok trend going around where people post their 'mugshots' and has nothing to do with domestic violence whatsoever. love you"

Following his apologetic tweet, James took to Twitter on April 6 to share his frustration with all of the backlash and subsequent media attention, tweeting: "only I could lazily smudge on some purple eyeshadow and fake blood to recreate a dumb tik tok trend and have it twisted into an actual scandal lol."

Others were quick to call out the privilege and racial insensitivity the trend ignites. "Black and Brown people face disproportionate rates of incarceration, but yts are turning fake mugshot pics into a trend?" tweeted one user. "white people doing these fake mugshots like since when did mass incarnation become cute?" shared another.

See more of the continued backlash, below.

If you or someone you know is experiencing domestic abuse, call 911 or the National Domestic Violence Hotline at 1(800) 799-SAFE (7233) or visit thehotline.org.