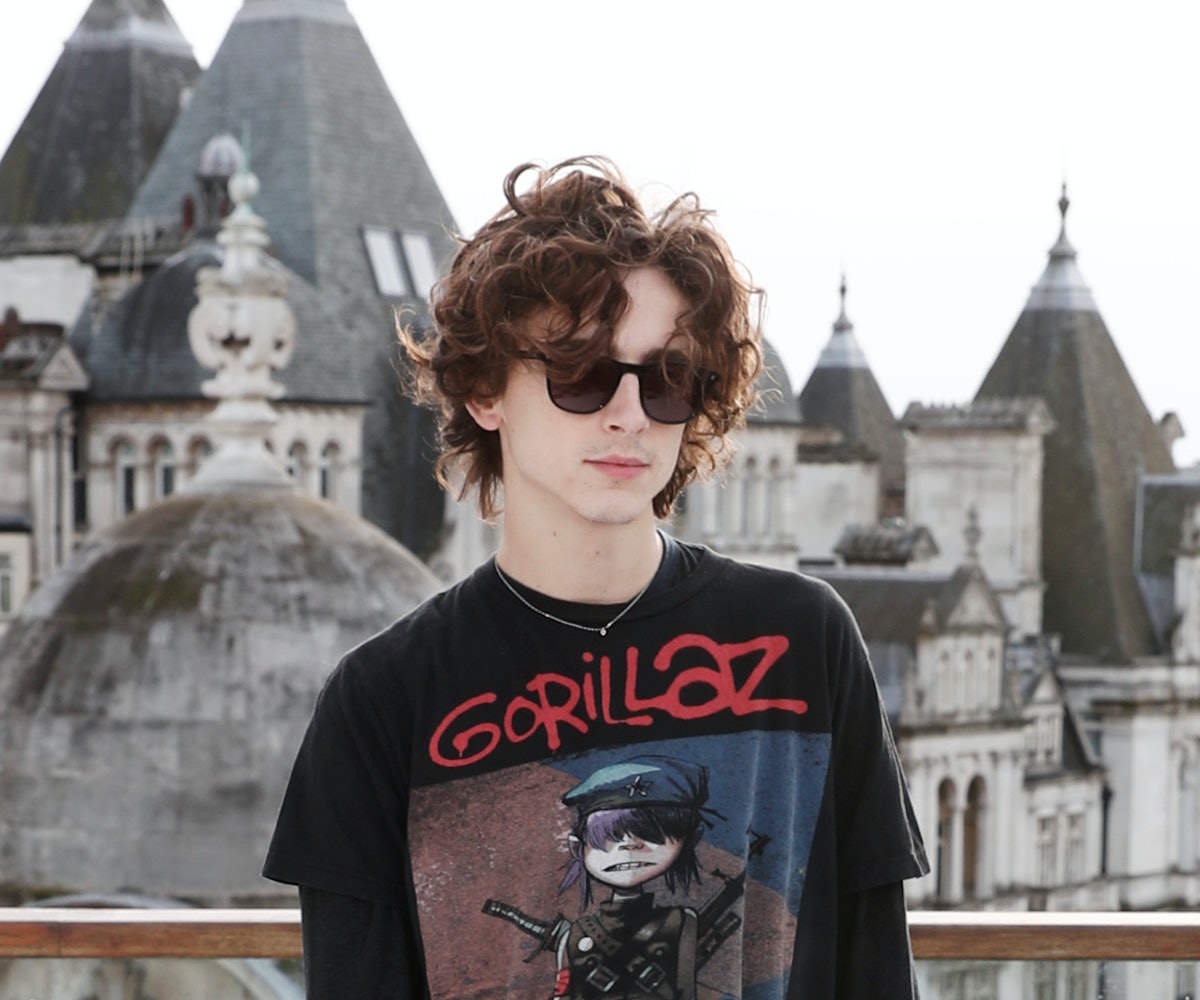 The Little Women promotional tour continues, which means we're still being blessed with plenty of Timothée Chalamet fashion. As a follow-up to Chalamet's Eiffel Tower keychain at the red carpet premiere of his new film in Paris, the actor's latest fashion choice involved Gorillaz merch for a photo-call in London on Monday.

Chalamet layered a black Gorillaz T-shirt, featuring the virtual band member Noodle, over a matching long-sleeve shirt, and paired it with Isabel Marant Homme slouchy striped pants tucked into lace-up combat boots. Since photo-calls are a lot more casual than red carpet events, it makes sense that Chalamet turned to a more laid-back look. In previous casual outings, he's been spotted wearing Kid Cudi's "Entergalactic" hoodie at Complexcon in November, a French football club jersey during an appearance on Late Night With Seth Meyers, and a Walt Disney World hoodie, along with a Legendary hat (the production company for his upcoming film Dune), while he was in New York back in September.

In this new e-boy style-like look, Chalamet straight-up looks like the emo cousin who rolled up late to the family function. A sartorial delight for everyone's Monday morning and timely outfit inspiration for a slew of upcoming holiday gatherings at home, too. After a quick Google Images search, we discovered that there may have been a time when his very exact Gorillaz tee was available to purchase from, naturally, Hot Topic.