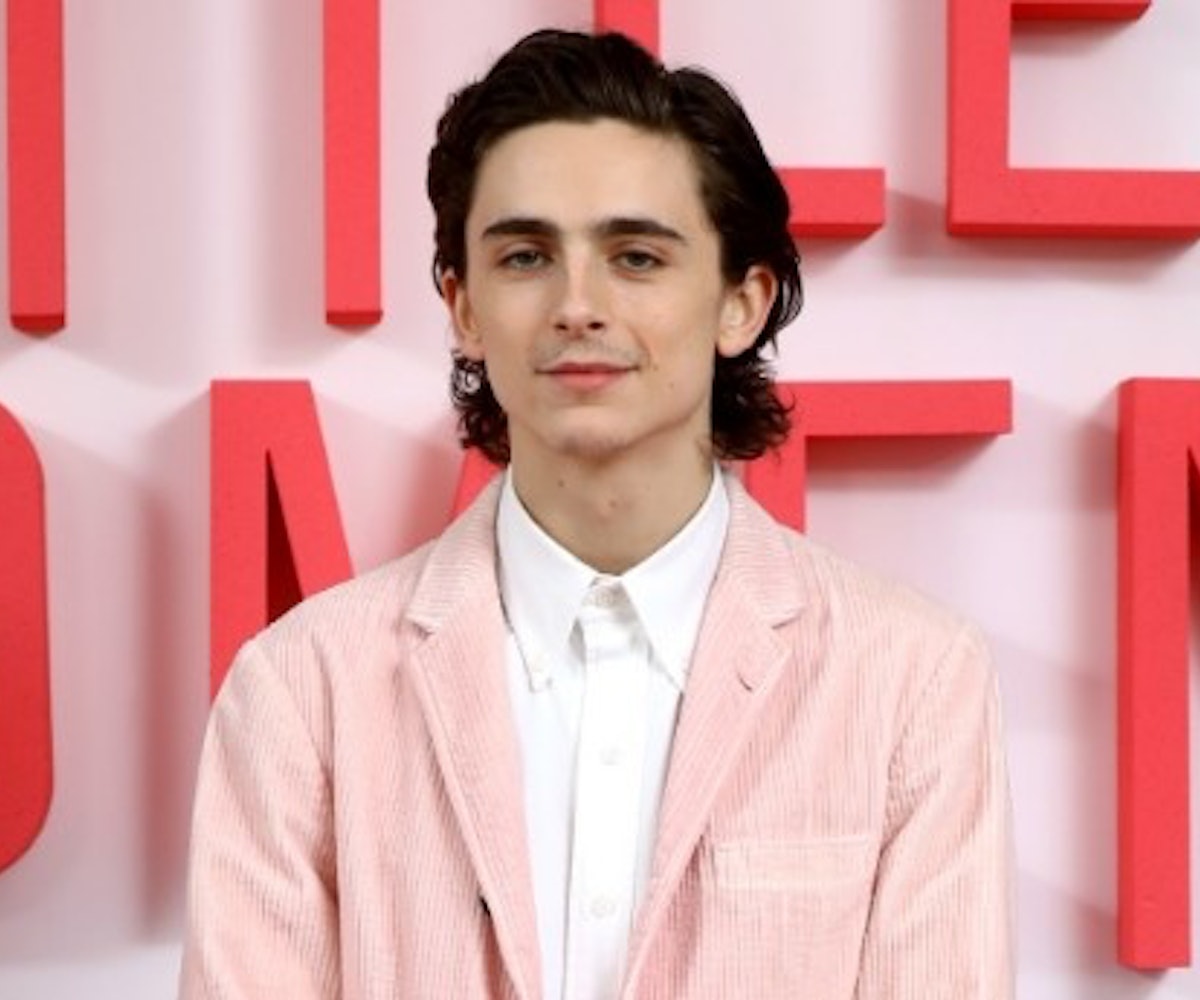 The prince of Little Women has delivered another red carpet masterpiece. Timothée Chalamet attended an evening photo-call for the new film in London on Monday night wearing a pale pink corduroy (corduroy!) suit by Thom Browne, along with a pair of limited-edition Prada x Adidas Superstar sneakers, which were just released in early December.

This is the latest in Chalamet's recent fashion coups. Earlier on Monday, he attended a daytime photo-call in London wearing a Gorillaz T-shirt, one that you could probably purchase at Hot Topic. A few days prior to that, he nearly broke Twitter when he attended the Little Women premiere in Paris wearing (another) pink suit and carrying an Eiffel Tower keychain. C'est vrai!

Chalamet's style has set him apart from the rest of young male Hollywood. Back in February 2018, he spoke with Frank Ocean for V Man about his love for fashion, claiming that he doesn't use a stylist and just tries to have fun with his unlimited designer connections.

"[Being involved] with fashion has been really fun, just as a fan. I don't want to work with a stylist or anything," he said. "I've been following designers like Raf, Haider Ackermann, Hedi Slimane — these guys are like rock stars. They're artists."

Many would probably argue that you, Timothée, are the artist. See more of his full, precious 'fit, below.