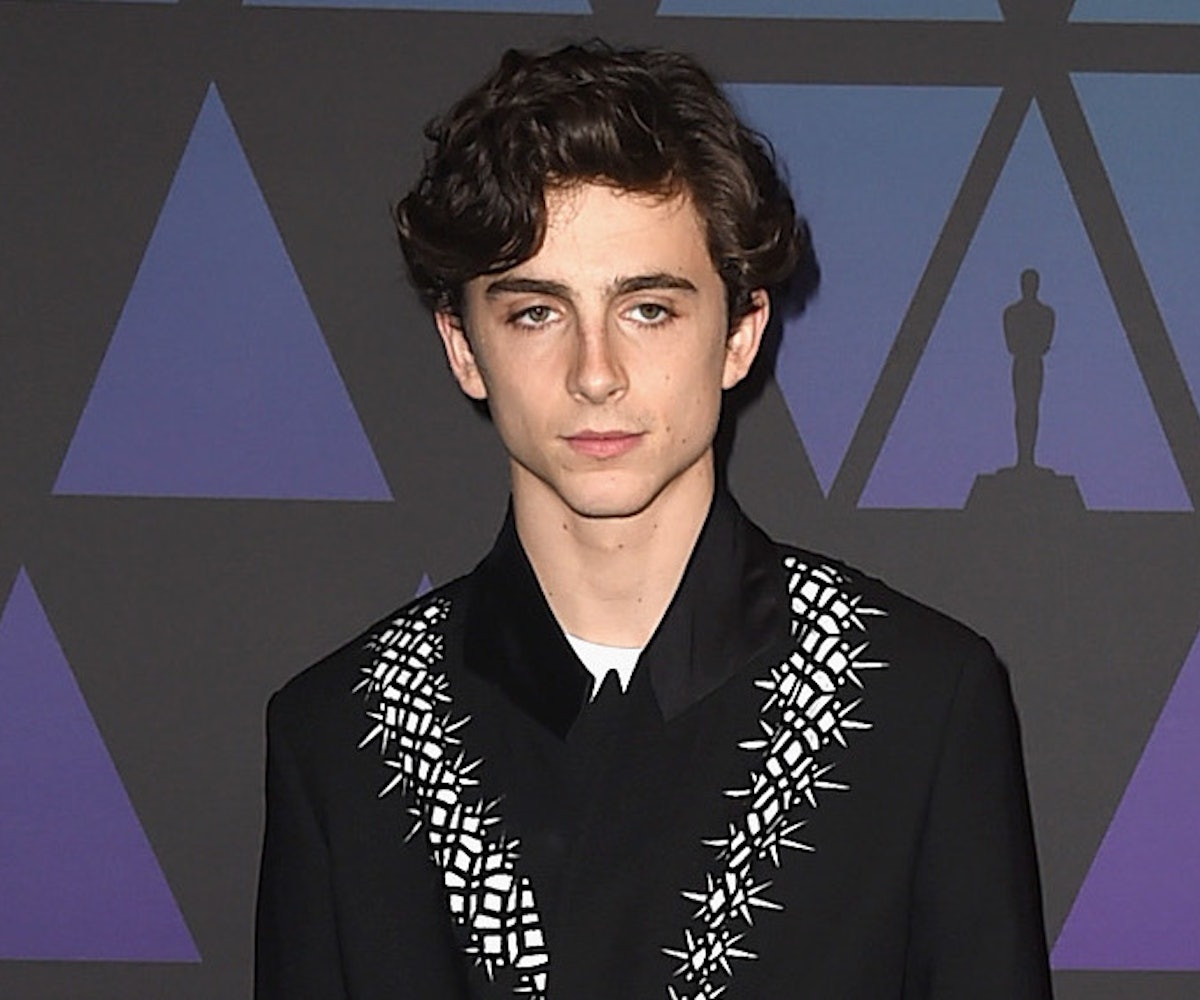 Wes Anderson has begun working on his 10th film, The French Dispatch, and, although some of the actors confirmed to be a part of this movie have been stars in some of his past works, there are a few Anderson newcomers we should look forward to. Most notably? Timothée Chalamet.

The Call Me by Your Name star will be joined by Benicio del Toro and Jeffrey Wright, as well as some Anderson regulars: Bill Murray, Frances McDormand, and Tilda Swinton. Rumors that Brad Pitt, Natalie Portman, and Léa Seydoux have also been cast are unconfirmed as of now, but, as Indiewire notes, they all have worked with Anderson before, so their casting wouldn't be surprising.

The French Dispatch is Anderson's first movie set in France, and it has begun filming in the Southwestern region of Angoulême. It's described as "a love letter to journalists set at an outpost of an American newspaper in 20th-century Paris." Contrary to previous reports, it won't be a musical.