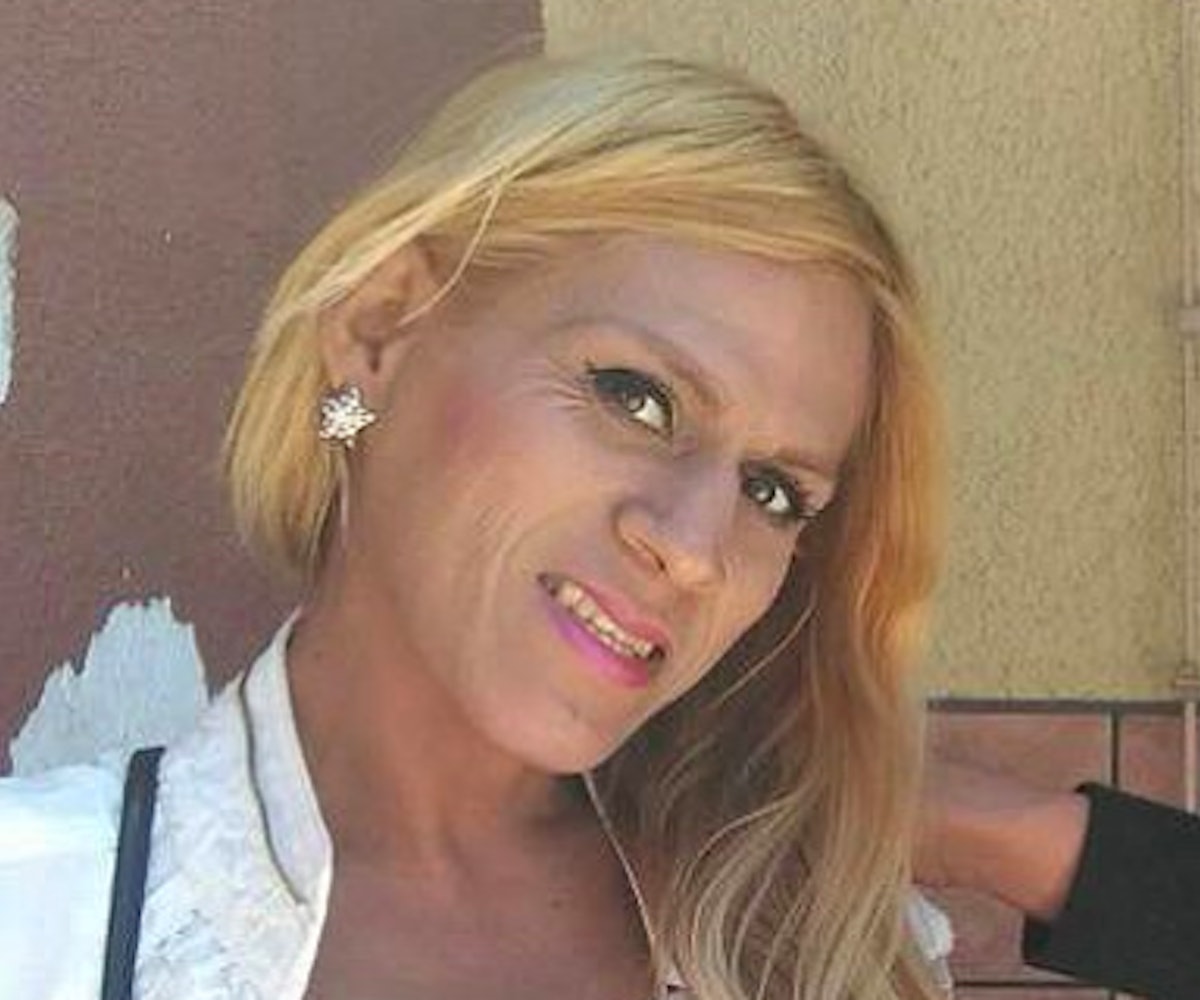 DISCLAIMER: This article speaks of issues of sexual violence and transphobia. If you or someone you know has been affected by either, you can call RAINN's National Sexual Assault Hotline at 1-800-656-4673 or the Trans Lifeline's Peer Support Hotline at 877-565-8860.

A new report from The Daily Beastfound that 33-year-old Roxsana Hernández Rodriguez, a transgender woman from Honduras who died while in U.S. Immigration and Customs Enforcement (ICE) custody, was beaten while there. She died on May 29 at the Cibola County Correctional Facility in New Mexico, a facility operated by one of the largest prison companies in the United States, CoreCivic.

Forensic pathologist Kris Sperry, who conducted the autopsy, found evidence that Hernández Rodriguez suffered from physical abuse while at the facility, showing "'deep bruising' on her hands and abdomen" which is "indicative of blows, and/or kicks, and possible strikes with blunt object." He also found hemorrhaging on her wrists which are "typical of handcuff injuries." On top of the apparent beating, Hernández Rodriguez was also severely dehydrated, which was the likely cause of her death.

Sperry wrote that Hernández Rodriguez suffered "severe complications of dehydration superimposed upon HIV infection," and the infection "made her susceptible to the physiologic effects of untreated dehydration." He continued, saying that she "developed severe vomiting and diarrhea," and also noted that other detainees who were with Hernández Rodriguez observed that these symptoms "persisted over multiple days with no medical evaluation or treatment, until she was gravely ill."

ICE is denying the accusations of physical abuse. Danielle Bennett, an ICE spokesperson, said in a statement that "allegations that she was abused in ICE custody are false." CoreCivic gave a similar statement.

Hernandez Rodriguez, who developed HIV after being gang-raped by four MS-13 members during her walk home one day, spoke with BuzzFeed News before her death about why she was seeking asylum in America. "Trans people in my neighborhood are killed and chopped into pieces, then dumped inside potato bags," she said. "I didn't want to come to Mexico—I wanted to stay in Honduras but I couldn't…They kill trans people in Honduras. I'm scared of that."