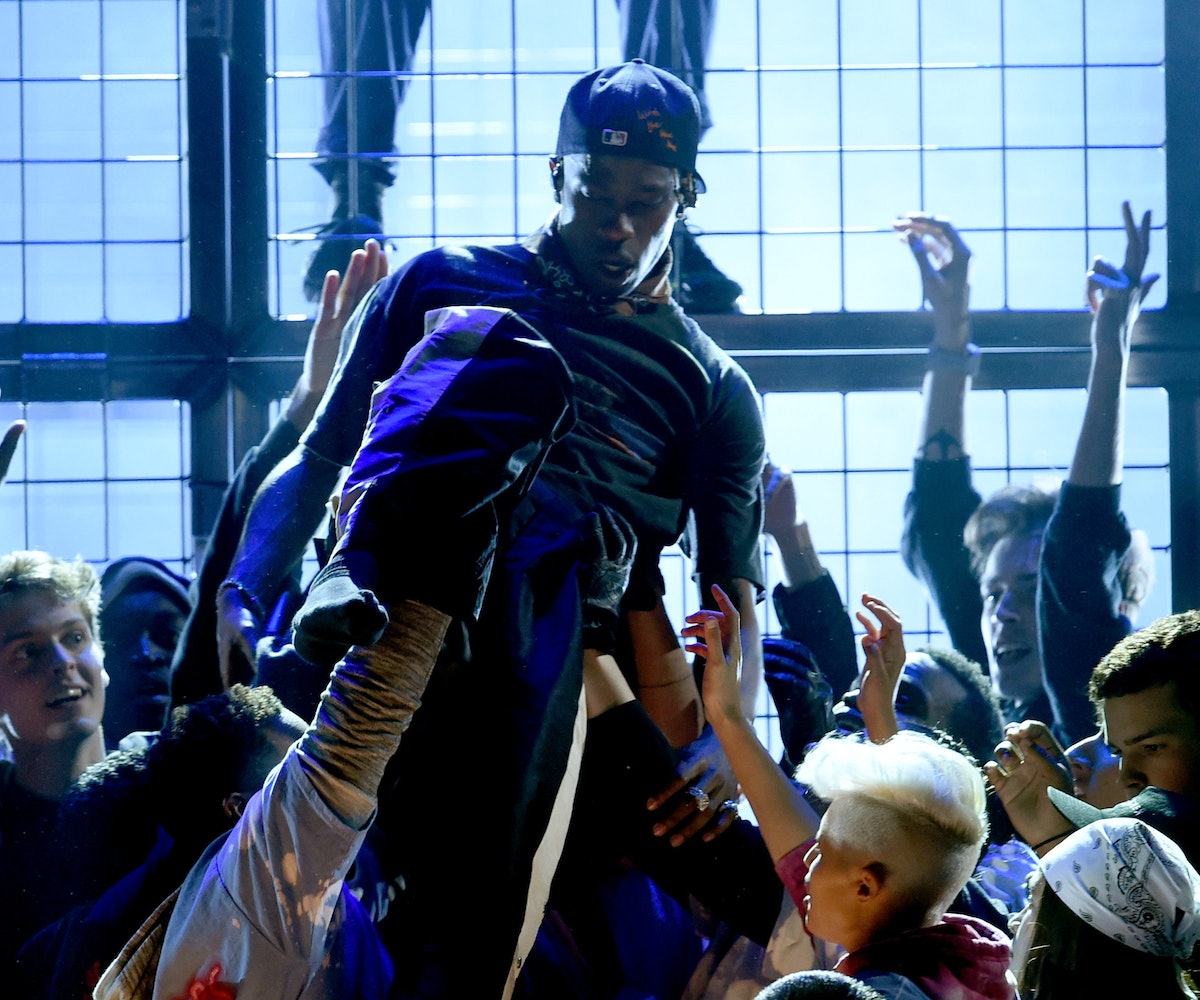 Say what you will about Kylie Jenner, but she knows how to throw a party. Case in point: In February, she held a birthday celebration for Stormi, her one-year-old daughter, during which guests had to enter through a huge, inflated version of Stormi's mouth. Will Stormi remember any of it? No. But it was a great party.

Far more likely to remember their Kylie-thrown birthday bash is Travis Scott, whose 28th birthday party happened last night. And while it would be fair to say the theme for Stormi's party was the one-year-old herself, what was the theme for Scott's party? No, really, I'm still trying to figure it out.

I've been confused ever since seeing Jenner's tour of the party on her Instagram stories: It started with a ride on an eerily lit elevator. I got excited in, thinking, OMG a horror theme! But, no.. They got off of the elevator and entered… wait for it… a gas station, packed with snacks and Travis Scott-branded paper towels and a Slushie machine. Is this convenience store cosplay?

The words "Cactus Jack" popped up everywhere. Sneakers hung from a tree, and a sneaker-shaped cake was presented to Scott, as well. Then there were glimpses into a room that looked like it belonged in an interdimensional space ship; even Jenner admitted was "tripping [her] the fuck out." The couple also got tattoos before the night was over, and Jenner bought her man a Lamborghini. Did I mention I'm broke? And also confused as to what this party was all about?

I did get one answer to my questions (thanks, Google!): "Cactus Jack" is the name of the Air Jordans Scott designed, but still I have so many questions. Help.