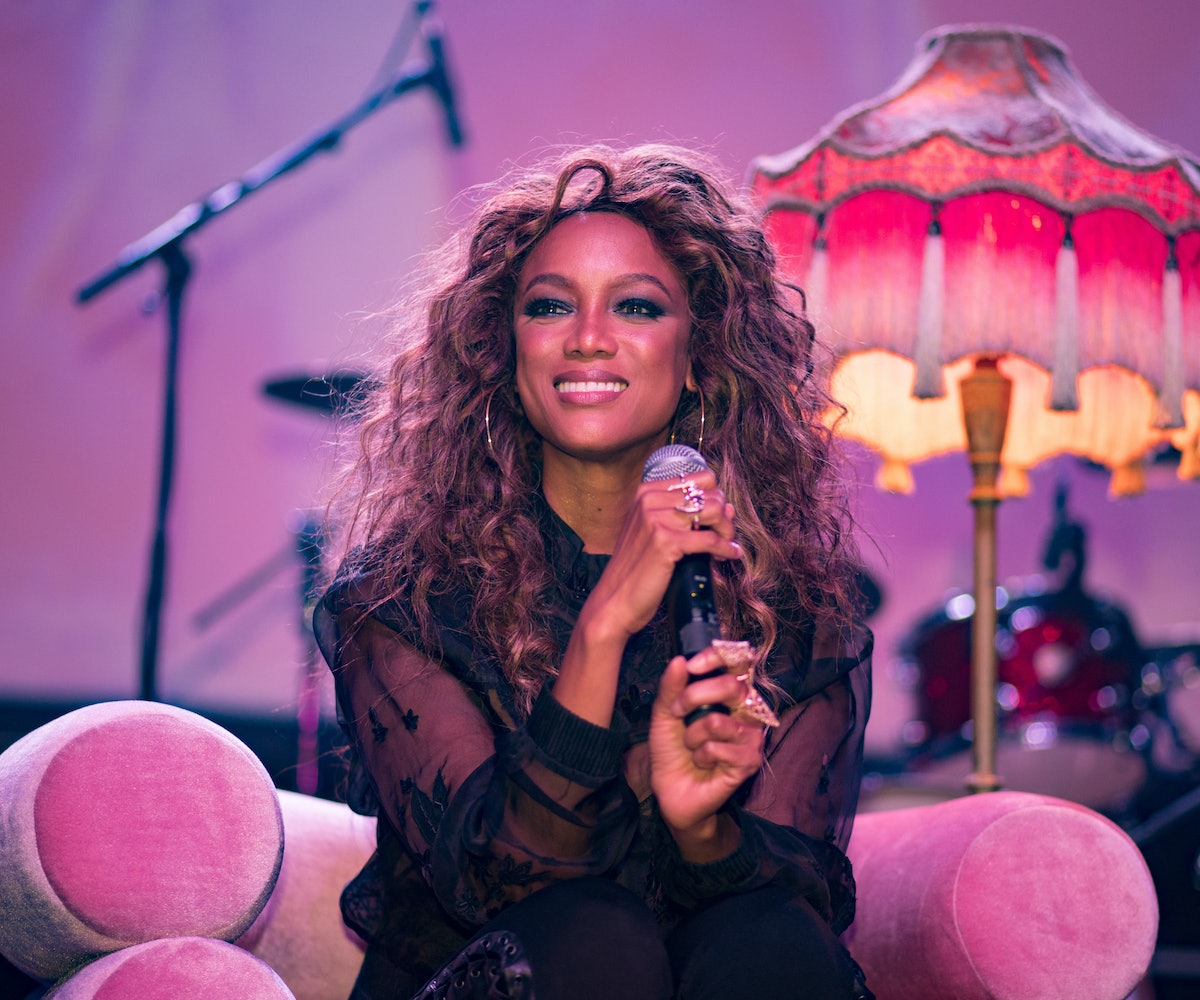 Model, mogul, and mom Tyra Banks is the cover star for this year's Sports Illustrated's Swimsuit edition, and she's looking better than ever in a yellow string bikini. The internet is rightfully shook.

Banks, who is 45, acknowledged the cover as a personal accomplishment and motivation for anyone who has been told they weren't good enough because of their age or body. According to People, for this cover, Banks recreated her iconic polka dot bikini look from the 1997 Sports Illustrated shoot, which marked the first time a Black model ever appeared by herself on the cover of the magazine.

"We couldn't find the exact one in the archives—it was the polka dot bikini so we recreated that bikini," she said, according to People. "I recreated it [the shoot]—25 pounds heavier."

This cover also marks Banks' first modeling gig since she retired in 2005. She's spent the last decade dominating television with her own talk show and spearheading the phenomenon that is America's Next Top Model. She's also started a cosmetics line, written a book with her mom, and given us theLife Size sequel we deserve.

This is her third time appearing on the Sports Illustrated cover. We stan a legend who does not age.

NEXT UP
Culture
6 Shows To Binge Once You've Finished 'The White Lotus'
Culture
Phoebe Dynevor Will Not Return for Bridgerton Season 3
Culture
Succession Season 4 Trailer Explodes With Family Drama
Entertainment
Beyoncé Is Now The Most Awarded Artist In Grammy History
Style + Culture, delivered straight to your inbox.