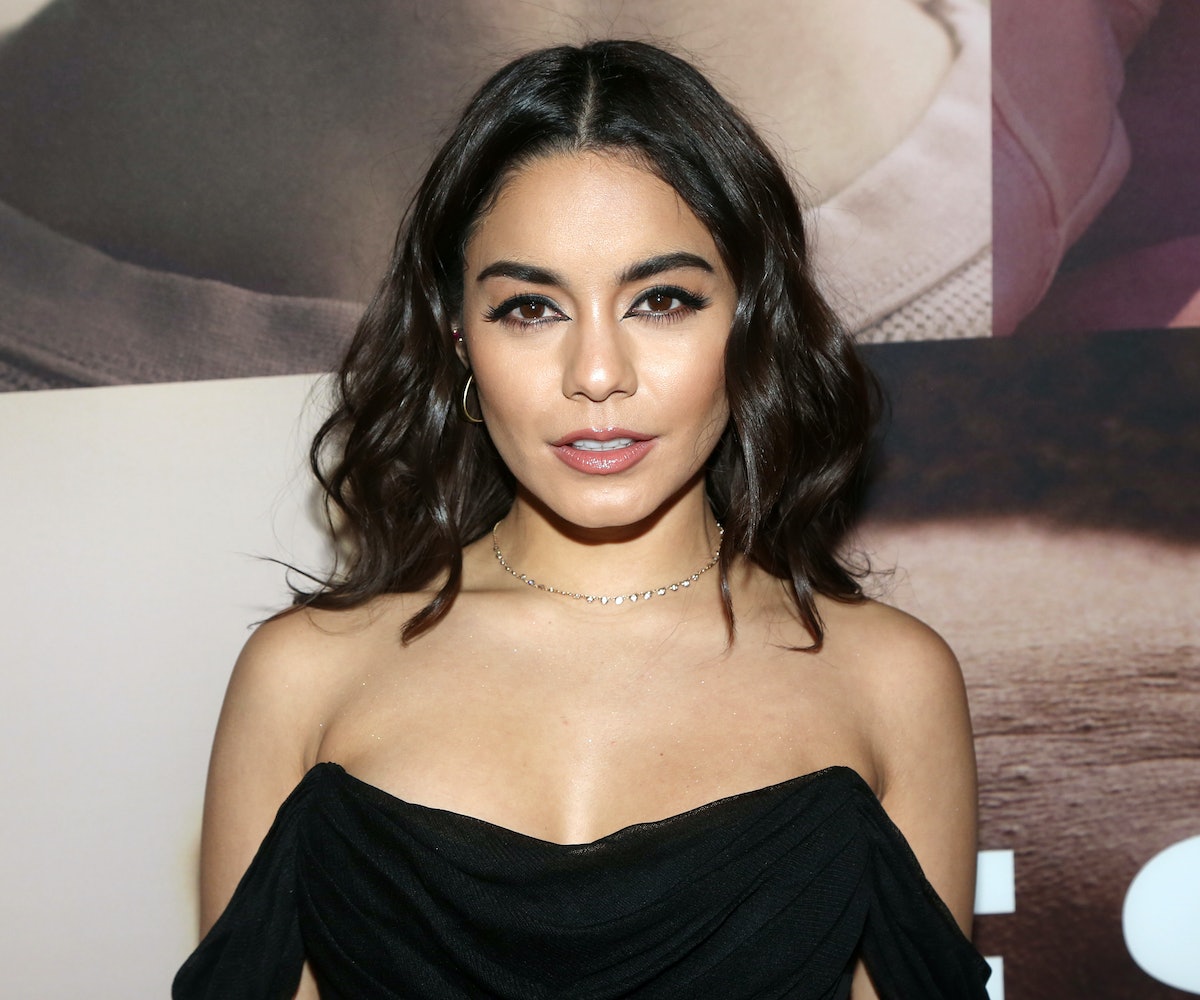 For her latest Instagram update amid continued social distancing, Vanessa Hudgens said she's embraced fake tattoos and pigtails. The former High School Musical star has remained active on social media throughout the global pandemic, and after previously sporting her voluminous natural curls, the star has switched up her style, turning to some childhood inspiration.

On April 15, Hudgens posted a set of images to her Instagram Story, writing, "I'm wearing my hair in pigtails and putting on fake tats. I feel like I'm 8 again lol lock down mode." The first picture appeared to show her bikini line, and beneath that she applied a fake tattoo, tagging Inkbox Tattoos.

For those unfamiliar with the company, Inkbox works with professional and amateur tattoo artists, creating temporary ink that can last anywhere from one to two weeks. Its current roster of featured artists includes designs from GirlNewYork and Humblebee. Additionally, customers are welcome to create custom designs. As for her specific ink, Hudgens is wearing the Chaos tattoo from a collection between Atticus and Inkbox.

Throughout quarantine, Hudgens had shared a steady stream of beauty routine updates with followers. Just two days prior to her fake tat unveiling, she wore braids, and prior to that she created a video featuring her pigtails and shared a bright blue eyeliner look. Her bright orange mani has also remained a constant, appearing in many of her pictures.

Hudgens isn't the only celebrity trying out new looks for the social media world to see. Other stars including Dua Lipa, Ariana Grande, Kylie Jenner, and Bretman Rock have all spent this time testing out new hair colors, natural hair, and fun beauty routines.

See her temporary tattoos, and selfie dispatches from quarantine, below.