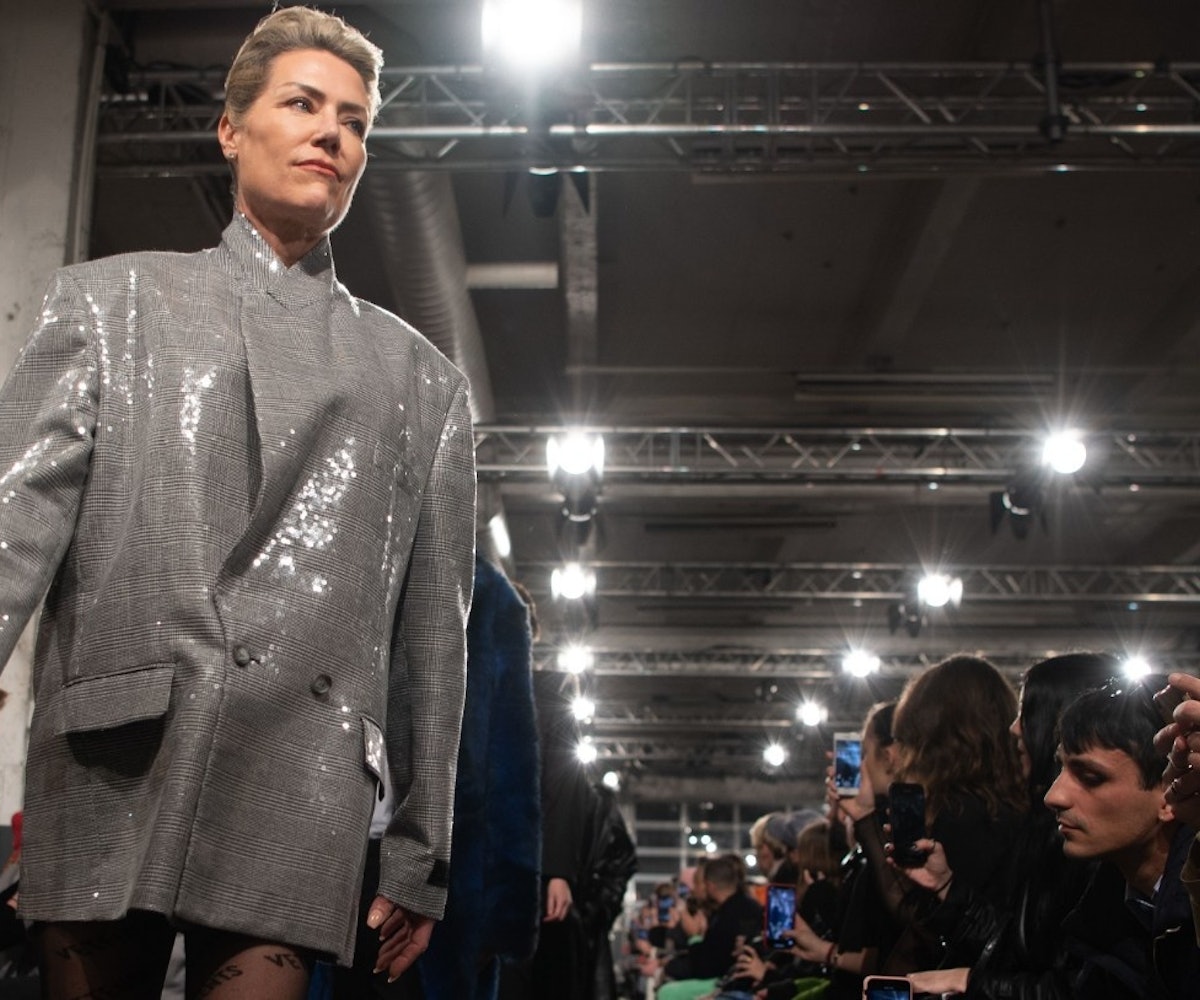 Men's Fashion Week is in full swing in Paris, and sticking with industry tradition, the Vetements Fall 2020 runway show was more than one hour late on Friday. But perhaps the major delay was well worth it, as some of the models who walked caused a number of double takes, thanks to their eerily similar resemblances to a handful of well-known celebrities.

For starters, there was a Kate Moss doppelgänger with the same tousled dirty blonde hair as the supermodel, dressed in a short gold dress that she would 100-percent likely wear. Then there's the obvious Mike Tyson impersonator, sporting the boxing champ's well-known face tattoo. An Angelina Jolie-inspired model also made an appearance, complete with a red carpet-ready look: a long black gown, bold red lip, and an evening-inspired voluminous hairstyle. (If only the gown had a thigh-slit for her viral right leg.) There's also a model who reminds us of Snoop Dogg, wearing the rapper's signature pigtail braids, as well as a "Naomi Campbell," who wore a silver gown and long fur coat — an ultra-glam look that we've seen her wear before. Finally, there was a dead ringer for iconic Hollywood star Sharon Stone (above).

It's no surprise that Vetements, now without its public-facing Creative Director Demna Gvasalia, would put a tongue-in-cheek spin on its runway collection, as the brand is known for designing with the utmost sense of irony. Plus, sending a few head-turning models down the catwalk makes for prime social media content and industry gossip for the rest of fashion week. Vetements, you trolled us again!

See all of Vetements' celebrity look-alike models, below, and decide for yourself.

NEXT UP
Fashion
Apple Martin Is A Chanel Girl Now
Fashion
The Best Celebrity Fit Pics From Paris Men’s Fashion Week
Fashion
R&B Artist María Isabel Is Making Room For New Style With Nuuly
Fashion
Telfar Thinks You Need An It Wallet To Go With Your It Bag
Style + Culture, delivered straight to your inbox.