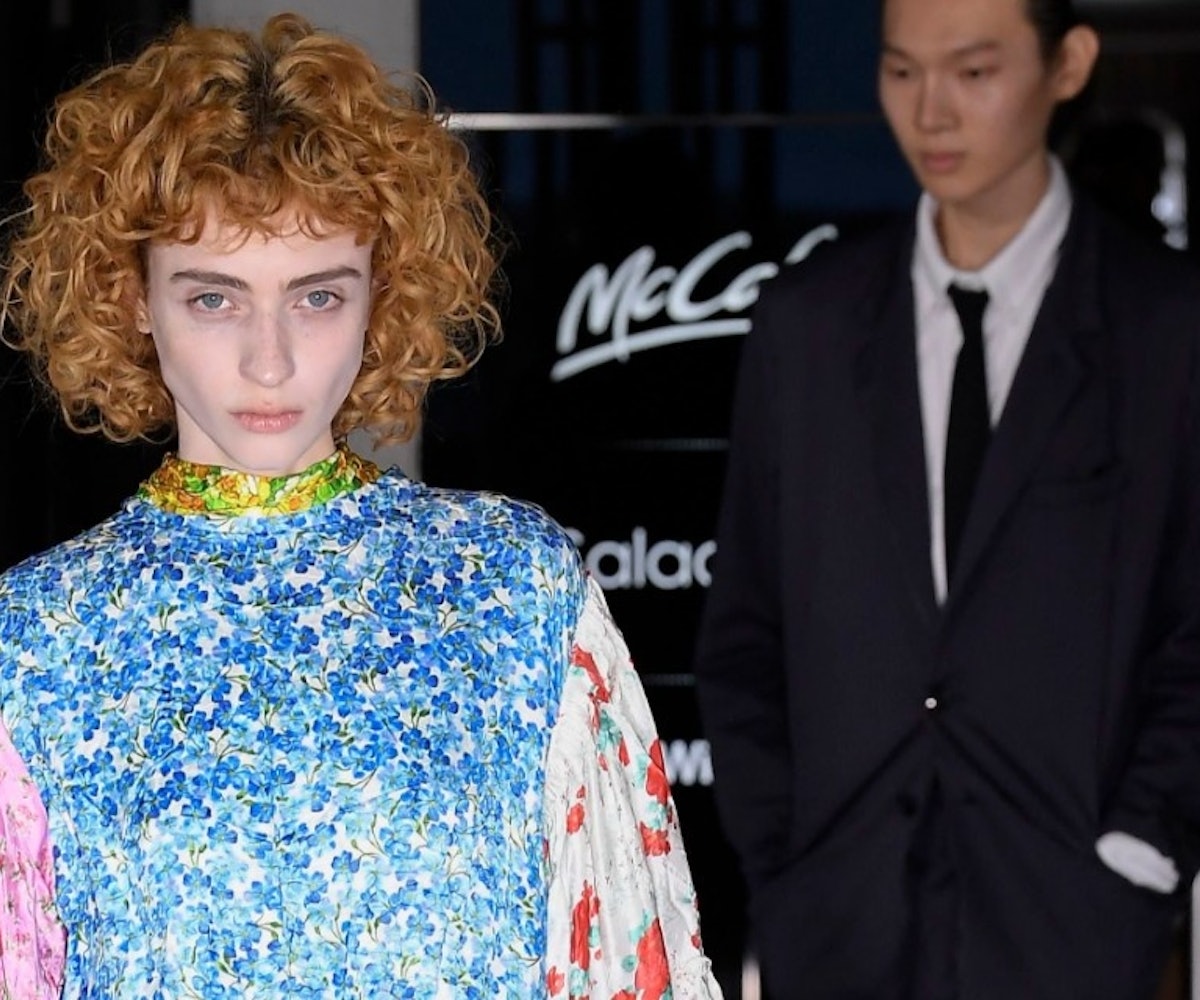 In addition to oversized (and overpriced) hoodies, sock boots, logo-crotch jeans, and sculptural puffers, Vetements has brought us one of the fastest-rising designers of this decade: Demna Gvasalia. In September, however, he stepped down from his designer role to focus fully on his gig as the creative director of Balenciaga, and now the Paris-to-Zurich-based fashion collective has plans to find the next group of buzzy designers. In 2020, co-founder and CEO Guram Gvasalia aims to launch a new platform for young talent, according to a new report in WWD.

During the publication's Apparel & Retail CEO Summit on Wednesday in New York City, Gvasalia revealed that the up-and-coming incubator will provide mentoring for design students, which will involve visiting schools across the globe to speak about the fashion industry, as well as provide scholarships and co-working spaces within the Vetements offices. "Most of the time it's probably not one person who is designing the brand. No, at the big brands, they have 60 people under the designer," said Gvasalia.

Empowering the next generation of designers has been a growing focus throughout the industry, as major companies, retailers, and brands launch their own incubator programs to foster new talent. Over the summer, Yeezy alum and Parsons grad Maisie Schloss debuted her own brand Maisie Wilen on behalf of Kanye West's newly founded creative incubator. Retailers, such as Net-a-Porter, Moda Operandi, Nordstrom, and MatchesFashion, have invested in supporting brands that are bound to be the next big thing, and most recently, Dover Street Market has launched a platform for emerging labels, dubbed Dover Street Market Paris, with its first-ever line release by DJ (and fashion favorite) Honey Dijon in October.