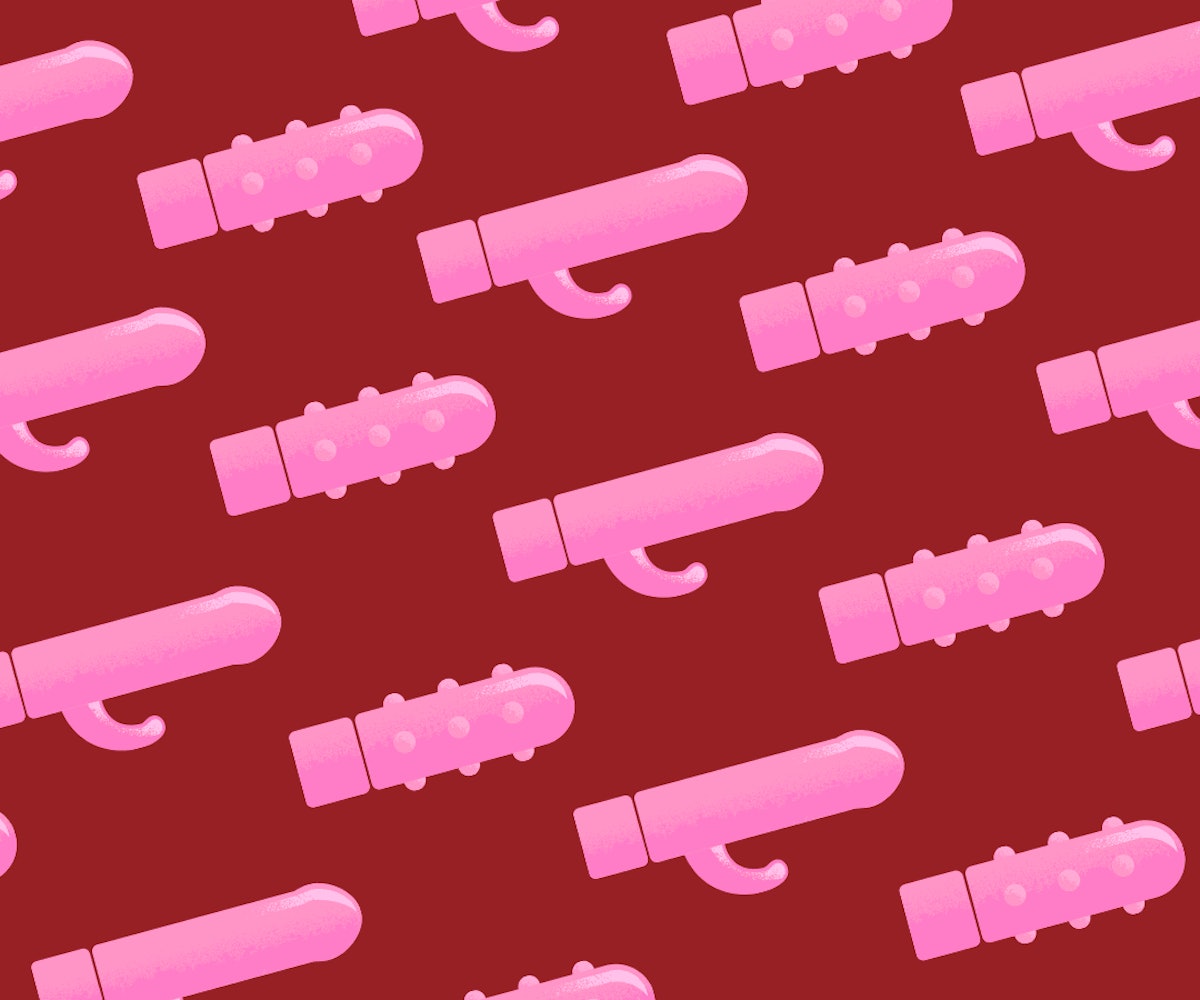 My childhood friends and I bought our first vibrators together at 18. We were sexually curious but also sexually frustrated and probably watching too much Sex and the City at the time. More than a decade later, I've cycled through a handful of versions. Portable ones, medium-sized ones, the kind that would make my grandma blush. I'd co-existed with mine for so long, I guess I'd forgotten that some people… hadn't. When the topic of vibrators came up with my two 20-something roommates, I quickly texted a handful of college friends, inquiring as to just what they do behind closed doors, and found out that the majority have never used or owned one. What do you do at night after a long day? I thought. Scroll through Instagram? Go to the gym? Read? There are better options.

It can be hard to convince first-timers of this though, especially with the stigma surrounding sex toys. My first introduction to vibrators was by way of, again, Sex and the City. While the infamous Rabbit episode is memorable, there's also another episode, in which Miranda's housekeeper Magda reorganizes Miranda's nightstand "goody drawer," and replaces her toy with a statue of the Virgin Mary. Miranda being Miranda (and one of the more progressive and vocal and best characters on the show), confronts Magda about the swap, telling her: "Magda, what I don't need is another mother… I need a housekeeper who will stop judging me because I'm a 34-year-old single woman living in New York. I drink coffee and have sex and buy pies and enjoy battery-operated devices." By the end of the episode, Magda leaves an array of nicely organized condoms in the drawer.

If you don't have the strong will of Miranda though (and not many women do), there can still be a cloud of embarrassment surrounding sex toys, as Babeland sex educator and brand manager Lisa Finn tells us. And it's not just stemming from cultural shame, but many women also have the idea that there's something wrong with our bodies or sex lives. "While we definitely hold space for those feelings, we want to reframe it as this: Seeking pleasure is something we do in our everyday lives, and framing sexual pleasure in that same mindset can really help out with normalizing it," Finn says. "Now, think of sex toys as tools for this—simply things that make reaching that goal of pleasure easier, more accessible, or that give you a new and exciting way to do so." She likes to say that vibrators and sex toys, in general, can be like the toppings on an already delicious sex life. "It doesn't mean you're not enjoying what you already have, you're just adding in a little extra flavor."

The number of vibrators on the market right now is welcome, but it can also be overwhelming. Vibrators don't just vibrate anymore, and they don't all look like back massagers. They pulsate, they gyrate, they suck, and they can be placed on top of your dresser instead of in the drawer, thanks to the many new aesthetically pleasing designs.

She also recommends taking advantage of sales members if you're buying IRL from a store. They're literally hired for their expertise and are more than willing to help you out. "Don't be shy to tell them that it's your first time shopping, and talk through your likes, dislikes, wants, and needs. As someone that works in a sex shop, I can guarantee you that it's not embarrassing at all," Finn says. Places like Babeland will also often have displays of toys. "Take time to turn them on and/or feel them—in your hands! Does it feel too small or too big? Too heavy? Too strong or not strong enough? Do you like the color and the design? Yes, this matters, you don't want to take something home you'll want to hide away and not ever look at!"

But the most important thing to do is prioritize your needs. "You want to be leaving with something that feels right for YOU," Finn says. "And that might not be the 'best seller' or the 'most popular' toy, because bodies and tastes are different!" Don't overthink it too much or rush yourself either. Taking your time to get in touch with the kind of touch you prefer is the best kind of self-love.