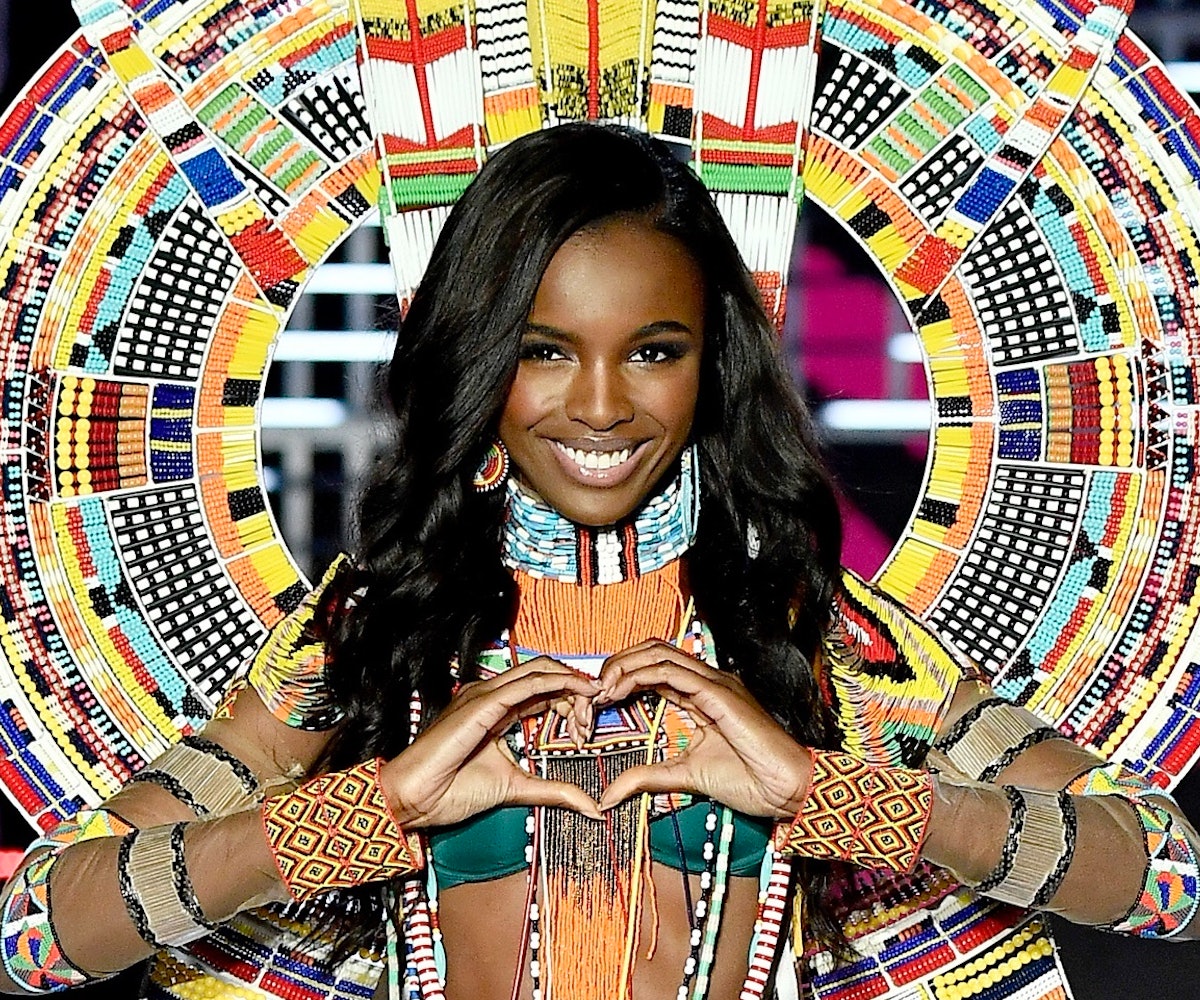 26-year-old model Leomie Anderson just became Victoria's Secret's newest Angel, making her only the sixth black Angel in the 22-year history of the role. Yes, you read that right. Out of 40 total Angels since 1997, six have been black, and zero have been Asian. This statistic is pretty abysmal, and speaks to the brand's controversial views on inclusion.

Last year, CEO Ed Razek came under fire for his transphobic and fatphobic comments, tarnishing the brand's reputation. Victoria's Secret has yet to extend an olive branch to the groups targeted in Razek's comments, but the hiring of Anderson could be a step toward a slightly more inclusive future.

The British model joins the likes of Tyra Banks and Chanel Iman, an honor that's not lost on her. Anderson took to Instagram to express her gratitude, writing, "Mate, I'm still in shock...This is something I was even scared to dream about because I never thought it would come true but I am insanely excited to announce that I am Victoria's Secret's newest ANGEL!! I can't believe it…"

Famed Angels like Heidi Klum to Adriana Lima have walked the Victoria's Secret Fashion Show runway, making the coveted role a dream for many Victoria's Secret models. After three attempts, Anderson first got her chance to walk as a model in 2015, and has walked in four shows since. She's also modeled for makeup brands like Pat McGrath and Fenty Beauty, and even has her own brand and blog, LAPP (Leomie Anderson the Project the Purpose) to empower young women and give them a platform to share stories about their experiences.

Though Anderson's hire is slightly better than the two Angels before her, the brand still has a lot of work to do. Representation has never been Victoria's Secret's strong suit, but we hope that Anderson will be the change the lingerie powerhouse so desperately needs.