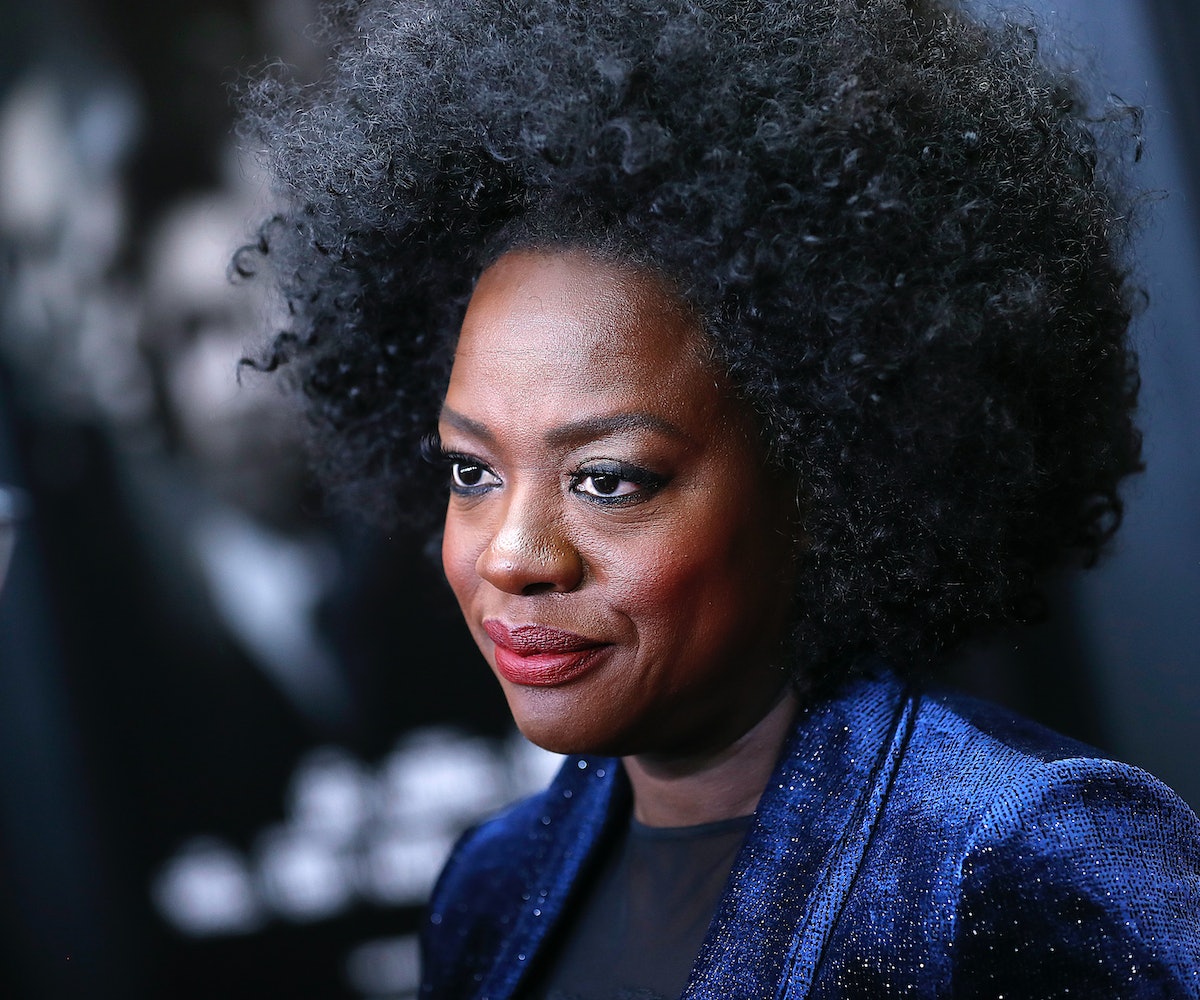 Viola Davis was doing everything "right" when she was diagnosed as pre-diabetic. She was working out and eating healthy foods; she was at a normal body weight, according to Western medicine standards; and then, an A1C test showed that her blood glucose levels were elevated. Hers isn't the origin story we typically hear about people who have Type 2 diabetes, a disease with which over 30 million Americans are currently living. Instead, we're more likely to hear about how people with Type 2 diabetes got it because of their own behaviors; we're taught to view it as a self-inflicted punishment for those who don't follow the exact rules of healthy lifestyle blogs. It's precisely this harmful stereotype that Davis is working to fight.

That's what she tells me, anyway, when we talked recently, on the night of the screening of a new documentary she narrates, A Touch of Sugar. Directed by Ani Simon-Kennedy, it combats the myths surrounding diabetes and "healthy" lifestyles. Davis told me that when people found out she was pre-diabetic, they had similar reactions. She said about the many misconceptions: "It's like, 'You caused it!' 'You're the one who got diabetes because you eat too much.' 'You're overweight.'" Davis continued, "There are some overweight people who don't have diabetes. Okay? Then, people who are thin who have diabetes."

The truth of the matter, according to Davis is this: "You don't know what the root cause of your diabetes is. You have no idea until you explore it. There could be any number of reasons; it is a complicated disease, and that is why the stigma needs to be released and the conversation needs to be had, so people can manage and live with the disease in a comprehensive way." Still, when a person develops diabetes, they are often shamed for their weight and lifestyle choices; they're judged for how they look and deemed fit for punishment because of it.

It's not just an issue of weight-shaming, either; race and class also play a big role in how diabetes is perceived, and how treatment is dictated. According to the filmmakers' statistics, nearly 13 percent of African Americans have been diagnosed with diabetes, and they are more likely than any other group to experience serious long-term health problems over time from the disease. Latino adults are twice as likely to be diagnosed with the disease as white adults. Davis feels the impact in her own family. Her aunt had to have her legs amputated, and two of her sisters are currently living with the disease. Knowing how the disease disproportionately impacts marginalized communities was one of the reasons she signed on to do the film. But Davis was the most passionate when she addressed poverty, telling me: "When you have no money, you have no access. You barely exist when you're poor. That's not how I feel. I'm not just saying that. I grew up poor. That's how society feels."