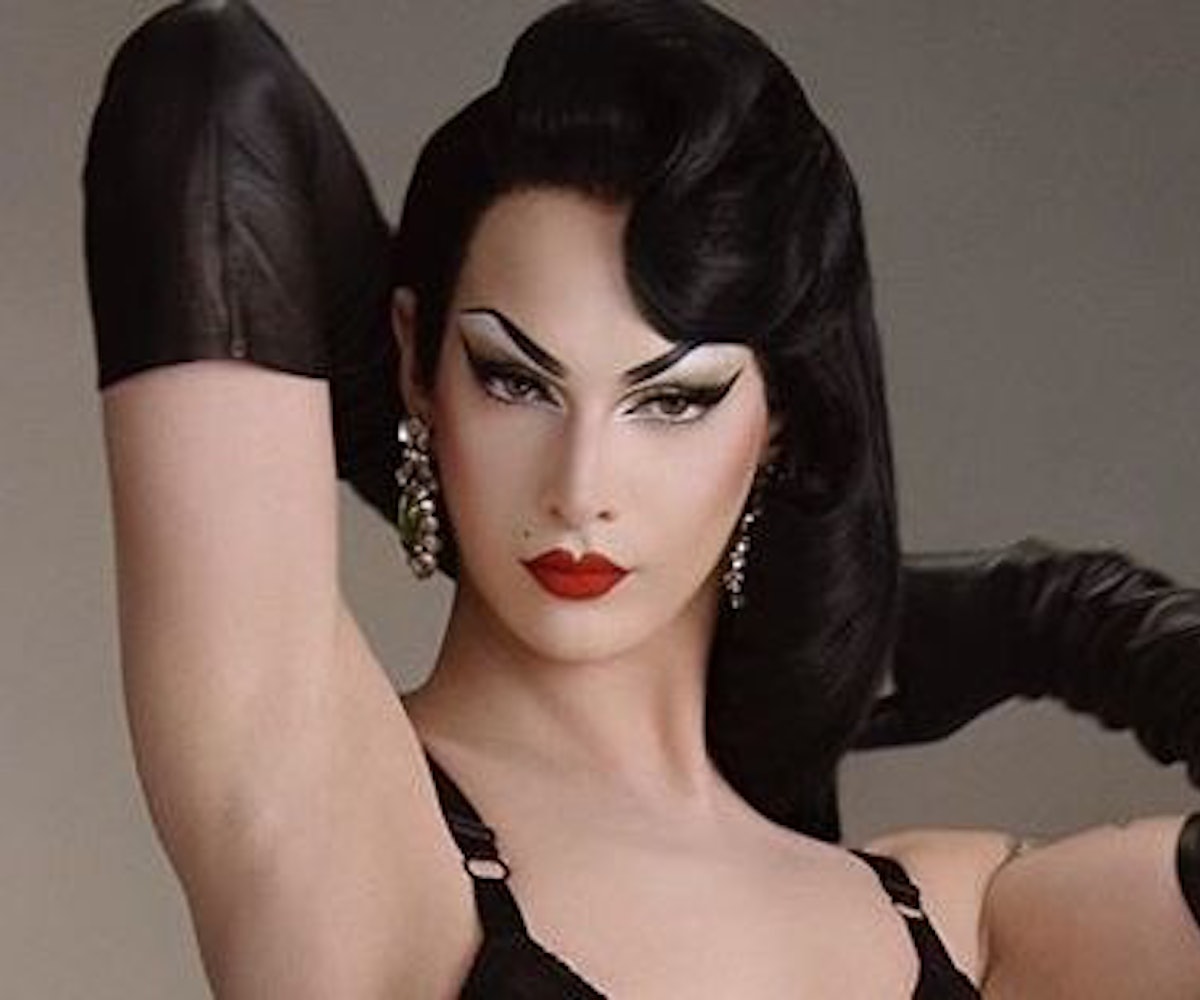 Chachki, who told Vogue that she hung up McGrath's and Meisel's work around her childhood bedroom, called the opportunity to work with the British makeup artist "surreal." "How exactly did I get to this point? I have to pinch myself!" the drag queen said to Vogue.

Mother, as McGrath is lovingly called, is equally in awe of the Drag Race winner, telling Vogue that "Violet is a fabulously disruptive style icon who's distorting the gender binary. Violet embodies the epitome of vixenish vintage glamour with her velvety skin and beguiling burlesque aesthetic."

Between her Met Gala appearance, Fashion Week debut, and now a Pat McGrath Labs campaign, Chachki, who just announced that she is embarking on a solo European tour in the fall, has clearly established herself as a fashion world fixture.

"I started as an inexperienced drag queen with awful makeup serving daiquiris to obnoxious bachelorette parties," said Chachki to Vogue. "Now, I work with legends and am starring in one of the most progressive beauty campaigns. Anything is possible."