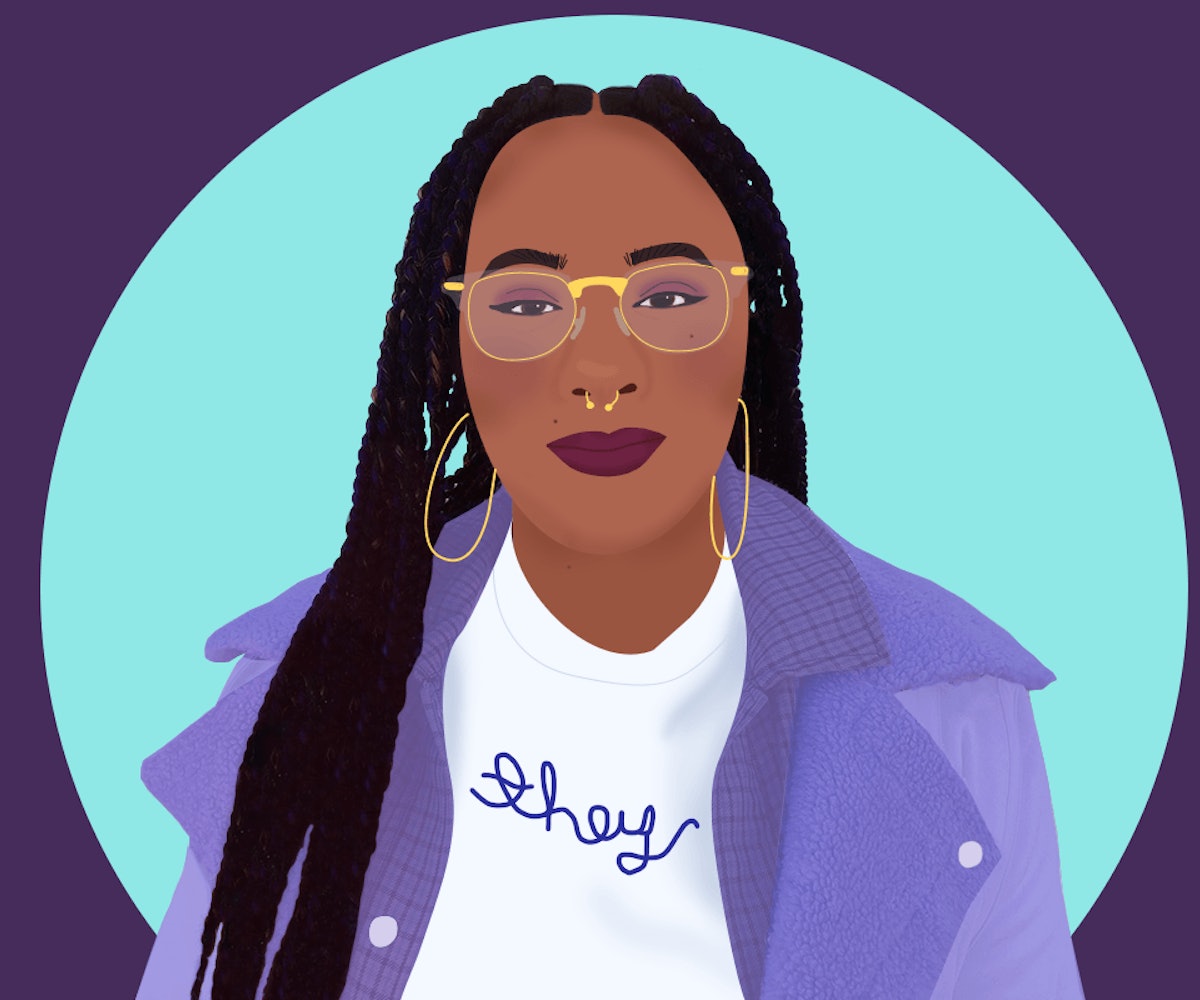 Our nation's mistreatment of Black femmes in health care can be traced to Dr. James Marion Sims, the "father of modern gynecology" who experimented on enslaved Black women without anesthesia, due to his racist beliefs of Black people not being able to experience pain. This racist belief system is still tacitly practiced within the health care system, where Black patients are undertreated for pain by white health care professionals. Furthermore, the racial empathy gap practiced by health care professionals is heightened due to a person's perceived socioeconomic status, which has resulted in better treatment for not only wealthier patients, but even those assumed to be wealthier, a status marker often associated with skin color, yes, but also gender and body type.

To navigate our country's health care system as a fat Black queer femme means to interact with implicit systems of power and privilege that dehumanize your lived experience of illness. Evidenced by Serena Williams' health complications after childbirth, Black women and femmes' cries for medical treatment are dismissed by health care professionals. This is an experience that Walela Nehanda lives through on a daily basis, as they seek medical treatment for their blood cancer, all while being disbelieved by health care professionals. Nehanda's search for appropriate treatment makes clear why, compared to any racial and ethnic group, Black people in the United States have the highest death rate and shortest survival rate for cancer.

When Nehanda first went looking for answers about why they weren't feeling well, the health care system labeled them an addict, a racist designation all too often assigned to frail Black people seeking medical treatment at emergency rooms. Despite their physical conditions of shallow breathing, dizziness, and the inability to walk properly, health care professionals dismissed potential diagnostic tests, until one nurse advocated for the blood test which resulted in Nehanda's leukemia diagnosis.

"Ever since then, that hasn't changed," Nehanda says. "No matter where I am or where I go, I am constantly questioned about the validity of my disease from health care professionals to racist white people online, and those assumptions are not informed by anything except stereotypes meant to delegitimize and dehumanize Black people, and specifically Black femmes."

Medical studies have found significant racial disparities in what happens after Black and white patients with blood cancer seek medical treatment. But even before seeking treatment, differences can be felt—and the dividing lines aren't just racial, but also have to do with body type. Prior to their cancer diagnosis, Nehanda received numerous compliments from family members and friends regarding their weight loss, a common early symptom of cancer. This kind of peer reinforcement that all weight loss is a sign of something positive, can lead to people ignoring what their body is telling them, i.e. that something is seriously wrong. Since their diagnosis in September 2017, Nehanda has gained back their weight, though they are regularly exercising and living a healthy lifestyle; but this is a sign of recovery, not one for concern.

"Cancer makes you interrogate your body differently. There was this immediate hatred I had for my body where I was like, How am I good if I house such a bad thing?" Nehanda explains. "Pair that with an 11-plus-year battle with eating disorders, being inundated with Eurocentric beauty standards, and watching my body change constantly, I had no choice but to sit with the beliefs I formerly had and ask: Are these even real? Are these beliefs helping you?"

These fatphobic beliefs are embedded within society, and affect how fat people are treated and discriminated against, despite the fact that a higher number of Americans meet the threshold for being medically classified as overweight or obese, than 40 years ago. Although a person's weight is not necessarily correlated to their health, the idea of the "obesity epidemic" has negatively influenced health care professionals' treatment of fat individuals. Weight bias is real and has resulted in reduced appointment times and less emotional sympathy for the patients' symptoms.

"Much of these false assumptions are also informed by an idea that fat people are undeserving of empathy or that it's impossible for fat people to actually be disabled," Nehanda says, explaining that people assume that fat people "are just lazy. Additionally, what has made my experience in battling cancer especially hard is the fact that I don't see people who look like me: Black, queer, fat, etc."

Cultural differences attribute to a greater disconnection between health care professionals and their Black femme patients. In a Huffington Post article, Joy Cox recalled how her doctor believed her bile duct was inflamed, due to her high intake of fried chicken. She stated, "He managed to denigrate my fatness and my blackness in the same sentence." For marginalized people who exist outside of societal assumptions of health and wellness, accessing health care services is a constant battle of advocating for medical treatment.

"When I think about it, the media, hospitals, and nonprofits push an image down our throat of a cancer patient that is frankly unrealistic—usually a small, white, frail, woman, with a bald head—so when I don't hit all those things," Nehanda says, "people, including doctors, don't take me as seriously. And I've experienced that firsthand and it has resulted in negative impacts on my health."

Nehanda's negative interactions with the health care system since their diagnosis has contributed to their development of a holistic approach regarding their health. They've developed a belief system rooted in the wellness of the mind, body, and spirit, and distance from societal norms of being skinny, one that humanizes the lives of Black people, instead of the dehumanization of their lived experiences and acknowledgment of their contributions to society, regardless of their physical inability to maintain employment.

Financial costs for blood cancer are significantly higher than for other cancers. Coming to terms with this is an everyday reality for Nehanda, who utilized their social media platforms to fundraise for living expenses to assist with chemotherapy treatments. An organizer online and in South Central Los Angeles with Spit Justice, they find Black joy through grassroots organizing with youth in their community, and demand self-determination and liberation.

For generations, young Black women and femmes have organized against unjust societal beliefs, particularly those that negatively impact the most marginalized members of society. For generations, these individuals have given their lives to social movements to ensure liberation for communities within an oppressive state. The sad reality is that many of these organizers never received acknowledgment for their contributions to society. We have the opportunity to ensure that Walela Nehanda's life, and others like theirs, does not go unnoticed. As for Nehanda, they say, "I've learned that my only obligation is to my health, because this work can't get done if I ain't alive."