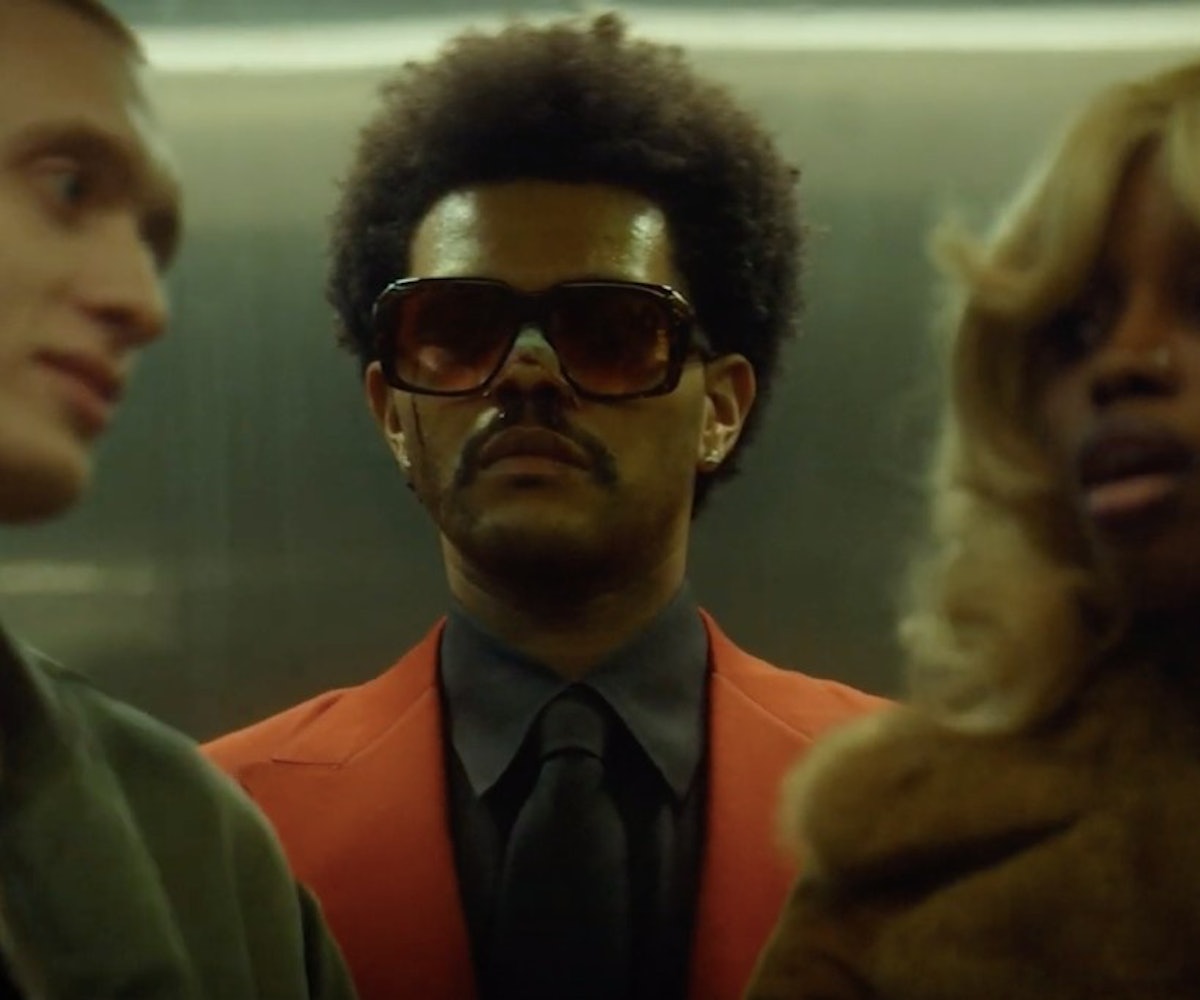 The Weeknd has been assembling an impressive set of visuals for the rollout of his latest album After Hours. From the manic Los Vegas joyride of the "Heartless" video, to the emotive short film that accompanied the project's release, it seems the Canadian artist is ready to step beyond his sad and toxic R&B image (which we still love!) and channel his inner auteur. His latest video, for the disco-inflected "In Your Eyes," is one that translates his turbulent love life into a campy '80s slasher film, complete with a bloody knife and an incredible beheading — another weird and delightful addition to the mix.

In the Anton Tammi-directed film, The Weeknd plays the villain, stalking a girl through seedy night clubs and warehouse-like boiler rooms before ultimately meeting his demise with the help of CGI and, maybe, a Gucci severed head? Either way, please hang the shot of the actress dancing with Abel's bloody head in a packed nightclub in the MoMa.

The Weeknd released After Hours, his fourth studio album and first full-length since 2016's Starboy, on March 20. The 14-track project, which careens through the different dark corners of his psyche, has also prompted many fans to speculate which of his famous exes the songs are about. Hopefully included in the discussion is what was going on in those relationships to make Abel feel like a serial killer? Watch "In Your Eyes" below.