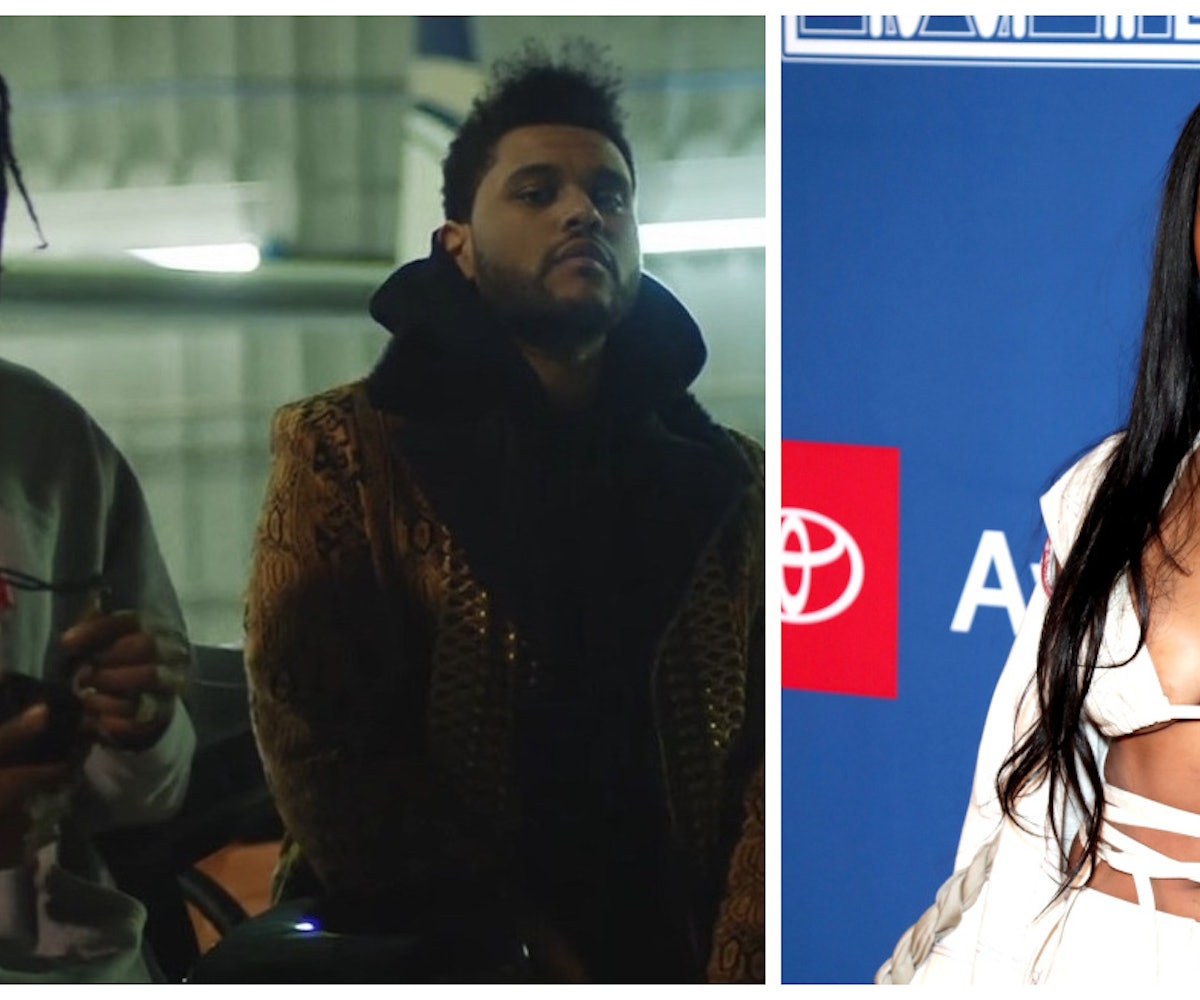 Screenshot via YouTube, Photo by Leon Bennett/Getty Images for BET

According to Pitchfork, The Weeknd has tapped SZA and Travis Scott for a new song that will appear on the Game of Thrones soundtrack. As if we needed another reason to b excited about winter coming.

Rumors of the song's existence first circulated on Reddit and a Travis Scott fan page on Facebook, but have since been confirmed by a source close to the project. The Weeknd was apparently asked to record the song "for fans," but brought in Scott and SZA to make the track even better. The Weeknd and Scott first collaborated in 2016 for Scott's song "Wonderful," and Scott was also featured on SZA's song "Love Galore."

Though the song's existence has been confirmed, there's no telling when it will be released or if it will be featured on an episode. The AV Club speculates that this track might not be included in an episode, but could instead be in featured on an album inspired by the show.

In any case, Pitchfork says that the track will drop "soon," and the eighth and final season of Game of Thrones premieres on April 14, so we likely won't have to wait that long.