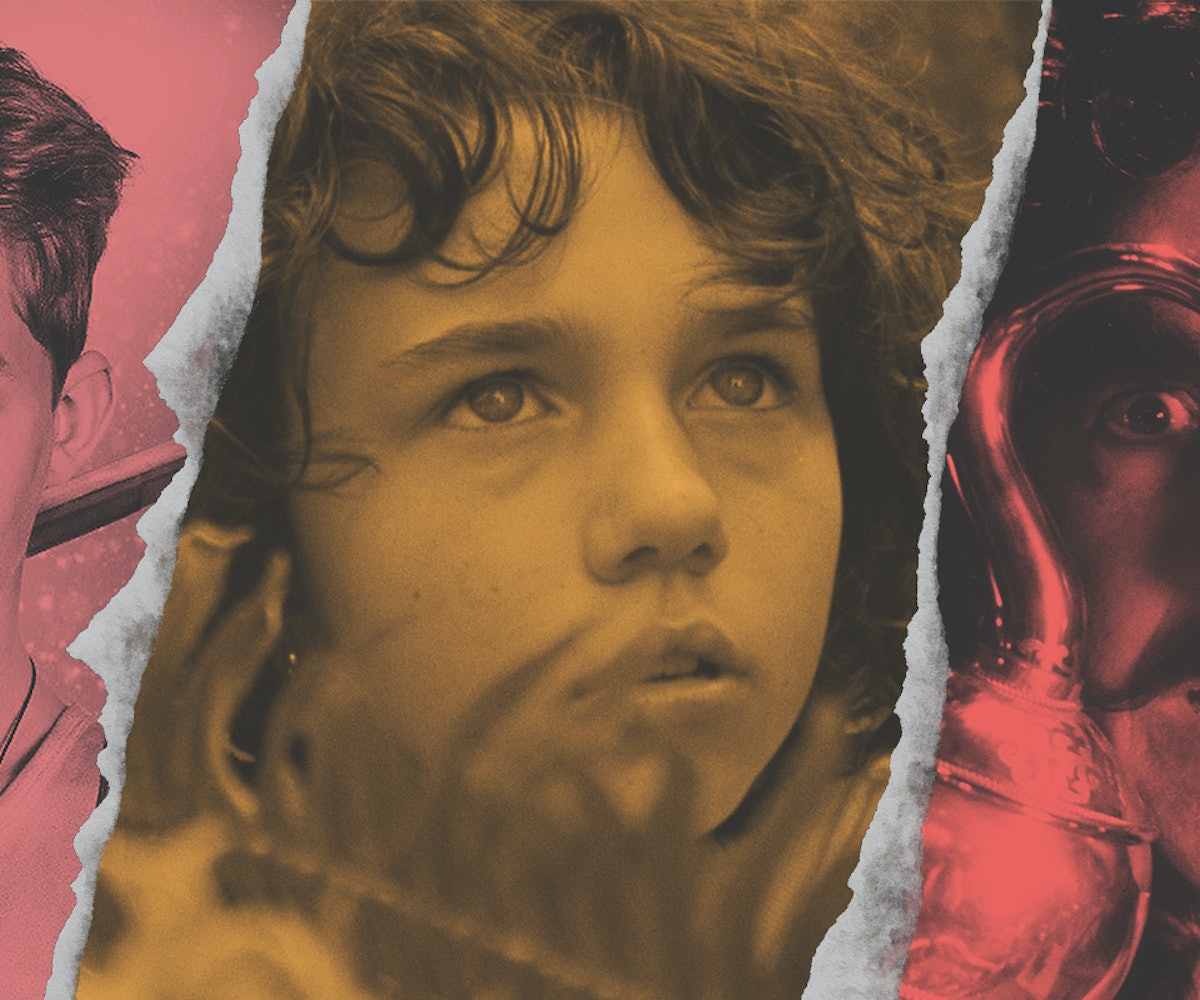 There are plenty of good arguments for not allowing copyrights to extend near-indefinitely; way down the list is the possibility that more works falling into the public domain will lessen the number of adaptations of King Arthur, Tarzan, and Peter Pan that seem to pop up onto movie screens with regularity. The latter, in particular, seem to entice plenty of big-name directors into performing a re-interpretation. No less a figure than Steven Spielberg attempted decades ago with the sequel story Hook; more recently, Joe Wright spent no small amount of career capital (and Warner Bros. money) on the prequel story Pan; and now, Benh Zeitlin, the Oscar-nominated director of Beasts of the Southern Wild, has returned after an eight-year absence with his sophomore film Wendy, a re-envisioning of Peter Pan from a too-rare female point of view.

It's amazing yet not surprising that re-orienting Peter Pan around Wendy Darling took this long. Wendy is often the point-of-view entry character in the story, in large part because she's closer to the cusp of young adulthood than any of the other child characters. She's mature enough to function as a mother figure to the Lost Boys, while still developing vaguely romantic feelings for Peter, who is not grown-up enough to return them. Despite her place at the center of this story, many Peter Pan adaptations still manage to move her aside, something Zeitlin is clearly trying to avoid with his new version. The marginalization of Wendy can happen any number of ways, subtle or not: by focusing on the all-in performance of the title character (as in the stage version, traditionally cast with an adult woman as Peter), or leaning into the traditionalism of the gender roles (as in the Disney version, where Wendy is of a piece with other 1950s Disney heroines; e.g., blandly drippy).

Rather than improving over the years, recent attempts are more blatant than ever about expanding the story of Peter Pan at the expense of Wendy; they make Peter into an unequivocal lead, as if redressing the wrongs of Wendy sharing the spotlight in the original text. In Spielberg's Hook, premised on the tantalizing question of what would happen if Pan himself would leave Neverland and grow up, Peter becomes one of the director's bad dads, an uptight, work-obsessed businessman with two disappointed children. The casting of Robin Williams acts as a signal that something playful and childlike still exists somewhere inside the rechristened Peter Banning, and Hook sets about trying to find it, sending Banning back to Neverland to face Captain Hook, who has snatched his kids away in the night.

Though Spielberg's movie partially recovered from brutal reviews by winding up beloved by a certain subgroup of millennials who grew up with it as a home video and cable staple, it's a thoroughly boomer-centric version of the story. Regardless of his original birthdate, Peter happens to have re-entered society in time to share Spielberg's baby boomer frame of reference — and the movie's attendant biases. It's Banning's relationship to his son that receives emotional priority in the story, despite the idea of an adult Pan reckoning with his fatherhood of a young girl serving as a neater script-flip on the original material. As far as the story's women go, Peter must instead consider (however briefly) the feelings of Tinkerbell (Julia Roberts!), whose former jealousy of Wendy here extends to absorbing her desires.

Spielberg does manage some moments of his trademark virtuosity in the midst of one of his weakest films. (In boomer fashion, its status as a Spielberg disaster was somewhat ameliorated by the fact that it still made a ton of money. Any Peter Pan adaptation since 1991 would have been delighted to reproduce its grosses.) Admittedly, Hook is probably the major Peter Pan reimagining that comes closest to fulfilling its goals. While Wright's 2015 prequel, Pan, does arguably fulfill its (deeply stupid) goals on a story level, the major discernible purpose behind the film is to kick-start a series of expensive and profitable fantasy films set in Neverland, something it emphatically does not do.

Again, the story is reconfigured to avoid yucky girl stuff. Pan kicks off with Peter as a run-of-the-mill orphan in World War II-era London, and proceeds to explain how he wound up in Neverland — as a Chosen One, no less. A truly terrible Harry Potter gloss on the Pan story is gussied up significantly by the movie's distinctive visuals, landing somewhere between steampunk and Moulin Rouge! (going so far as to have pirates croon a couple of anachronistic pop hits). As in Hook, the filmmakers can only bare to really focus on one woman from the original story; here it's Tiger Lily (Rooney Mara), recast as Neverland's warrior princess and a love interest for Garrett Hedlund's young and non-evil James T. Hook (Wright and WB caught flak for casting the extremely Caucasian Mara in what has traditionally been a Native American role; it's understandable if misguided that the production attempted to sidestep "Indians in Peter Pan" altogether with a pan-racial group of imaginary natives). Making Peter a regular-turned-special kid, rather than a kind of insouciant brat-king, certainly makes him more likable. It also eliminates the need for a Wendy character with a foot in the real world. With Wendy, the movie evacuates any real meaning. (The second-most important female character, after Tiger Lily — Peter's mom — is dead.)

Pan is so lavishly, foolishly overblown that, like the similarly overstuffed Hook, its hubris becomes oddly likable. What is it about Peter Pan that inspires directors to go so big? Even the new Wendy, while made for a fraction of the cost of either Hook or Pan, is basically the indie version of a massive boondoggle-ready production. Zeitlin shot much of the movie on an island that was also an active volcano zone; he also includes elaborate underwater scenes and amateur kid performers scampering around the tops of freight trains, traveling from a bustling greasy spoon diner to a wilder, more unruly Neverland than we've seen before on screen. It's an everything-but-the-kitchen-sink approach to kitchen-sink realism, like Beasts of Southern Wild on steroids.

Somewhere near the center is newcomer Devin France as a more tomboyish take on Wendy, who is already helping out at her mom's shambling restaurant when she impulsively heeds the call to hop the Neverland train with her brothers (Gage and Gavin Naquin). She meets Peter, played by Yashua Mack—an Antiguan, rather than English, boy—and explores a rough-and-tumble environment where no one grows up, at least not unless they forsake Peter and his crew. France is a compelling, capable presence, and a movie that more closely portrayed Wendy's specific experiences might have been the best Peter Pan story in years. But Wendy has more ideas than real characterization. Zeitlin seems to be neutralizing the unrequited-love factor by making Peter visibly younger than Wendy, a smart alteration to their dynamic where Wendy is less beholden to the forever-kid's nonsense. Unfortunately, no meaningful relationships take root in its place, because the movie is rootless by design.

Two movies in, Zeitlin's mix of handheld naturalism and bustling lyricism makes his work seem vaguely impatient with the former by leaning so heavily on the latter. It's a just-so vision of poverty, augmented by overly fussy, self-consciously yearning (and trailer-ready) narration. Weirdly, the movie becomes murkier and more tedious the more it deviates from its source material; for a time, it resembles another origin-story reimagining like Pan. It's less male-centric than other riffs on the story, but not by much. Even with the best of intentions, filmmakers chasing the Peter Pan story still feel like Lost Boys themselves, running through Neverland without much thought over what more grown-up stories they're leaving behind.

Wendy is out in theatres Friday, February 28.