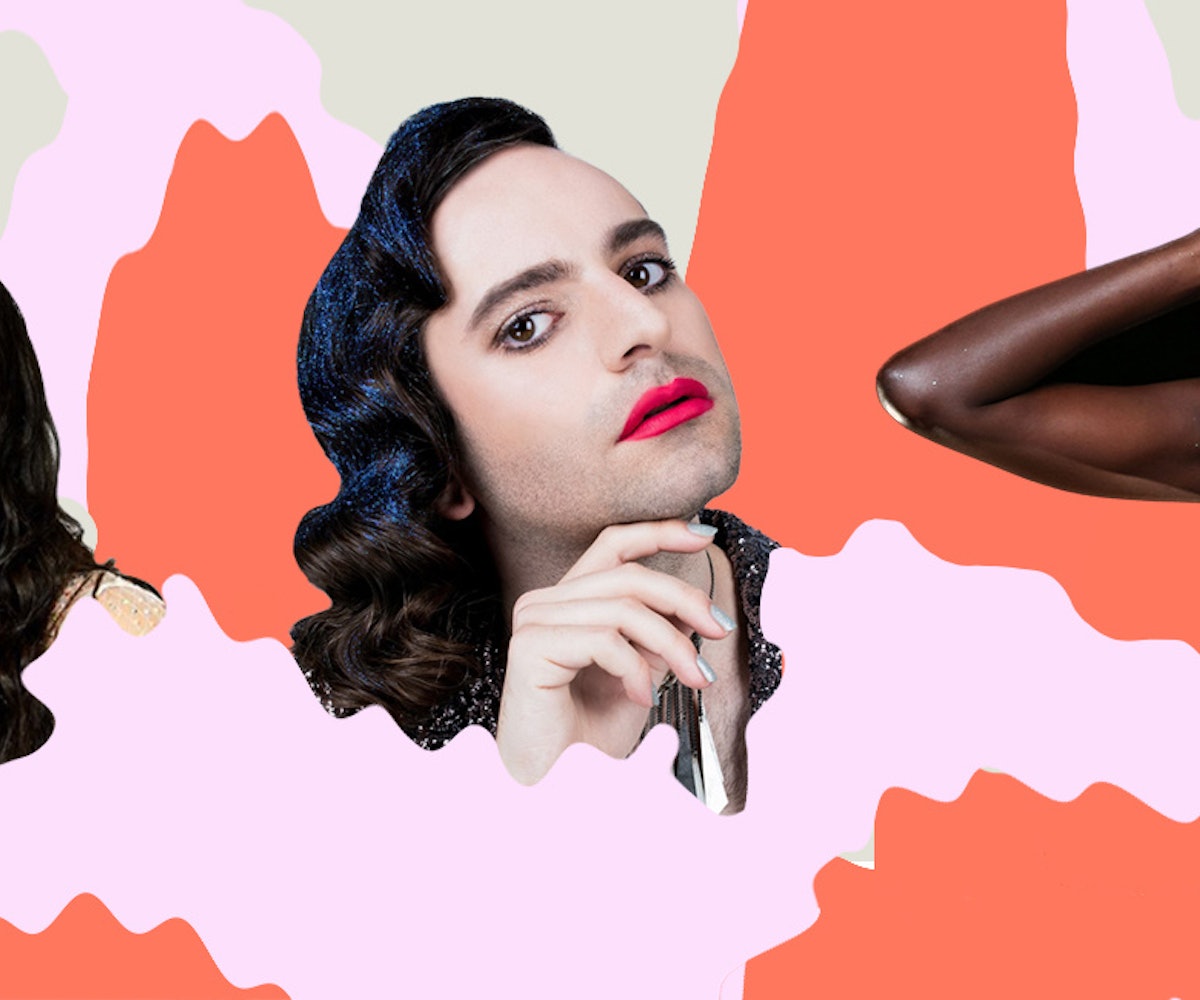 Photos by Lauren Perlstein/courtesy of Fluide and Getty Images

The American beauty industry is in the midst of a major transformation. Old and outdated American beauty standards and ideals have shifted—radically. Women of color are finally beginning not only to see themselves accurately represented in campaign imagery but also in terms of available products, thanks to pioneering brands like Rihanna's Fenty Beauty and Flesh Beauty.

Also, over the past couple of years, we've seen gender fluidity thrive across the industry, with the gender binary being broken down not only in campaigns, but serving as the ethos for emerging (and, not surprisingly, buzzy) brands. Androgynous looks have not only been embraced on the runways and in campaigns but also sported by some of our favorite celebrities.

It's no coincidence this is happening at a time when so many of us are feeling oppressed and silenced; beauty is one important and expressive outlet that many of us share.

So, what exactly is American beauty in the year 2018?

It's clear that "beauty" as a concept is constantly evolving, and that this evolution has taken on new speed in our ever-shifting media landscape. Linda Wells, founder of inclusive cosmetics brand Flesh Beauty and chief creative officer at Revlon (as well as former editor-in-chief of Allure), explains:

What sparked the shift was pure, basic reality. Having one standard of beauty—a blue-eyed blonde woman with symmetrical features, long hair, and a thin body—was considered ideal for far too long. It persisted until about the mid-1970s. As the population changed, so did civil and political rights, and that allowed true individuals to be acknowledged and respected in all aspects of our culture, including beauty. Beauty standards have always reflected the prevailing culture. And I'm happy that culture has changed and become more varied, more interesting, and more representative.

Isabella Giancarlo, founder of gender-fluid cosmetic brand Fluide, feels that this shift has been a long time in the making, as those who didn't fit into these old-school ideals have been fighting back for quite some time. "Pioneers within the social justice movement have been struggling to shift the culture for years, and the work is ongoing," she says. "Those traditionally on the margins—whether through race, sexual orientation, or gender identity—have been fighting tirelessly for equality and visibility. Only recently have underrepresented groups been truly included by mainstream media and fashion and beauty companies."

Activist, author, producer, and previous Fluide campaign faceJacob Tobia agrees, stating that it's finally come to head as a result of generations upon generations of fighting:

One of the ways that dominant culture works to keep marginalized people oppressed is by making us feel ugly, by telling us that our bodies aren't desirable, by telling us that we should look like them. Aesthetics and fashion have always been a part of how marginalized folks have been oppressed, and oppressed people have been fighting for centuries to shift beauty norms—from women fighting to wear pants to black Americans fighting for natural hair to gender-nonconforming people fighting to be appreciated outside of the gender binary. Isolating one moment or one singular reason why these norms started to shift is impossible, because activists have been fighting this fight for generations.

However long in the making, though, it wasn't until recently that there has been tangible change in the advertisements we see and the products that are available to us. Why has it taken this long to see actual change?

One reason is that we now have social media. Despite having many negative connotations, there's no denying that it's allowed marginalized people all over the country—and world—to have a platform to express themselves, thus changing what we consider to be the "face" of beauty.

"I think the spark really started when social media started trending, Instagram especially," says makeup artist Tony Tulve. "The actual face of beauty was being seen on such a wider scale than it had been before, and it was more accessible. Now it wasn't just celebrity beauty, or even what was in a magazine à la editorial or trend, but it started to show what the actual consumer side of beauty was and how it was being practiced and revered."

However, just as people question whether runways and fashion campaigns becoming more racially, size-, age-, and gender-inclusive is simply a trend that brands are jumping on or whether it's actual change that's here to stay, they also wonder the same about the beauty industry. Will brands continue to pump out 40 shades of foundation, promote bodies of all shapes, colors, identities, and ages in their campaigns and lose the outdated beauty standards of the past for good?

Those I spoke with think so, but even if it's a movement that's here to stay, there's no doubt about it that the industry still has a long way to go. In 2018—even after the launch of Flesh and Fenty, and the shade range expansions from brands like Milk Makeup—other prominent brands are still getting it wrong. We're still seeing rail-thin, white models act as the face of most major beauty campaigns.

Giancarlo thinks that the shift that's taken place over the past couple of years is only the beginning of a bigger, more powerful movement to come. "I think that mainstream culture is just at the beginning of the process of expanding its notions of beauty," she says. "Many more identities are acknowledged and included—but the real goal is to move beyond the rigid categorizations in general"—something she specifically created her brand to do.

"Looking at the world right now, there is a great necessity for an unlearning and a relearning," says Rob Smith, founder of gender-free retail store The Phluid Project. "What is gender? What is beauty?" This is something that Smith hopes that The Phluid Project will help bring to light as it challenges gender boundaries and normalizes expression. "For many, gender is an expression, and how they choose to showcase this to the world is often via beauty products. This is in no way a trend. It's a way of living that cuts deeper than the makeup we put on our face; it's a reflection of who we are on the inside."

The fact is, you can't really put a label on American beauty today. As Wells explains, "American beauty is as varied as the American population. And for that reason, American beauty is a multitude of faces, body types, genders, and ages. Instead of a single ideal, we have a rich variety. So rather than think of American beauty as a physical definition, I like to think of it as a set of values. It's inclusive, inviting, optimistic, expressive—just like our culture at its best."