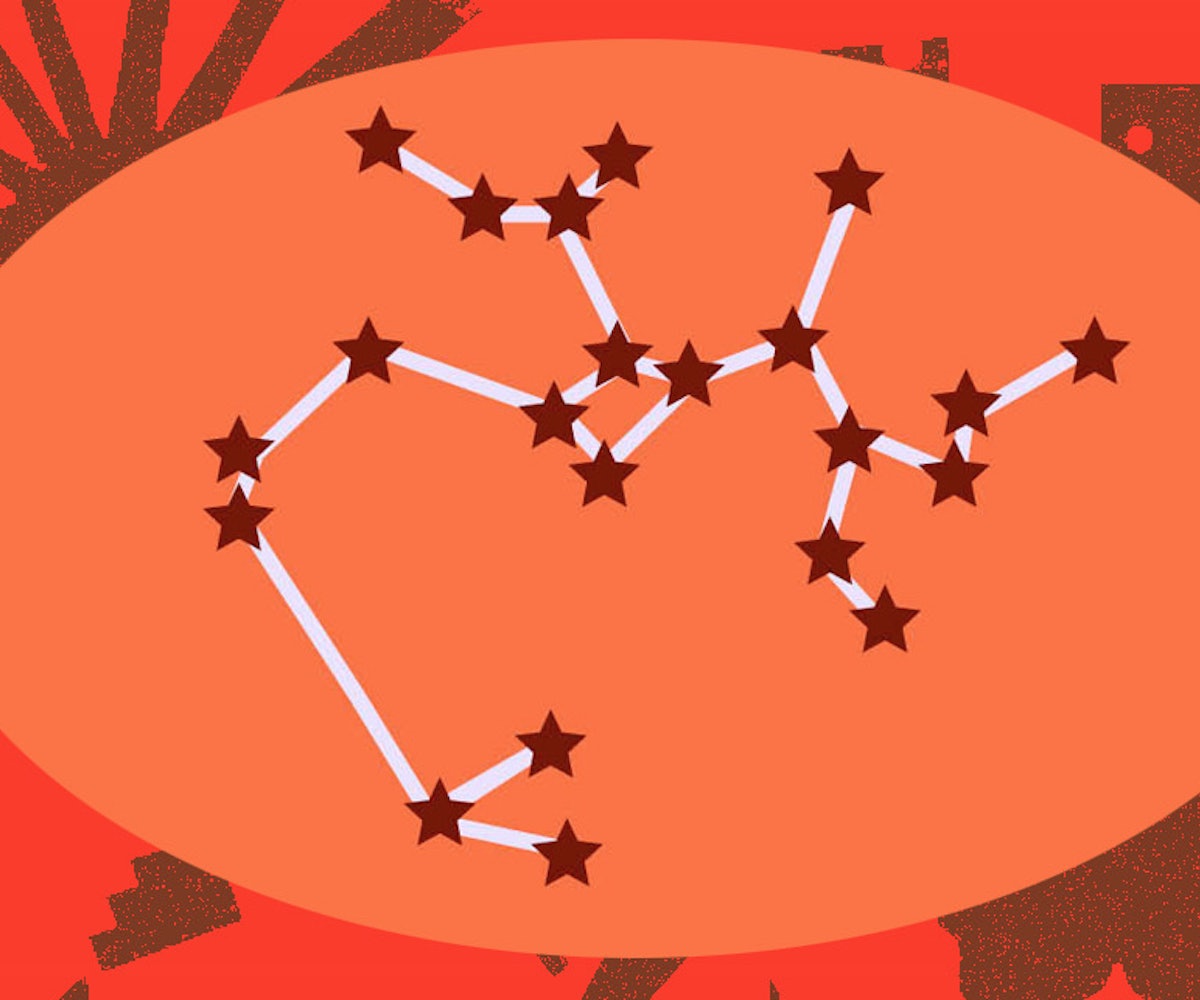 In 2005, following her highly publicized divorce with Brad Pitt, actress (and Aquarius) Jennifer Aniston gave an interview with Vanity Fair, in which she talked a bit about her ex-husband, and specifically cited a controversial photo shoot he did with ur-Gemini Angelina Jolie—over whom, it was widely assumed, Pitt and Aniston had broken up.

The photo shoot in question was a 60-page spread in W, in which Pitt and Jolie were depicted enjoying domestic bliss, complete with mini-versions of themselves running around their suburban paradise. It was... a very Gemini move. Très Jolie, you might say. But Pitt? He's no Gem. So what's his problem?

I'll let Aniston explain: "Brad is not mean-spirited; he would never intentionally try to rub something in my face. In hindsight, I can see him going, 'Oh—I can see that that was inconsiderate.' But I know Brad. Brad would say, 'That's art!'... There's a sensitivity chip that's missing." In other words, he's a Sagittarius.

A Sagittarius is often described as being blunt and vibrant, wild and liberated. They're independent and fun-loving and confident, but also, yeah, they're often missing sensitivity chips. They do things that leave you wondering, Why did they ever think that was a good idea to do?Do they not think about anything other than themselves? And then after you ask that question, you realize you already know the answer and... well, it's not what you'd like it to be.

Sometimes, doing whatever they want and what feels good to them in the moment without giving a literal second's thought as to how it will affect someone else means that they shoot a fashion spread like Pitt did, or, oh, I don't know, agree to play a trans person in a film, even though, they, themselves, are not trans, and then when they're questioned about it, send out a snarky defense of their actions. (Hi, Scarlett.) Or maybe they not only start a feud with a beloved Libra but also just refuse to let it drop no matter how clear it is that public opinion is against them and also that they're in the wrong. (Nicki, what's good.)

Here's a list of famous Sagittarians, all of whom have never apologized for anything ever (nor do they think they should have to): Miley Cyrus. Britney Spears. Jay Z. Taylor Swift. DJ Khaled. Sarah Silverman. Jonah Hill. Jon Stewart. Jim Morrison. Jimi Hendrix. Mayim Bialik—who should really apologize because being an anti-vaxxer is really bad.

There are some Sagittarians who take that whole "I'm never going to apologize because I've never done anything wrong" even farther than Johansson (ahem, Woody Allen, Chris Hardwick, and, uh, Ted Bundy), but honestly, for the most part, it's a Sagittarian's disarming ownership of every hard truth they espouse that makes them so totally charming (see: glorious human and Sagittarius Chrissy Teigen). It also makes them capable of burning you like you've never been burned before, even when that particular Sagittarius otherwise presents as a totally lovable, adorable puppy of a person.

Because that's the thing with a Sagittarius: They often present as being incredibly sweet and well-meaning and content with just being content. They like to be happy! They like to like things! They love to love things! Just let them do what they want, and everything will be just fine. Sure, maybe that will involve a spontaneous Vegas wedding, but, you know, annulments were invented for a reason! (Does anyone else remember Britney's marriage to Jason Alexander? No, not that one, the other Jason Alexander.)

A Sagittarius reserves their right to change their mind about anything, and at any time. They love to reinvent themselves, but they can never really stop being themselves. A Sagittarius sort of seems like a chameleon (like how Pitt always looks like his girlfriends), but, really, it's still always them. They're a mutable sign, but their essence is immutable. That's why one of the greatest actresses alive right now—Julianne Moore, obviously—is a Sagittarius queen: She can disappear into any role, but it's always her. And you want it to be her! Because she's perfect.

And so are all Sagittarians, in their own way. It's definitely the sign about which you're most likely to say, "Never change." And not even because you don't want that person to be any different, it's also because you know they can't be any different. They have to be themselves. Yes, sometimes that leads to a death toll of millions (you know, Joseph Stalin really did actually have a lot to apologize for), and other times it leads to really questionable defenses of sexual abusers (hey, Sarah Silverman), but other times it leads to things of unadulterated beauty, things that can only be created by a Sagittarius because of how pure and unfiltered they are, things like Britney Spears' Instagram. What a delight. Never change, Britney. Never change.