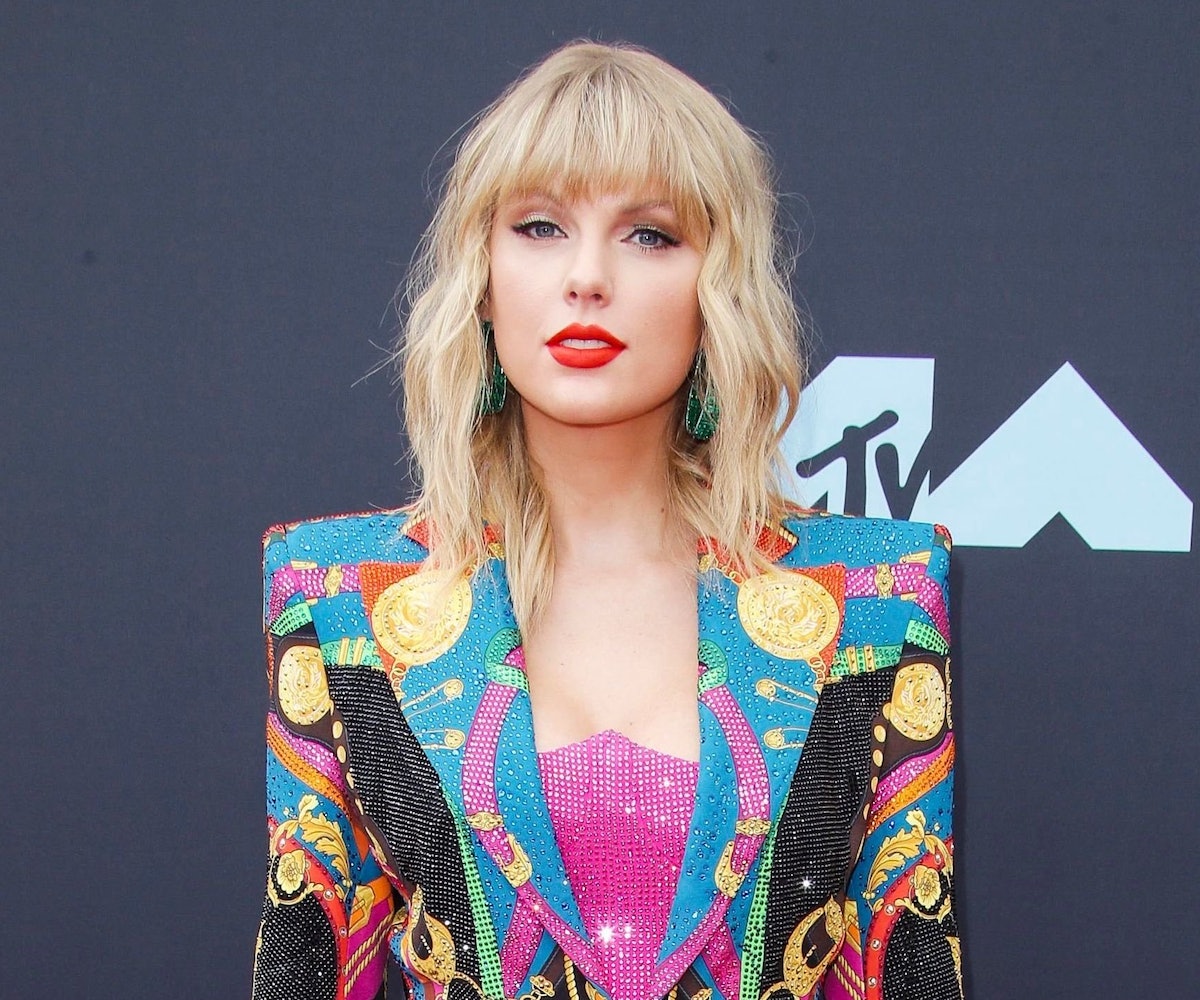 At the MTV Video Music Awards on Monday night, Taylor Swift called out the White House for failing to acknowledge her petition urging senators to recognize the Equality Act during her acceptance speech after "You Need To Calm Down" won Video of the Year. Of course, the White House had a terrible response to Swift's very valid callout.

During her speech, Swift pointed out that the Equality Act "basically just says we all deserve equal rights under the law," and said that her petition has five times the amount of signatures required to necessitate a response from the White House. The act has been passed by the Democrat-led House of Representatives but hasn't yet been brought up with the Republican-controlled Senate. White House Press Secretary Judd Deere gave a response on Tuesday, saying that the Trump Administration is for equal rights but against the Equality Act.

"The Trump administration absolutely opposes discrimination of any kind and supports the equal treatment of all; however, the House-passed bill in its current form is filled with poison pills that threaten to undermine parental and conscience rights," Deere said. Of course, Trump's actions don't support this claim that he cares about equality, seeing as he's made life exponentially more difficult for poor people, transpeople, women, and immigrants.

Kellyanne Conway was asked about Swift's comment on Fox News on Tuesday, too, where she deflected the question by singing a few verses of Swift's song, "You Need to Calm Down"—clearly not understanding that Donald Trump is one of those internet trolls that Swift is singing about—and saying that she likes the song because "that basically is Washington in a nutshell." Conway also gave a blanket (and bullshit) critique of those people who cheered Swift on at the VMAs, saying, "I would love to survey the audience if they know what that even is, what the Equality Act even is, but she's welcome to have her opinion." She also basically blamed Swift for not singlehandedly getting a Democrat elected in Tennessee, criticized celebrities who choose to "go political," and reiterated the White House's claim that the Equality Act is full of "poison pills."

Well, we guess nobody can say the Trump administration doesn't stay on message, it's just too bad their message is so full of hate and bigotry.