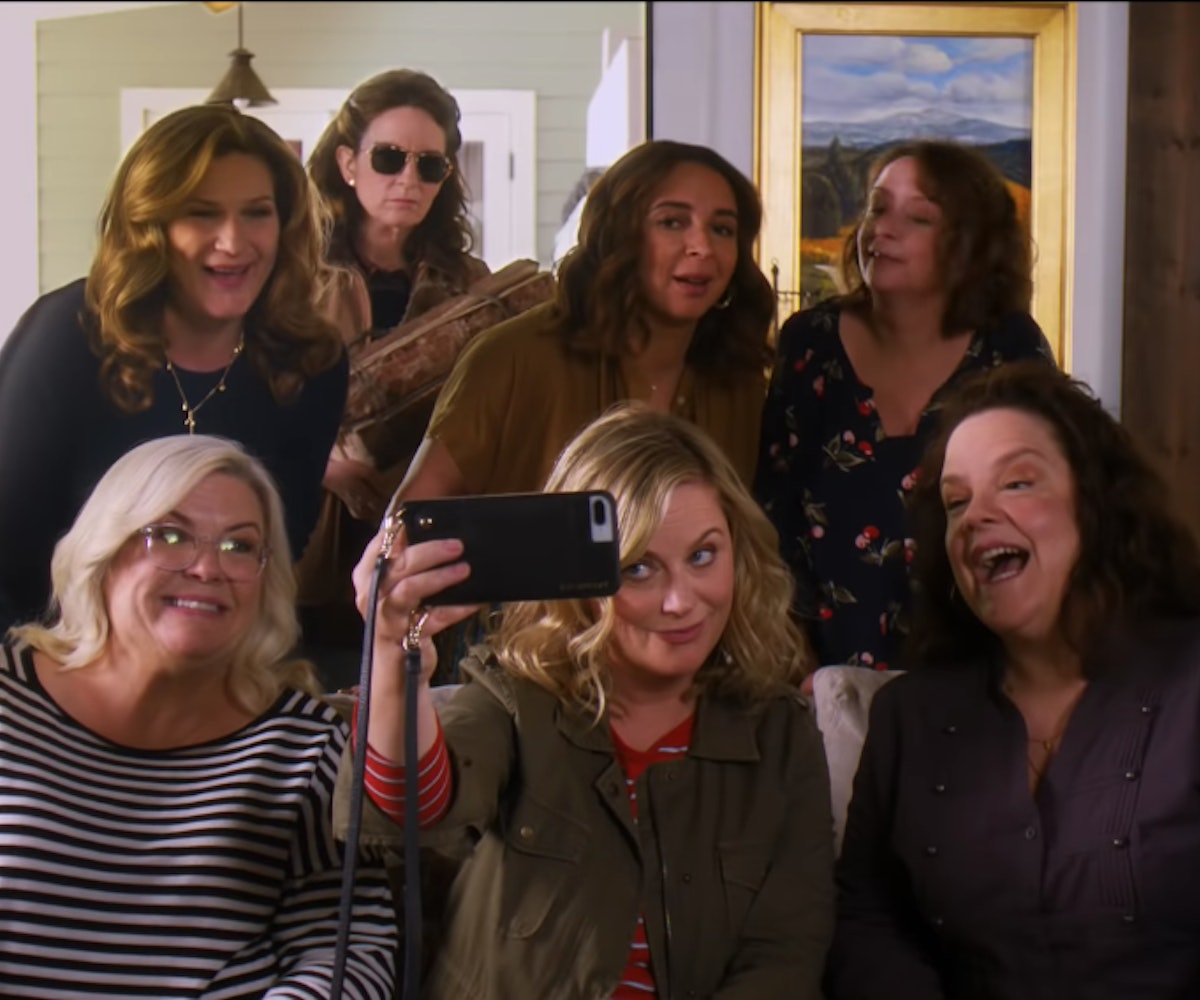 The first trailer for Wine Country, directed by and starring Amy Poehler, is here and it's no doubt making wine moms everywhere feel very seen.

Joining Poehler is an all-star comedy cast: Tina Fey, Maya Rudolph, Rachel Dratch, Paula Pell, Ana Gasteyer, Emily Spivey, Jason Schwartzman, and Cherry Jones round it out. Though the film will definitely be hilarious and full of wine-drunk shenanigans (like the group doing Molly and Rudolph singing atop a piano), it will also tug at your heart strings a bit.

"In honor of Rebecca (Dratch)'s 50th birthday, Abby (Poehler) plans a scenic Napa getaway with their best, longtime friends," reads the synopsis. "Workaholic Catherine (Gasteyer), post-op Val (Pell), homebody Jenny (Spivey), and weary mom Naomi (Rudolph) are equally sold on the chance to relax and reconnect. Yet as the alcohol flows, real-world uncertainties intrude on the punchlines and gossip, and the women begin questioning their friendships and futures."

Wine Country will be released on Netflix May 10, and will come to select theaters on May 8. Watch the trailer, below.