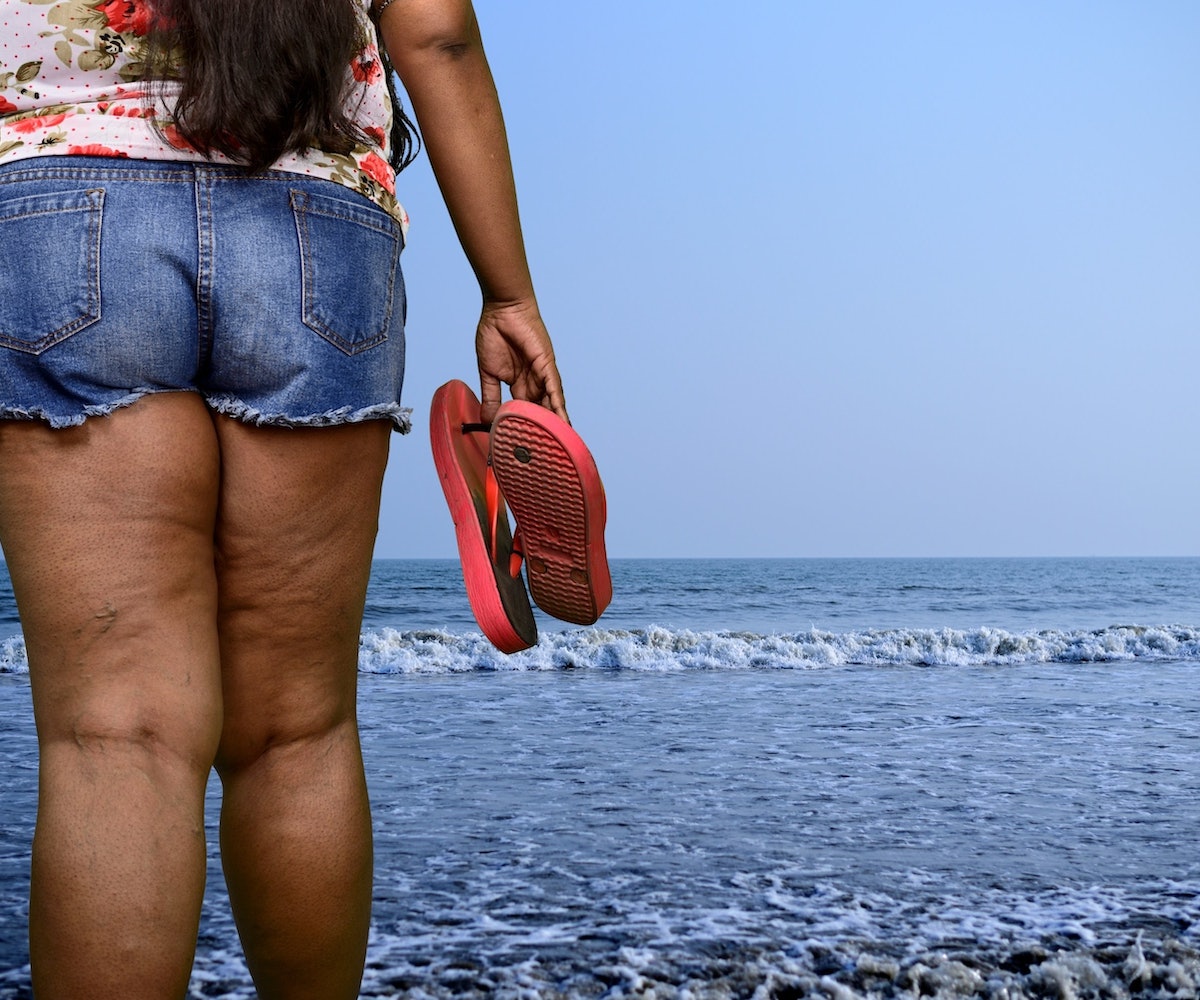 Many Twitter users have been outraged over the past few days after seeing a video of an older woman harassing a young woman for wearing shorts. The older woman, Bonnie Sue Bihary, had a problem with 19-year-old Jennna Munger's denim shorts because she felt Munger was too fat to wear them. The video starts with Bihary referencing another "chubby girl" who is dressed more appropriately with longer shorts. When Munger asks her, "So you're sitting here calling me fat?" Bihary indignantly puts her hands on her hips and responds, "Oh, you don't think you are?"

This is when Munger's voice breaks—as does my heart—as she tries to stand up for herself, saying: "I fucking love who I am, I'm sorry. Get the fuck out of my face!"

The incident occurred last Sunday, at their church; seeing this demoralizing shame happening in a place of worship, somewhere that's supposed to be sacred, was unfortunately all too familiar, which made witnessing it even more painful. And it was all compounded by the fact that Bihary clearly thought she was doing Munger a favor.

This kind of adherence to respectability politics goes hand-in-hand with conservative religious principles that seek police women's bodies, sexuality, and expression. Bihary probably felt justified in her harassment because she was encouraging what she felt was ethical behavior and fostering a more chaste environment. But good intentions pave a path to hell, and the connection between religious principles and personal morality is an ambiguous one, at best.

I also couldn't help that Bihary seems to have internalized the doctrine of fatphobia, despite not being thin herself. Yes, she was wearing the kind of modest clothes that she thought were what fat people should wear, but that only shows how insidious fatphobia is, and how it makes people hate themselves and resent others who don't hate themselves. Growing up with fat family members, I was often subject to opinions about what was and wasn't appropriate for my body, with no regard for my own opinion. Some of the most hurtful things ever said about my body came from my family members' mouths.

I'm not the only one who found this situation familiar: Munger, and her denim shorts, have been flooded with support on Twitter from people who have faced the same nastiness in their lives.

Munger offered this statement when I reached out to her for comment: "I want people to know that they are not alone in the fight for their faith, never let anyone talk to you like that woman did, and don't be like that woman! I want to spread positivity and love not just in church but outside in our communities! Thank you for your support and love for me and helping me send this message."

Her church, Swansboro United Methodist, has also taken action. They released a public statement on their Facebook page where they clarified that Bihary is a member of the church, but not an employee. They said that as a result of a meeting between Bihary, staff, and other church leaders, Bihary has "voluntarily resigned as the lay delegate to the North Carolina Conference of the United Methodist Church and agreed to step down from any committee leadership roles she volunteered for within our church."

In a separate video posted to Twitter, Munger as also called for those harassing Bihary to stop, saying, "The only way we can kill that hate is by love."