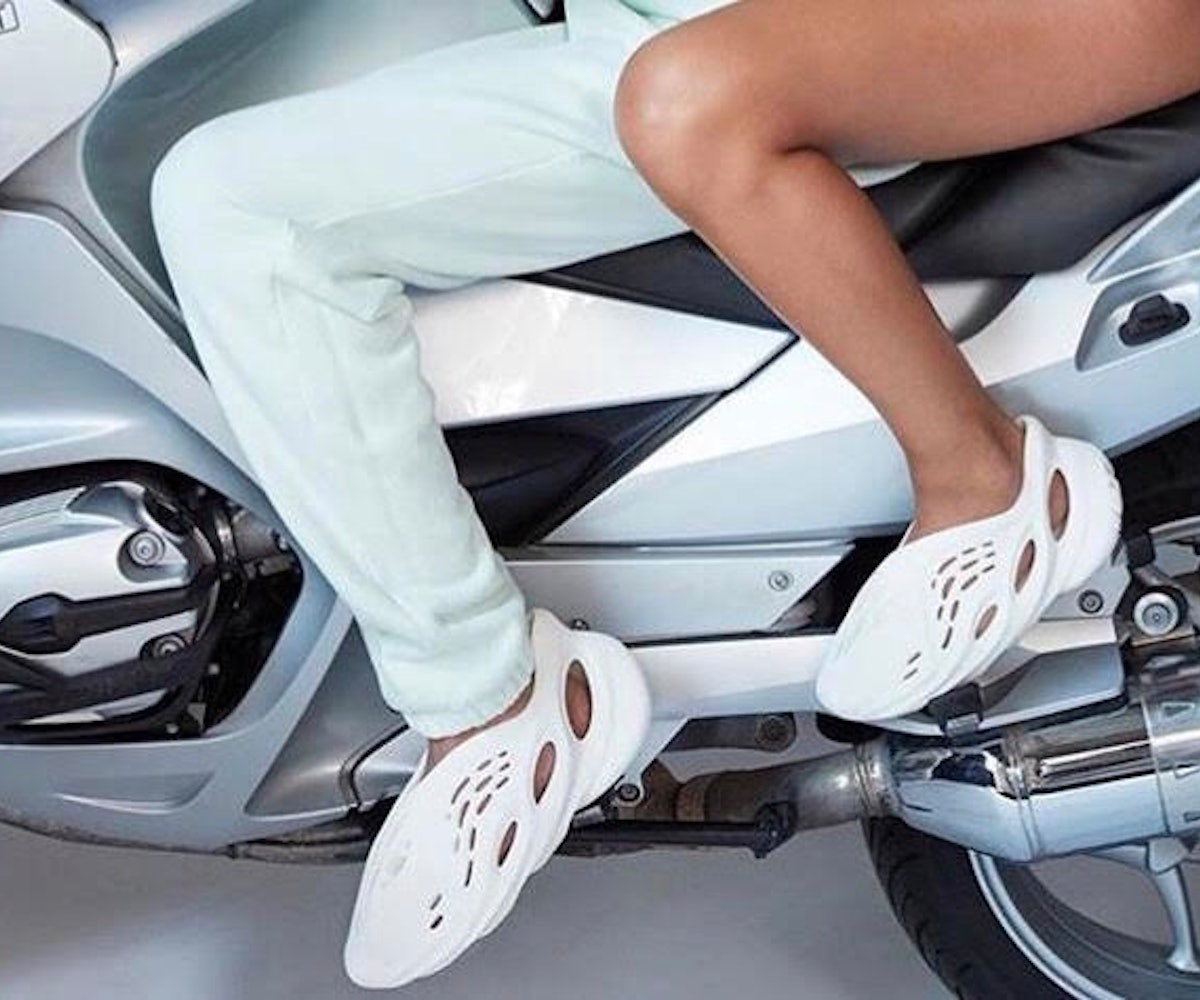 On Thursday, photos of Kanye West's "Yeezy Foam Runner" shoes, coming next year, were leaked, and I don't think that's enough time for us to collectively process the absurd-looking style. Photos show models in the shoes, which basically look like white Crocs stretched to cover the heel. Following the leak, the shoes have been dubbed "Yeezy Crocs," or more simply "Yocs," by the internet.

Others know that, while they are roasting the shoe now, they won't be able to stop themselves from copping a pair once they arrive. Watch out for these people, folks.

User @helen tweeting about being "disrespected" by someone wearing a pair has me thinking that they'll be the fuckboi shoe of the season when they drop.

Someone else found the mood board for the shoe design: white Crocs and foam wrappers that protect fruit.

Other comparisons, like Walmart water shoes and futuristic house slippers, are also spot-on.

One thing is for sure: These shoes will be great for memes. And maybe running? But mostly memes.