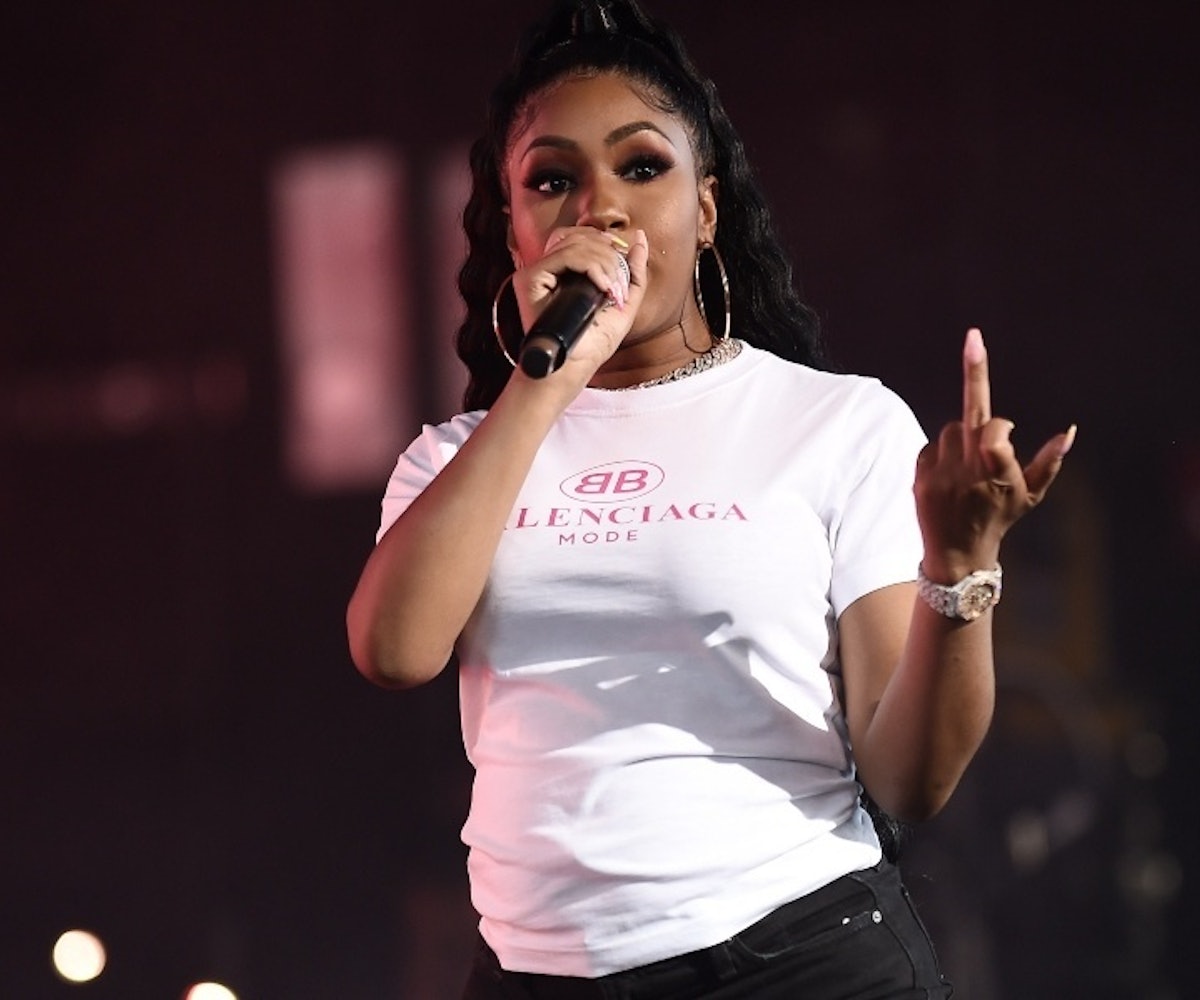 According to TMZ, City Girls' Yung Miami was shot at on Tuesday morning. The rapper, who is currently pregnant, was not hurt.

According to Yung Miami's Instagram story, she was leaving a recording studio in the wee hours of the morning and walking to her car when the attack occurred. "I got to the stop sign and was like, 'Oh shit somebody shooting,'" she says in the video that you can see below. She says one of the bullets hit the spare tire latched onto the back of her Mercedes G-Wagon. Another witness account said that the rapper was running across the street to seek safety. According to reports, she was shot at 14 times.

This is horrific and unacceptable. While some have already resorted to jokes about how this is a win for the "city boys," it's a terrible reminder of the violence Black women face. This news comes just a week after incarcerated Kodak Black proudly rapped about punching Miami in the stomach. In his lyric, he referenced giving her a ring that she turned down, choosing Southside, who is the father of her unborn child, instead. Many on Twitter are speculating that the two incidents are related.

On the day that we mourn the loss of Toni Morrison and acknowledge the infinite capabilities and sanctity of Black women, it is important to remember that Yung Miami is sacred, too. All Black women, even the ones with thick Miami accents and songs about twerking and scamming, have a basic right to safety. We deserve to be supported in that.

According to TMZ, there are no suspects at this time.