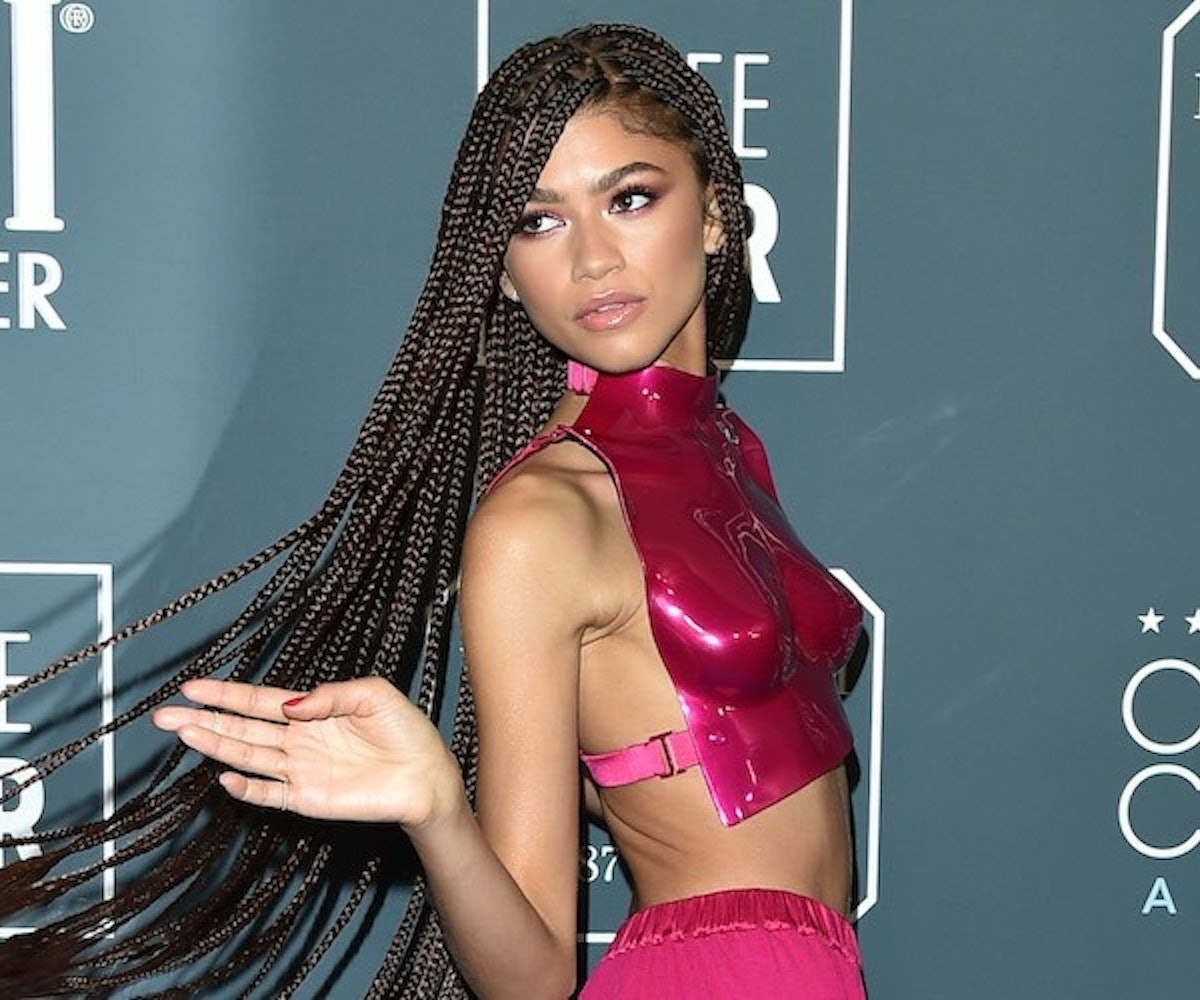 Zendaya won the red carpet at Sunday night's 2020 Critics' Choice Awards. The actress wore a hot pink, two-piece look by Tom Ford, including a custom metallic breastplate. If it looks familiar, that's because it also happens to be the same one worn by Gwyneth Paltrow on her latest Harper's Bazaar cover.

Paltrow doesn't seem to be upset that Zendaya may have stolen her bespoke breastplate thunder though. She even shared her enthusiasm for sharing a look with the Euphoria actress, leaving a comment on a post from the Man Repeller's Instagram account.

"Thank God I can say I have something in common with Zendaya," she wrote. If only we could all be so lucky. (Though, writer and podast host Ira Madison III was quick to note one thing: "Gwyneth... you're both in Spider-Man," he commented.)

See? This is what we could have gotten on the 2020 Golden Globes red carpet if Euphoria wasn't so snubbed. At least we had this mini cast reunion from the afterparties to make up for it.

While Zendaya may have stolen most of the show on Sunday night, there were still plenty of other excellent looks on the red carpet courtesy of Billy Porter in Hogan McLaughlin, Cynthia Erivo in Fendi, Lupita Nyong'o in Michael Kors Collection, and more. Below, see some of our favorite looks from the 2020 Critics' Choice Awards.

Billy Porter went for seafoam green in a custom jumpsuit by Hogan McLaughlin.

NEXT UP
Fashion
Olivia Rodrigo Wore A Sheer Slip Dress To The 2023 Grammys
Culture
The Cutest Couples At The 2023 Grammys
Beauty
The Best Beauty Looks From The 2023 Grammy Awards
Fashion
Apple Martin Is A Chanel Girl Now
Style + Culture, delivered straight to your inbox.