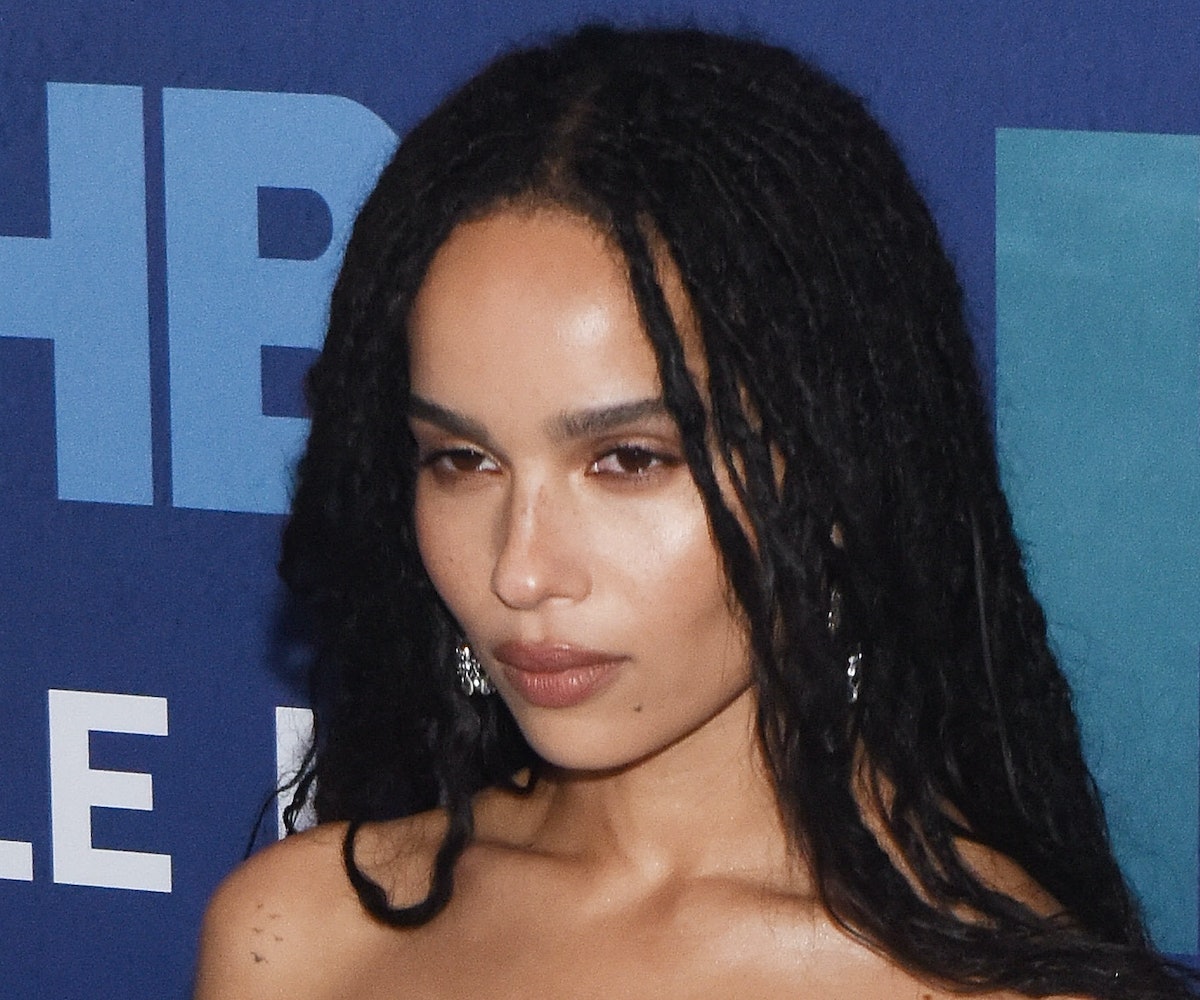 Only Zoë Kravitz could drop a selfie as the promo for her upcoming beauty line and get away with it. The Big Little Lies actress shared a photo of herself on her Instagram to tease her collaboration with YSL: "YSL x ZOË mad shades. coming sooooooon." Kravitz previously announced the partnership with a cryptic video of herself stirring a big pot of boiling red pigment, though no further details were released then.

Now, per an article by WWD, it's been revealed that the collection will include three red and three nude shades, in a variety of finishes, all of which are inspired by Kravitz's loved ones—including her dog. "I just wanted them to be personal; it means something to me when I hear those words." she shared in an interview with Vogue, noting that they came up with the shades first. In the photo, Kravitz wears the shade Arlene's Nude (named for her grandmother), a rosey nude. The lipsticks will be a shade extension of the existing YSL Pur Couture formula, Kravitz's favorite.

The packaging for the lipstick is also ridiculously chic and reportedly inspired by her favorite YSL bag (the Niki bag) and YSL's iconic Black Opium perfume. The black shimmer tube is a chic addition to any vanity and, to me, makes the $38 price tag feel justifiable.

Arlene's Nude will be available for purchase starting today on the YSL website, and the following shades will be rolled out each day until August 25. Here's hoping there will be a selfie to celebrate each one.