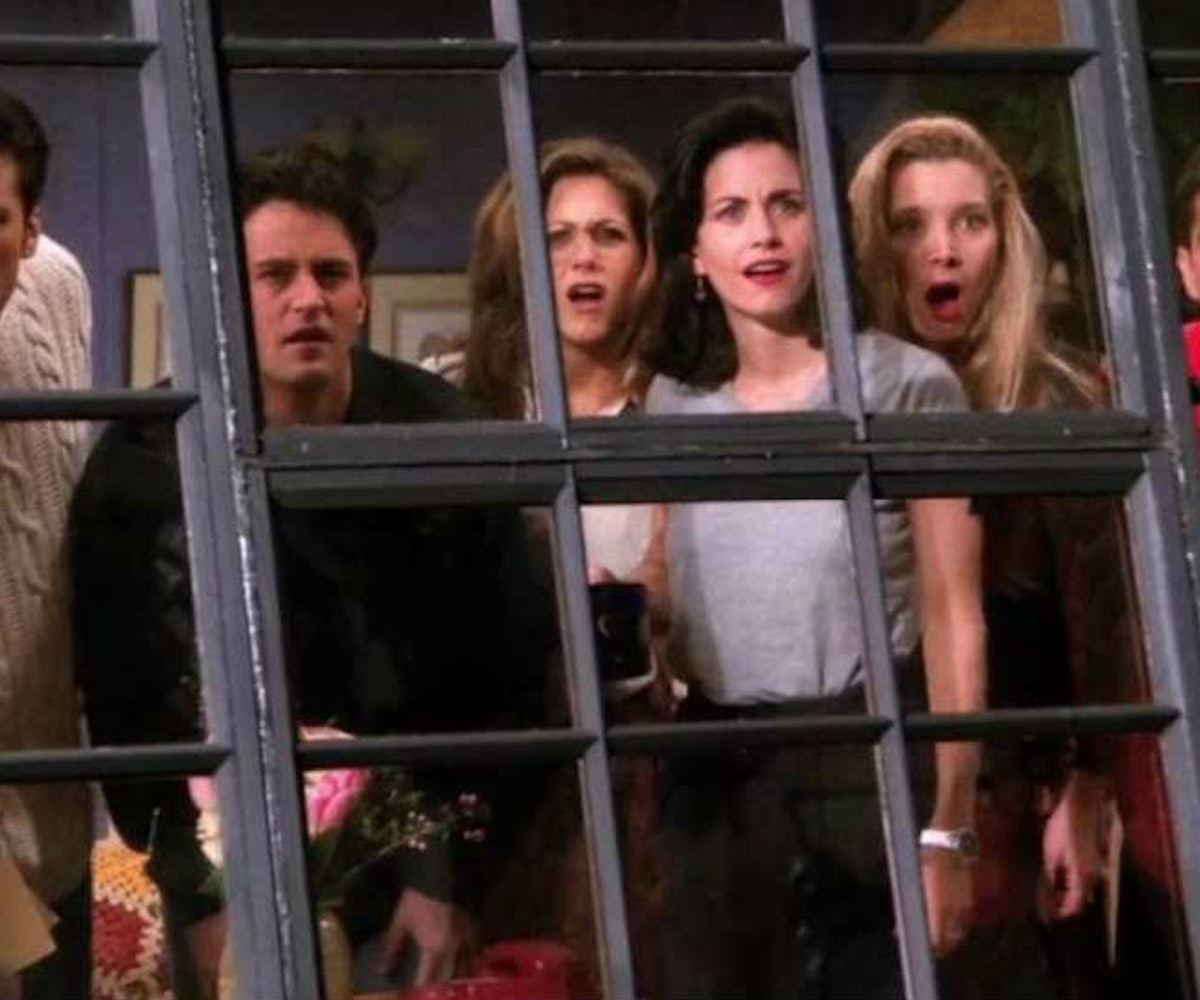 I've been thinking about friendship a lot lately—forming new ones, strengthening old ones, letting go of broken ones. I've been thinking about it a lot because I'm of the age where my friends are entering into different areas of their lives: getting married, buying houses, considering having kids. And, as such, it feels harder to maintain the same connection we had when we weren't bogged down by responsibility.

"The busyness and structure of adulthood just isn't set up for helping us to make and keep friends," friendship expert and therapist Miriam Kirmayer says. This makes me think of a quote I saw recently (on the internet, where else), that reads: "Adult friendship is saying 'let me call you back' hanging up and calling back 3-4 days later and no one takes it personally." If you're over the age of 24, this probably hits home—and that's because it's true! Adult friendships require adjustments, which can be hard and complicated and confusing. But it doesn't have to be.

As Shasta Nelson, founder of GirlFriendCircles.com and author of Friendships Don't Just Happen!, explains, generally, there are three requirements for a well-rounded friendship: positivity, which means, "the relationship needs to feel enjoyable, you need to feel more good than bad after we hang out with each other." Next is consistency, which is "the regularity and the history that we build with each other through our interactions." Last is vulnerability, which is "our self-disclosure and sharing or feeling seen by each other."

All three are important to start a friendship, but absolutely necessary if that friendship is going to deepen. As Nelson sees it, the three requirements can be placed on a triangle, with positivity on the bottom and consistency and vulnerability on the sides. Most friendships, she says, will have the "fun" aspect and not much else. These might be your work friends or your not close sorority sisters, your friend you only hit up when you want to go to the movies, or the one who's always down to go to a concert. These can be your close friends, but usually, they're the ones you keep on your periphery and hang out with for something specific. They might slide up and down the triangle at points, but, for the most part, they're surface-level friends, and that's just fine because surface-level friends are necessary.

Then there are the friends who land on top. Those are the few with whom you've been close since college or childhood and with whom you share more than just a surface-level connection. These are the number ones, the BFFs; the future bridesmaids and godparents to your children; the friends with whom you share almost everything. As a child, everyone you meet is your best friend, but with time and age, you realize only a handful make the cut. That's not to say these relationships are perfect. The positivity is established, but maybe as we get older, the consistency is lacking and, as a result, the vulnerability. This is normal, Nelson says. "We actually have to create our own consistency, and we have to initiate and plan and schedule to see each other when we get older, so that can be harder," Nelson explains. "But one of the things that can get easier over time is that we get more practice at self-disclosure and being seen and knowing who we are. It gets easier to articulate things when we feel more confident, and that comes with age sometimes."

It can feel weird and even a bit slimy to categorize your friends, but Nelson says it's important because it helps to establish healthy expectations. "I would say that most friendship disappointments or fights or breakups come down to us wanting them to have behaved like a best friend and they didn't act like that," Nelson explains. "And so it's a mismatch of our expectations of what we hoped for the friendship and what we had created or developed in that friendship." Like, for example, your work friends don't need to be the same friends who help you pack up your boxes and move, and your book club friends aren't supposed to be the ones who show up when you break up with your boyfriend. "That doesn't mean they're bad friends, that just means that the only thing you've built up with them so far is book club," Nelson says.

Another reason categorizing your friend group becomes helpful is it forces you to look at the quality of your friendships. Nelson explains that there's an "ebb and a flow" to every friendship and that not all last forever. In fact, she says, one study shows that we replace half our close friends every seven years. "The sooner we evaluate our friendships, the sooner we can say, 'Oh, this friendship is fun, we see we have a good time, and we see each other all the time, but it's not as meaningful as it could be because we're not really self-disclosing or sharing or confiding in each other.'" That then gives you a chance to ask: Do you want to increase the vulnerability or are you fine with it staying where it is? Or, is the friendship not serving you anymore and is it time to let it go?

It sounds harsh, but this ends up being better in the long run. "As we age, we also develop a better sense of our needs and values and the kinds of people we want to surround ourselves with," Kirmayer says. "This often allows us to have fewer, better relationships—the kind of friendships that are formed from a genuine connection, based on mutual understand, and withstand the ups and downs of adulthood." She adds that our needs change "depending on our life stage or experience." Evaluating and re-evaluating your friendships also allows you to "take stock of the types of friends or support you may be missing."

I've also been thinking about friendship a lot after reading Elena Ferrante's book (now also an HBO series) My Brilliant Friend. The book is the first in a series of Neapolitan novels that follow the friendship of Lenu and Lila in Naples, Italy. Their friendship is complicated and often rivalrous. The book, which was translated from Italian to English, became a cult favorite in part because Ferrante doesn't tiptoe around the hard bits of friendship. The dynamic between the two girls is given depth and intensity and attention in the same way romantic relationships often are. Which is appropriate, given that friendships and partnerships are similar in a lot of ways.

"We're having to practice the same three actions—positivity, consistency, and vulnerability—in all of our relationships, whether they are romantic or platonic," Nelson explains. Obviously, the actions manifest differently in a friendship than a partnership, but both need to be cared for and nurtured. They have ups and downs and they come with expectations. Like a romantic relationship, the goal isn't to find the perfect friend but to develop a healthy friendship. As Nelson says: "It's on us to create the consistency, we can always add positivity and think of how to have more fun together and how to express our gratitude more and how to bring more latches to the friendship."

NEXT UP
Culture
6 Shows To Binge Once You've Finished 'The White Lotus'
Culture
On The List (With Melissa Rich): How To Throw The Ultimate Apartment Party
Fashion
Meet The Depop Seller Making Belts Out of Tiny Bonne Maman Jars
Culture
Succession Season 4 Trailer Explodes With Family Drama
Style + Culture, delivered straight to your inbox.