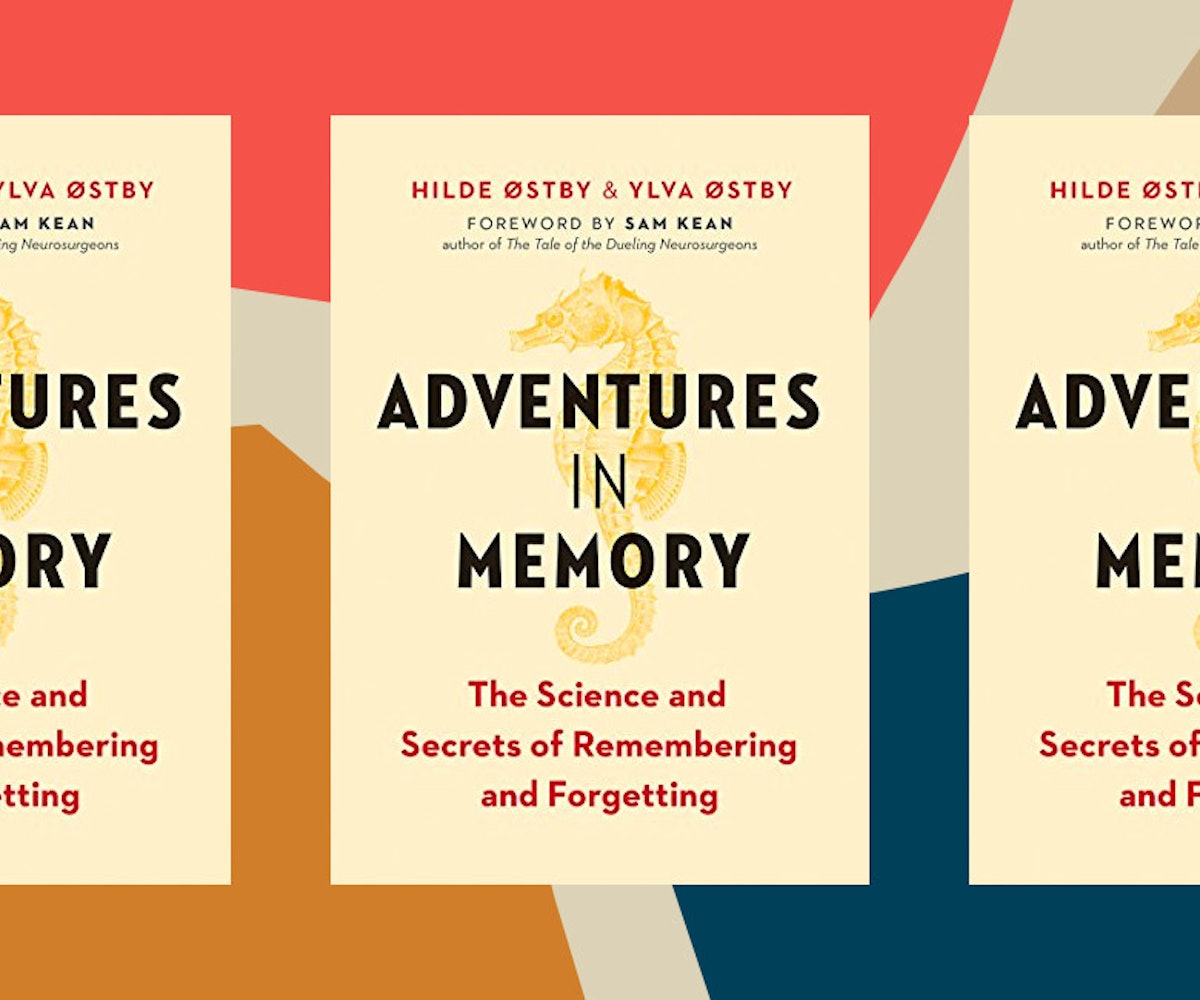 Are you the same person you were five minutes ago? How about five months ago? Or five years? In his foreword to Adventures in Memory: The Science and Secrets of Remembering and Forgettingby Hilde Østby and Ylva Østby, author Sam Kean describes the Ship of Theseus Paradox, in which the Greek hero's ship is preserved as a memorial. But it experiences wear and tear over the years, things break and erode, and so its parts are replaced. Rather than decaying, it is slowly, piece by piece, rebuilt, which raises the question—is it still the same ship? Our bodies are similar; Kean writes: "Over the course of a decade or so, every last atom in your body gets replaced. So are you still you in the end?"

Our memories have much to do with how we define ourselves, how we do, in fact, remain the same people. Though we go through physical changes on a perceivable as well as molecular level, though we might learn new things and change our minds about certain issues, most of us still retain a sense of self. Part of that self is built upon our life narratives, which are built on the memories we've stored, the stories we've been told about ourselves and have internalized, and the futures we imagine or work toward in our day-to-day lives. It is this process—the development of memory, its complexity, its connection to narrative and storytelling, and ultimately the unbreakable tie between past and future—that the Norwegian Østby sisters—Hilde, a novelist, and Ylva, a neuropsychologist—seek to explore in this wonderful new book, translated by Marianne Lindvall.

The authors begin their story about memory by invoking the image of the seahorse (which remains a recurring theme), because of its similarity to the part of the brain that stores much of our developing memory: the hippocampus, which literally means "horse sea monster" in Latin (so, seahorse). The hippocampus was discovered in 1564 by an Italian doctor who had, at the time, no idea yet that it was so crucial to the development and storage of memory. From there, the narrative moves firmly to more recent history, and to the early subjects of memory research, like Henry Molaison, a man with epilepsy who was treated at age 27 with a surgery that removed his hippocampi on both sides of the brain in order to cure his seizures. The seizures stopped, all right, but Molaison lost the ability to store new memories, making everything after his 25th birthday (he lost two years before the surgery too) fleeting, available to him only in the moment. Think of Drew Barrymore's character in 50 First Dates, whose memory was wiped clean each night as she slept, dooming her to live countless days thinking they were all the same one; Molaison was something like that, as he had a sense of self, a memory of his history, and an ability to adapt to his surroundings and participate in conversation, but couldn't remember what happened a half hour ago, could be surprised by the same joke over and over again, and had no sense of his age without looking in the mirror and seeing that time had passed.

In contrast, the authors look at Molaison's opposite, in a way: Solomon Shereshevsky had a memory so prodigal, in part due to synesthesia, that once he discovered it was abnormal, he turned it into his job by becoming a touring memory artist, wowing audiences with his ability to memorize and repeat lists of words and numbers. But "contrary to what you may think," the Østby sisters tell us, "an amazing memory—the kind so good we dream of having it ourselves—didn't make Solomon rich, nor did it make him powerful or particularly happy. He jumped from job to job and finally died alone in 1958 without friends or family by his side."

These two men exemplify some of the extremes of memory—its loss due to surgery and its impressiveness due to synesthesia. But what about the rest of us, those of us with more or less normal memories? The Østby sisters discuss how our memories work, where short- and long-term memory is stored, and how anxiety about losing significant memories is fairly common, though they also assure us that forgetting is a normal part of how our brain operates. We need room to store significant memories, and so the daily, unimportant moments—what you ate for breakfast last Tuesday, how your hair looked on August 12, 2012—aren't prioritized in our brains. "The fate of a memory," they write, "is mostly determined by how much it means to us. Personal memories are important to us. They are tied to our hopes, our values, and our identities. Memories that contribute to our personal autobiography prevail in our minds." Which raised an interesting and frankly upsetting question about memories of trauma.

In the age of #MeToo, when we're having open and frank discussions about rape and sexual assault and harassment, it's startling to realize that there's a reason men like Judge Kavanaugh, Louis C.K., and the many others accused of violence against women don't remember the events. Or, if they do remember them, they don't remember them as important. It's because those events, to them, were not significant. The events in which they harmed others weren't stored in their minds in the same way that they were stored for those who were harmed. The chapter in Adventures in Memory that deals with trauma is especially interesting, detailing what are called the "memory wars"—the disagreement amongst scientists about how trauma is remembered. There are two camps, one that believes trauma fragments memory and can cause repression and dissociation, and those who believe that trauma is remembered more vividly than other memories. There is, as yet, no agreement, and anecdotally, many of us have likely heard versions of both these experiences.

As the authors explore both older and more recent science, several things stand out to me. First, they highlight—casually, without fanfare—many scientists who are women, a fact that I noticed because it is still so common to hear only the names of men mentioned in relation to groundbreaking science. Second, the conversational, narrative-driven tone of the book makes it an excellent read for anyone curious about the topic of memory. It's an accessible book, which makes it all the more joyful for those of us who aren't familiar with the science involved.

Adventures in Memory: The Science and Secrets of Remembering and Forgetting is available for purchase, here.