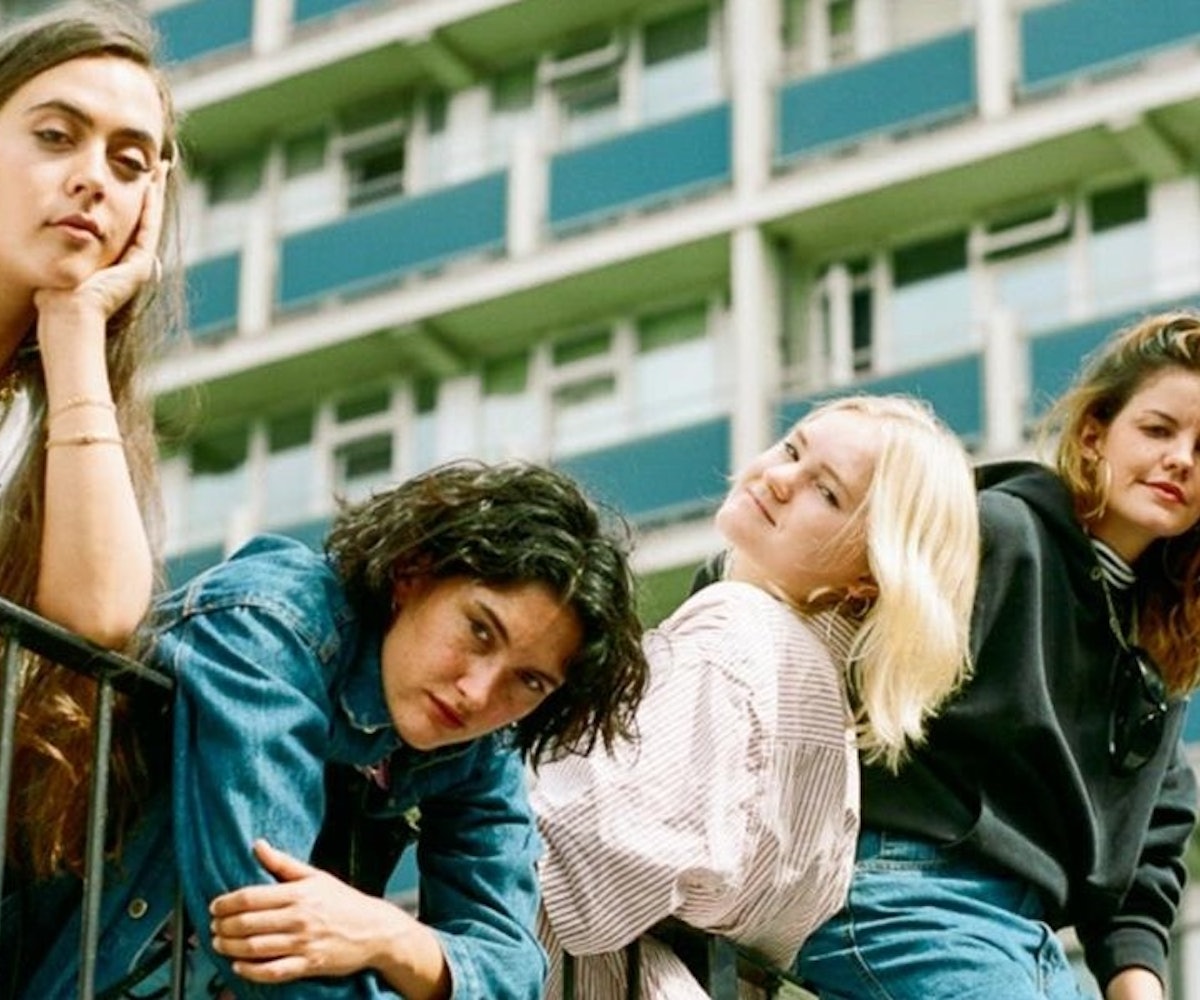 The music industry continues to feel the impact of the ongoing coronavirus pandemic. With Hollywood already experiencing delayed productions and postponed movie premieres, musicians are now announcing changes to their album release dates. As of March 23, HAIM has announced it was postponing the release of its new album, while Dua Lipa shared that she was pushing up the release of Future Nostalgia. HINDS, the Madrid-based rock quartet, have also delayed the release of their album.

During an Instagram Live segment with fans, Dua Lipa confirmed that instead of releasing Future Nostalgia on April 3 as once planned, the album would instead be available on March 27, Billboardreported. "I'm really excited for you all to hear it and, you know, make of it what you will. I hope it brings you some happiness, and I hope it makes you smile, and I hope it makes you dance. I hope I make you proud," she said.

Along with an earlier than expected release of her album, the singer announced that the album's next single — "Break My Heart" — would premiere on March 25.

Unfortunately, not every artist has the ability to offer an earlier release date. HAIM shared that the trio was postponing the release of Women In Music Part III to later this summer. "Due to everything that is going on with covid-19 and the changing nature of travel policies and quarantines across the world, we've decided it is best to postpone the release," the sisters wrote on Instagram. HAIM didn't offer a confirmed future release date, only saying that the health of their crew, fans, and team was a top priority, and they had planned an extensive tour in support of the new album.

HINDS announced on March 24 that they've also pushed back the release of their album, The Prettiest Curse. Originally scheduled to drop on April 3, the group's third project will now be arriving June 5 via Mom + Pop. They've also re-routed the majority of their previously scheduled North American tour, and added new European dates, which you can view on their website.

"We all need music now more than ever, and we were so excited to release our album next month and share it with you," HINDS wrote in a press statement. "But right now, things are a bit scary in spain and the coronavirus is something that is affecting a lot of our loved ones, so for right now we think all of our focus should be on staying safe and staying home, not promoting a new album."

Although other artists haven't yet announced any similar measures in response to coronavirus, Billie Eilish had cancelled an ongoing tour, while other musical events including Coachella and SXSW were also postponed or cancelled.

Below, check out statements from HAIM and Dua Lipa.

Editor's Note: This article was updated to include the rescheduled album release date for HINDS.