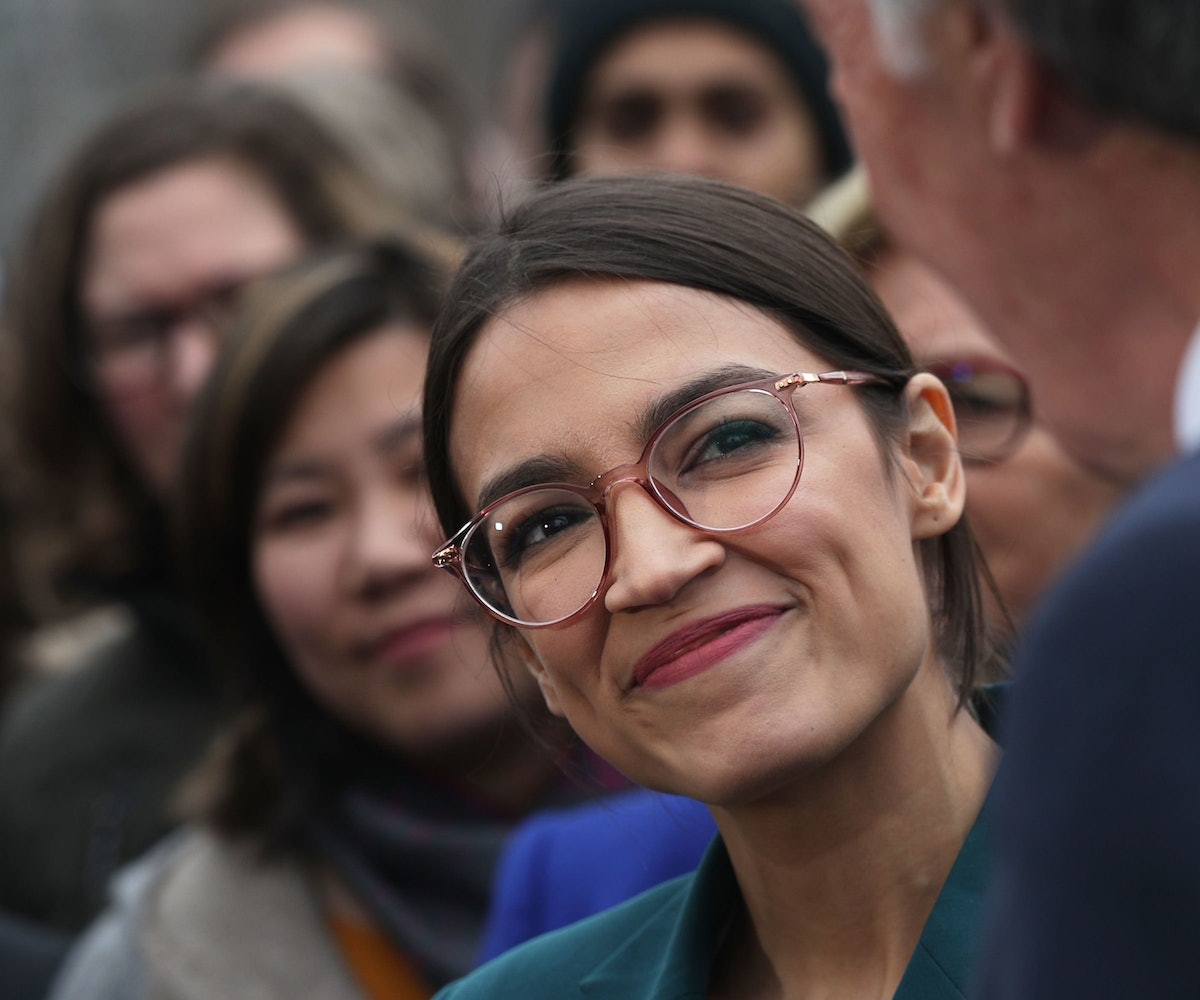 Netflix will be bringing us a documentary about our favorite Congresswoman and beauty guru, Alexandria Ocasio-Cortez. It needs to be released, like, now.

Knock Down the House follows four women, including Ocasio-Cortez, who ran for office against incumbents in elections last fall to bring fresh voices to Congress. Cori Bush, Amy Vilela, and Paula Jean Swearengin were also followed in the film, but Ocasio-Cortez was the only one who won her race.

It premiered at Sundance, where it won the Sundance Festival Favorite Award before it was picked up by Netflix. It was funded by a Kickstarter campaign, which raked in about $25,000, and was sold to the streaming platform for $10 million. This makes it, according to Deadline, the "biggest documentary sale ever brokered at a film festival."

AOC herself was apparently supposed to come to Sundance to support the film, but had to cancel due to the "turbulence of the government shutdown which was just coming to an end." She did, though, call in via Skype, where she gave a speech to the film's audience about its importance.

"I'm just so glad that this moment, for all four of us, was captured and documented," she says, "not just for the personal meaning of it, but for really everyday people to see that, yes, this is incredibly challenging, yes, the odds are long, but also, yes, that it's worth it, and each and every single person who submits themselves to run for office is doing a great service to this country, including Amy, Paula, and Cori."