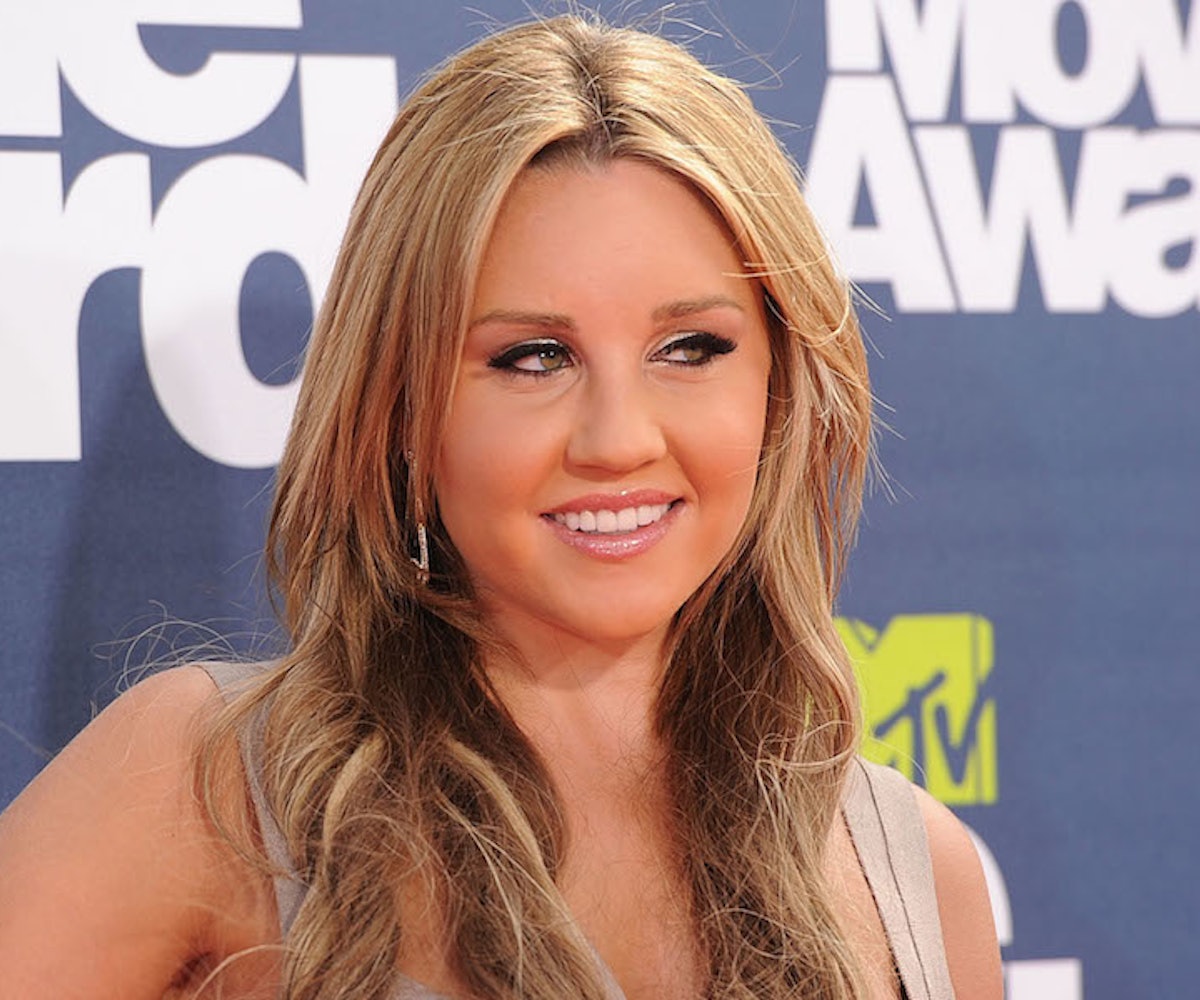 Amanda Bynes has just graduated with the Class of 2019 from the Fashion Institute of Design and Merchandising in Los Angeles. Late Monday evening, Bynes shared a photo to Twitter celebrating the achievement, posing alongside a classmate in her cap and gown.

TMZ shared additional selfies with fellow classmates from the graduation ceremony. Sources told TMZ that Bynes seemed "ecstatic," and that she was "getting tons of love from her teachers and peers."

The actress has been enrolled at the school since 2014, though, as Page Six notes, was kicked out for a short period of time toward the beginning of her studies, but returned and completed her program within five years.

In March of this year, Bynes checked into a mental health facility after an alleged relapse, following four years of sobriety. Prior to that, she had returned to the public in late 2018 with an interview with Paper in which she opened up about her experience with depression after the release of She's The Man, as well as her drug use.