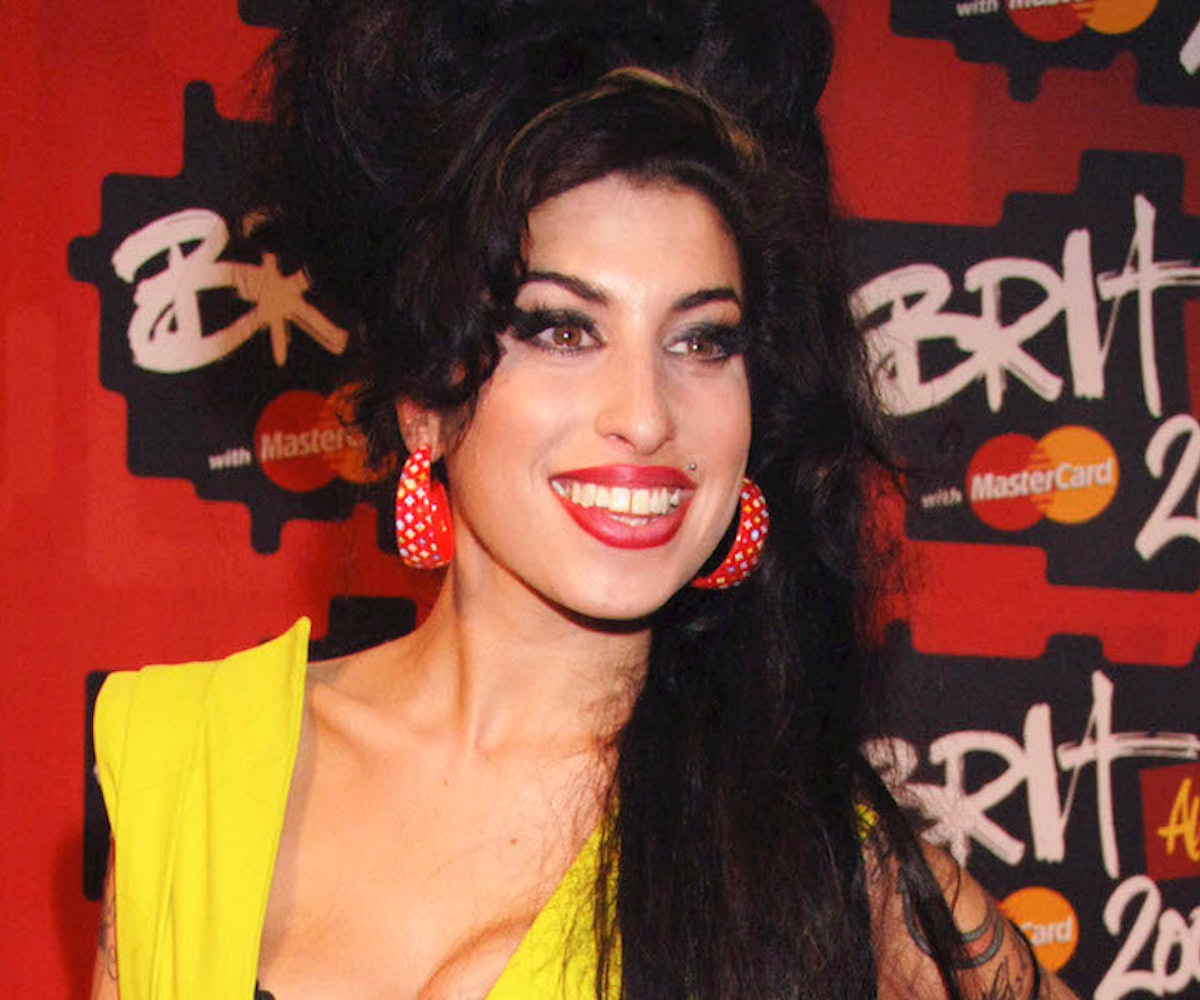 The music and fashion of Amy Winehouse now has a dedicated exhibit at the Grammy Museum. Beyond Black — The Style of Amy Winehouse, open January 17 through April 13, and "will offer a retrospective of Winehouse's career, her biggest influences, her most iconic fashion moments, and how she — while only living to be 27 and releasing two studio albums — left an indelible mark on music, fashion and pop culture," according to the museum. Some of the most recognizable styles from Winehouse's wardrobe, worn on tour and at home, are on display as a part of the show.

The bamboo-printed halter dress worn by Winehouse during her last concert ever in Belgrade, Serbia — created custom by Winehouse's stylist, Naomi Parry — is included in the collection shown, according to an exclusive preview by Harper's Bazaar. Fans can also get an up-close look at Winehouse's Dolce & Gabbana dress worn for her performance at the 2008 Grammy Awards, the yellow Preen dress and sculpted Moschino purse sported at the 2007 Brit Awards, as well as a red satin bustier dress by Karen Millen worn to the 2004 Brit Awards, amongst other styles.

Per the Grammy Museum, "The exhibit will also touch on how Winehouse's untimely passing led her family to create the Amy Winehouse Foundation, which worksto inspire children and young people to build their self-esteem and resilience, so that they can flourish." Winehouse's father, Mitch Winehouse — whose had a fraught relationship with the public since the passing of his daughter — offered a statement in support of the exhibit to the Grammy Museum. "Amy not only brought her gift of music to the world, but also her fashion," he states. "We're eager for people to see her bold, beautiful spirit through all forms of her creativity and look forward to honoring her legacy by displaying these items at the Grammy Museum." Much of the exhibit has been created from the family's personal archive.

Look back at some of the styles on display at the Grammy Museum, below.

Amy Winehouse in Naomi Parry at her final concert in Belgrade, Serbia on June 18, 2011.

Amy Winehouse on the red carpet at the 2007 Brit Awards wearing Preen and Moschino.

Amy Winehouse on the red carpet at the 2004 Brit Awards wearing Karen Millen.

Amy Winehouse performing at the 2008 Grammy Awards in Dolce & Gabbana.