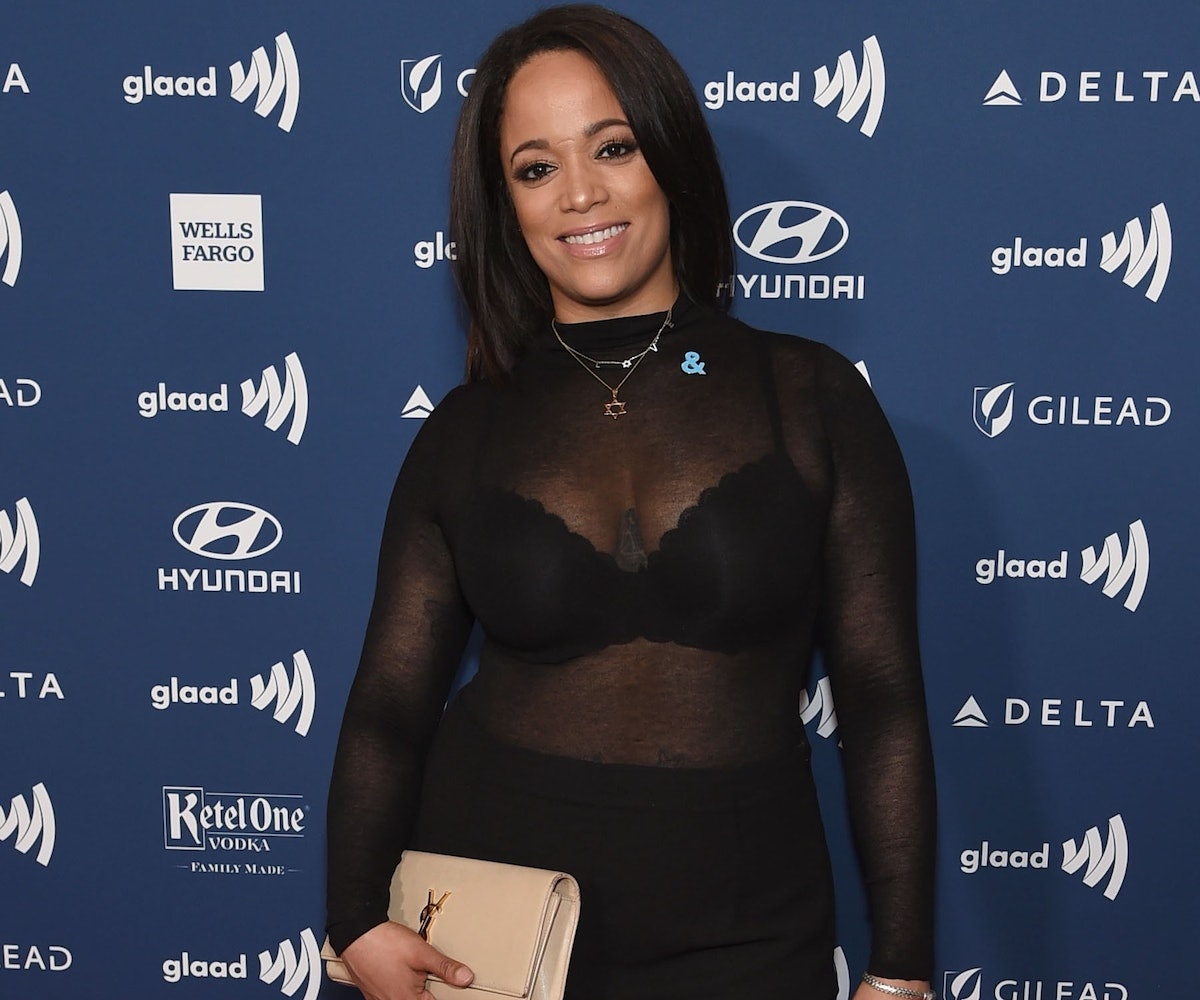 These days reality television is prime ground for LGBTQ representation: Love & Hip Hop is applauded for its strides in representation; one of my favorite HGTV hosts, David Bromstad, is gay; and let's not forget Project Runway, Queer Eye, and RuPaul's Drag Race. But I remember a time when this was not the case. Back in the days when MTV's TheReal World and Road Rules were my only reality show options, queer people were few and far between, and they were usually men. That was until Aneesa Ferreira joined the cast of Real World in my hometown of Chicago.

Ferreira was the first openly queer Black woman to appear on a reality series, and I remember her clearly and fondly, with hair and thighs thicker than the white women who were normally paraded around the house. Nearly 20 years later, I was gassed to speak to her about that experience, how she feels about being a queer icon, and what she's up to now.

There wasn't a lot of queer visibility in reality television when you were on The Real World. What was it like to hold that space as one of the first people to be out, and to be a Black woman on top of that?

I didn't know I was holding anything at first. I had to do a lot of soul-searching after, but growing up with a white mother in a predominantly white area, I wasn't really taught much about my Blackness. I knew I was brown. I knew that existed. But I was also Jewish, so that was my identity. It's hard with all of these identities intersecting. Which one takes precedence? Which one is your identity? Are you a woman and a woman of color? Or a queer woman? How do they work together, if they work together at all? At that point, they weren't really working together, but I was also 19.

I was self-aware, but not to the point where I was ever doing anything purposely. I was just living very rebelliously, [thinking], I'm a female lesbian. I don't care what you think about my life and my choices. I didn't think about how people were going to receive me or how the community was going to look at me. I kind of lived like nobody was watching. I think that gives you the most authentic perspective and that allows you to really see something for what it is because no matter how you edit it, it still is me.

I didn't realize until after we filmed and it was on TV that I had an impact on people with body image stuff, which is fucking weird to me, because I was like 120, 125 pounds, which is small. I was perceived to be a bigger girl because everybody else next to me was a stick. So I helped people with body positivity. I was helping gay men and anybody come out. It didn't matter what people looked like. I still have people that come up to me, and they're like, "Hey you were our only representation." And these are white, very white, straight-looking men that are like, "Thank you." You would never think that there could be a connection there, but I guess that if there's some type of visibility and it has a strong presence, then that's something positive for the community.

Do you still identify as queer?

When we see people on TV, we don't always consider their evolution off-screen. How have you evolved?

For some people that come out, there is this new out and proud and rainbow flag kind of state that sticks to certain people, not everyone. And being a woman, I had it a lot easier than men, especially men of color, because Blackness and masculinity are such big things, and being gay doesn't fit that.

I had a lot of friends, and I was just in a time where we were really proud about our sexuality, and we were happy about it. As I got older, there were some things that changed, like having an adult relationship with a man. A lot of my ex-girlfriends are trans now, and I've dated trans people. I used to think bisexual people were super gross, and it's such a shitty term. That was basically a learned hatred. That was a learned way of thinking. The lesbian community frowns down on bisexuals, unfortunately. I think that's still kind of the thing.

But I realized that hating men doesn't make me a better human. At 31, I'm hooking up with a boy on national television, and I'm like, Shit, how am I gonna explain that? Being, like, a lesbian icon to people is a lot of pressure. [Some people] don't believe in change and evolution, that you can't be anything but where you were. You're kinda stuck in that time frame, and for me, I was like, Well, if I'm going to be happy, I want to explore things. I want to find out stuff about myself. If I don't like it, I don't like it. I think people are afraid that, once they say something, they can't turn back. And I think something about being queer, like being fluid, is a wonderful thing. I feel like I have a lot of freedom, and I should be able to be sex-positive.

I could have seven girlfriends and two boyfriends if I wanted; or be asexual. I've just evolved where the label doesn't necessarily hold as I think it does for other people. I think the labels help other people understand us rather than us understand ourselves, but then we also have to identify ourselves within our community. You're kind of stuck, but now I'm okay saying I'm queer. For me, it's a cool word. We took it back. If I have to use a label, that's the most fitting.

I really identify with that because I also identify as a queer femme woman and while that fits me, [people like] my mom or cousins, for example, usually have no clue what that means. [laughs]

It's also language. People still don't have it. We didn't have [queer] then, so bisexual is fitting. We just didn't have enough language, we have to change the way we speak about things and how we look at things, and it gets complicated for everybody. It does.

So what are you up to now?

I've been very humbled in my life. I was [an exotic] dancer for a long time, so I made so much money doing that, and it gave me the freedom to just go on all of the shows that I wanted to. That was a part of my identity that I really didn't enjoy, just because of the negative connotations and I just didn't understand why I couldn't be that person. Why couldn't I make that money and still be Aneesa? People were like, "I can't date you," and it just wasn't me.

I can't drink every night and do all this stuff, and I'm in school full-time. It was just not the healthiest environment for me, but I was still doing TV shows when I broke my ankle and that kept me out for a little bit, so now I'm bartending, which is cool. I get to meet interesting people and be humbled by the $2.83 you make an hour and not have the luxury of being like, Oh my god. I have all this fucking money. There's something really beautiful about working hard and not, like, just sitting on my ass, because there were two years where I just chilled with an injury and money. But it is humbling, and I guess it was necessary. I don't think anything happens by accident. So yeah, that's my life. I bartend. I go back to school in the fall. I have six classes left before I start my master's.

What program are you doing?

I'm a Psychology major. My minor is in Women's Studies, Gender Identity, and Human Sexuality.

I got my bachelor's and my master's actually in Gender and Sexuality Studies!

That's awesome. I love it. It really messes you up though, because then you just can't look at things and laugh anymore. [laughs]