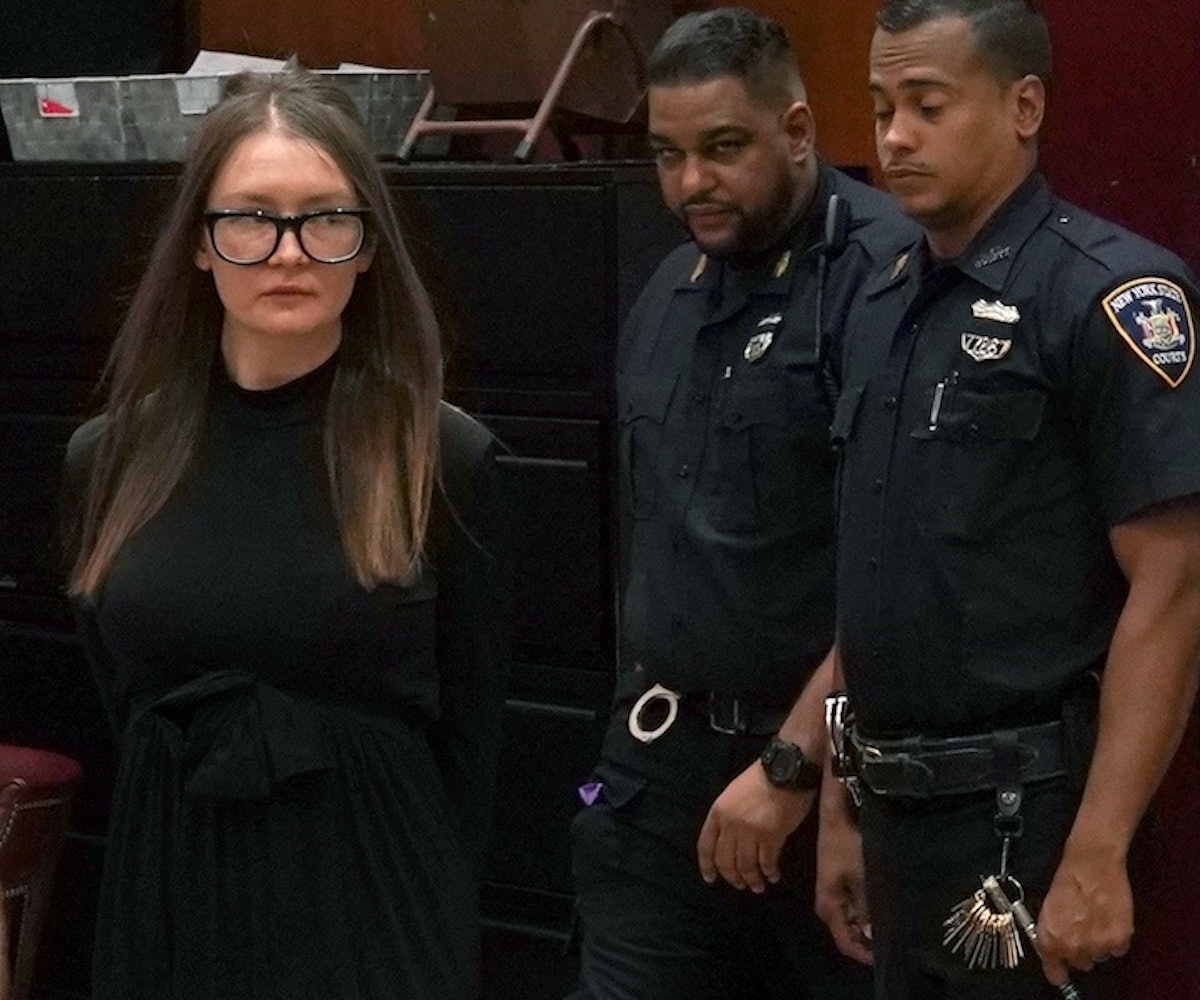 The Netflix series about scammer Anna Delvey is finally coming to fruition. On Thursday evening, the Shonda Rhimes-led project announced its stellar cast, along with some new details about what to expect from the show. Titled Inventing Anna, the series will follow a journalist who uncovered Delvey's crimes rather than Delvey herself, and has been commissioned for 10 one-hour episodes according to Variety. The New York Magazine article that brought Delvey to the internet's collective attention — "How Anna Delvey Tricked New York's Party People" by Jessica Pressler — will provide basis for the series.

Delvey herself can now rest easy knowing who gets the honor of playing her in the Netflix series, though, it's not Amanda Seyfriend as Delvey initially hoped. Instead, Ozark actress Julia Garner will star as the faux heiress, while Veep's Anna Chlumsky will play her journalist foil. Laverne Cox is set to appear as a personal trainer, with Katie Lowes (Scandal) taking on the role of Delvey's friend Rachel and Alexis Floyd (The Bold Type) as hotel concierge.

Garner's casting comes off of her recent Emmys win for Best Supporting Actress for her existing Netflix show Ozark. Last year, she also appeared on the platform alongside Emma Stone and Jonah Hill in the limited series Maniac. Inventing Anna currently has no set premiere date, but here's hoping that when it arrives, Garner will be sporting Delvey's now infamous choker.

NEXT UP
Culture
Phoebe Dynevor Will Not Return for Bridgerton Season 3
culture
Anna Delvey Is Getting A Reality TV Show
Culture
6 Shows To Binge Once You've Finished 'The White Lotus'
Culture
Succession Season 4 Trailer Explodes With Family Drama
Style + Culture, delivered straight to your inbox.