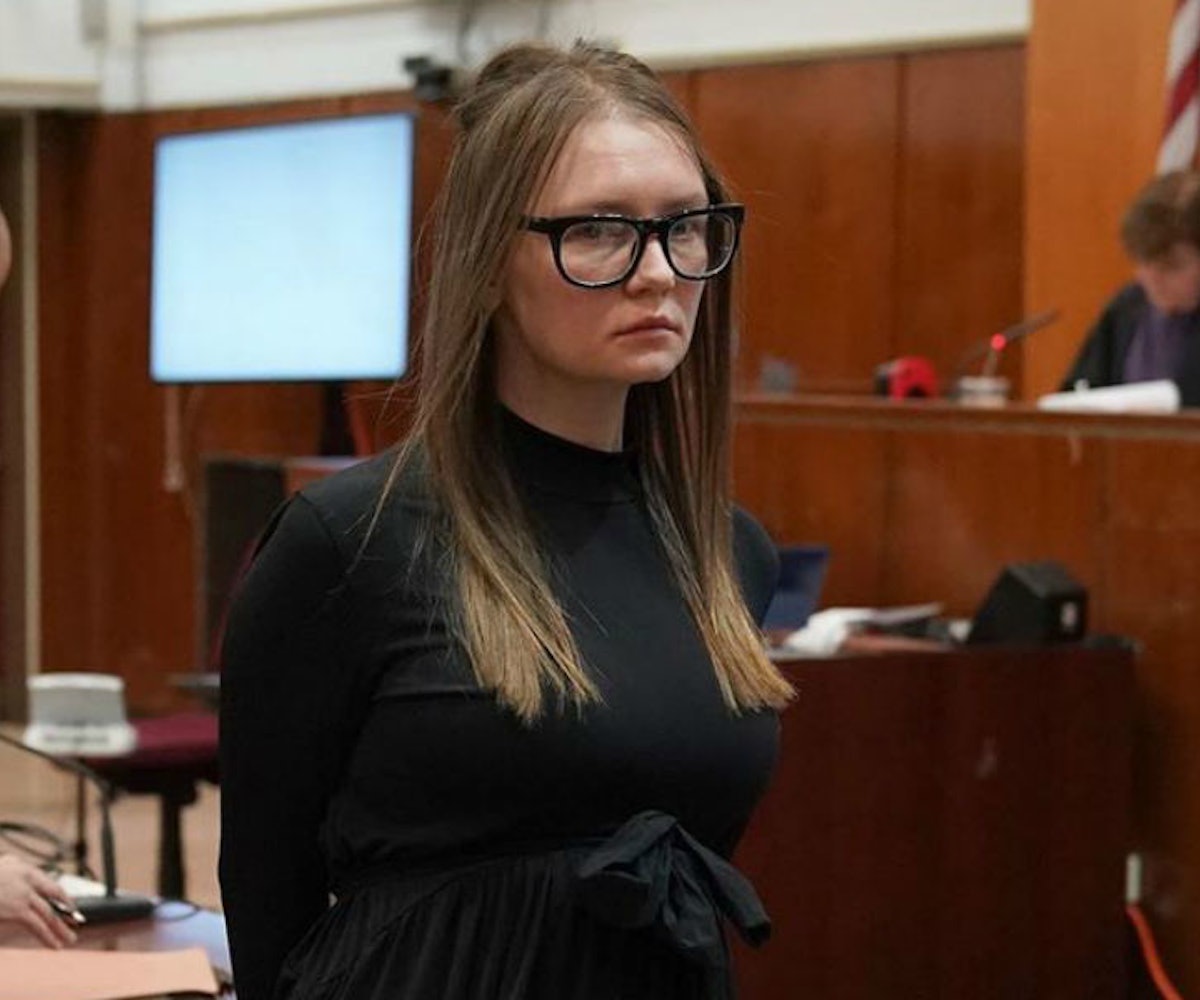 Scammer Anna Delvey (real name Anna Sorokin) is heading to prison. According to The New York Times, she's been sentenced to four to 12 years for conning hotels, banks, and a private jet operator out of hundreds of thousands of dollars.

Delvey was convicted of fraud last month and now, along with her sentencing, she's been fined $24,000 and has been ordered to pay restitution of around $199,000. Delvey, a Russian immigrant, could also be deported once she's released.

While sentencing, Justice Diane Kiesel reportedly said that Delvey was "blinded by the glitter and glamour of New York City," adding that Kiesel herself was "stunned by the depth of the defendant's deception." Though Delvey apologized in the court, the judge has said that Delvey showed no remorse and was more concerned about her clothes (she didn't show up to court once because she didn't like the tan jumpsuit she was being forced to wear) and who's going to play her in an upcoming movie about her life.

"She was interested in the designer clothes, the champagne, the private jets, the boutique hotel experience and the exotic travel that went along with it—everything that big money could buy," Justice Kiesel said. "But she didn't have big money. All she had was a big scam."

Looks like Delvey will have plenty of time to read through the many pieces of fan mail she's bound to keep getting.