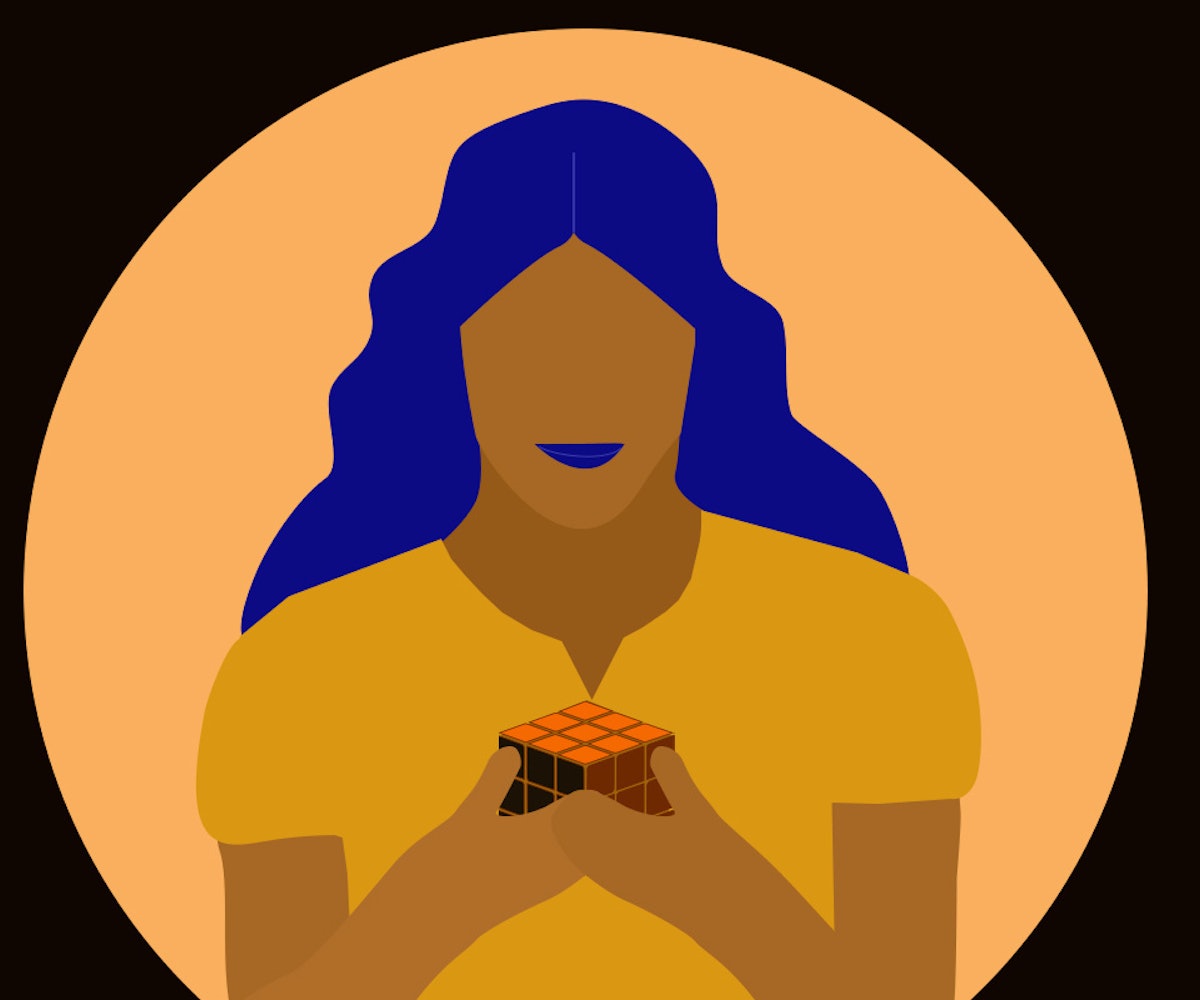 My biggest anxiety trigger is feeling trapped. Ironically, I'm almost never actually trapped. But seemingly everywhere I go, the walls feel like they're closing in on me: in the backseat of a Lyft, in a friend's quiet apartment, at a party, in a conference room. And when I feel my world narrowing, that's when panic sets in.

Over the years, in dealing with my generalized anxiety and panic disorder, I've tried numerous ways to prevent panic, or allay it when it inevitably comes to pass. I've tried marijuana, which sometimes heightens my anxiety. I've tried medications like Valium, but am scared of becoming dependent. But recently I've settled on something that actually works, and it's so simple and strange: gum.

Yeah, as in chewing gum. Weird, I know. But, I made the discovery last year when, on a whim, I boldly bought a pack of Juicy Fruit at a Rite Aid because my brain was already buzzing, and I felt like I needed to do something with my hands, or body, or just truly whatever I could do to offset my laser-focus on social anxiety. After I began violently chomping away, I realized that I had forgotten to be anxious; something about the physicality of chewing gum distracted me from my existential dread, and while my physical brain was being funneled into furious mastication, my emotional brain was able to relax.

Now, I obsessively carry Trident Watermelon with me everywhere I go—it's my adult security blanket, my vice. And by this point, I'm not even sure if it's the gum that works, or the comfort of knowing that I actually found something that has worked at some point, because most of my experience in dealing with generalized anxiety has been feeling like I'm losing a Sisyphean battle. So, the safety of having something in my purse for an emergency, DEFCON 1 spiral is comforting.

And if you were wondering, yes, of course, I abuse it, as that's the nature of vices. Luckily, my security blanket isn't actually detrimental to my health, like drinking or chain-smoking would be. But I'd be lying if I said I hadn't survived a social event by jackhammering my teeth so hard that I could barely unlock my jaw the next morning. Still, I'd rather have a gum-hangover than feel like I used to feel before discovering my adult security blanket, like I was flailing, twisting in the wind, treading water with no hope of finding my footing. Chewing gum is grounding for me, and knowing that is comfort enough.

Other people who suffer from anxiety do similar things to stave off panic, to make themselves feel safe, whether it's intentional or not. We all have That Thing that helps us get through our mental health valleys. However, not everyone's coping mechanisms are healthy. In an effort to find healthy ways to manage anxiety, and also to just, uhh, feel less alone, I posed the question to Twitter: Anxious people, how do you cope? The responses ranged wildly.

Some people have an attachment to some sort of consumption, like I do with gum.

Others are pickers and twirlers, transmogrifying their own bodies into coping mechanisms. I wouldn't classify these as constructive, but they're also not life-threatening, so whatever you need to do to cope, just do it.

Others have sought comfort in forms of entertainment:

But most stick to the classic: occupying their hands.

If you're reading this, and you've been desperately seeking a vice upon which to latch, I hope you'll try some of these on for size. Again, I wouldn't advise the skin-picking or hair-pulling, but that type of thing is typically habitual rather than learned, anyway. But finding something that I know I can rely on has been super grounding for me, even when I abuse it. Like, as I'm writing this, I'm chewing Trident with the fury of 1,000 anxious suns. But, it's helping.