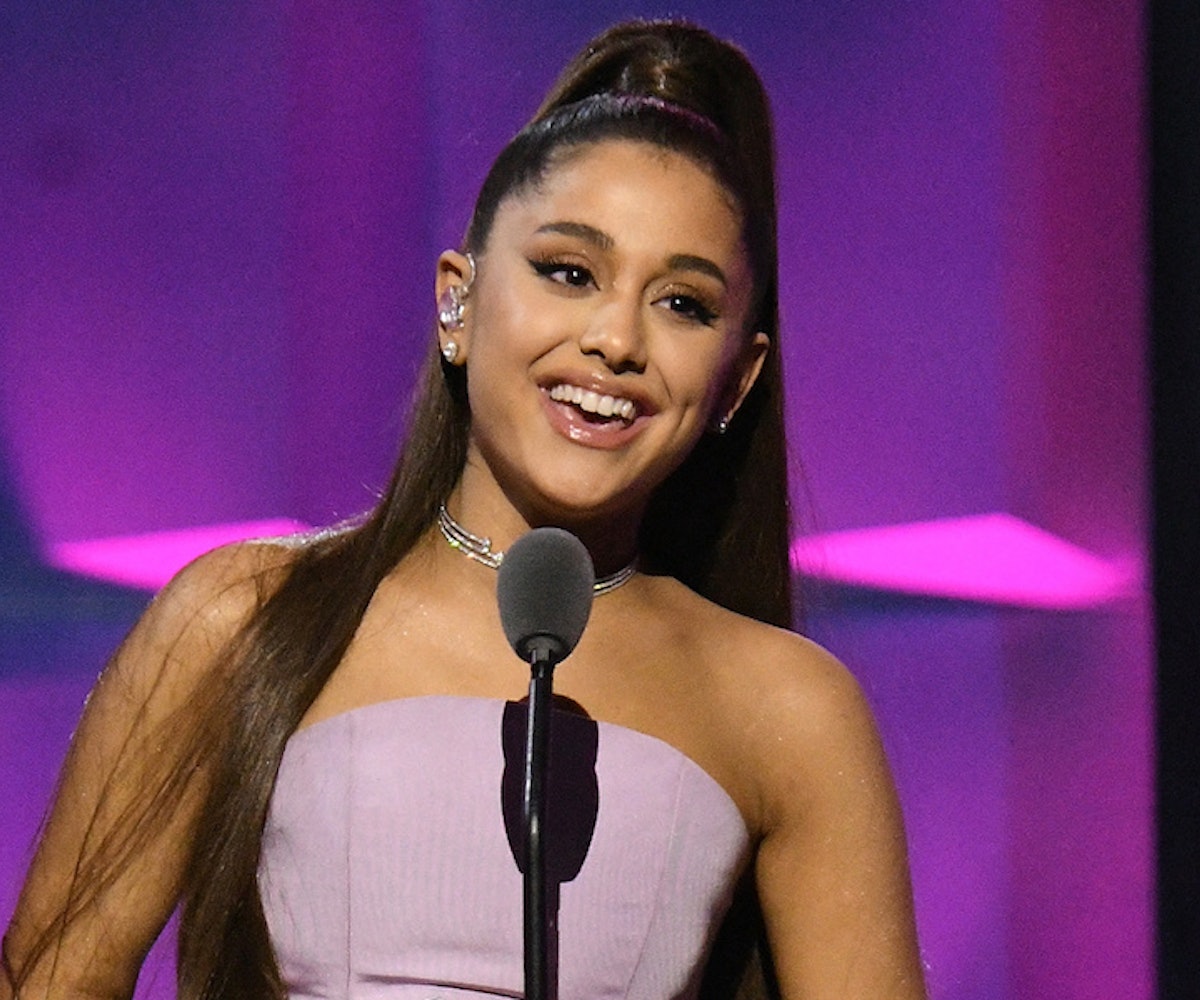 Ariana Grande just made history as the first solo artist (and first woman) to ever hold down the top three spots of the Billboard Hot 100 simultaneously. Grande is only the second act ever to accomplish this, the first being The Beatles back in 1964.

The pop star, who released her new album thank u, next earlier this month, reacted in real time to the news of her history-making via Twitter. "Yo what," Grande captioned a tweet stating her achievements, before sending out a flurry of excited one-liners.

According to another tweet penned by Grande, she had already seen the chart image but thought it was Photoshopped by one of her adoring fans to list "7 Rings," "Break Up With Your Girlfriend, I'm Bored," and "Thank U, Next" taking up the top three spots. The charts will update to reflect the feat tomorrow, according to Billboard, and only time will tell if her streak will match that of the iconic Brit band. Five weeks is a long time to hold down the fort, but, if anyone can, it's Grande.

Grande also revealed that she has already talked over the wild feat with her nonna on FaceTime, who apparently screamed, "Anything else you wanna do?!" back at the singer.

What's left to do when you've already released back-to-back albums that were massively successful and basically inspired every straight woman everywhere to come to realize that Men Ain't Shit? Pivot back to acting? Write a book? Run for president? She can do anything.