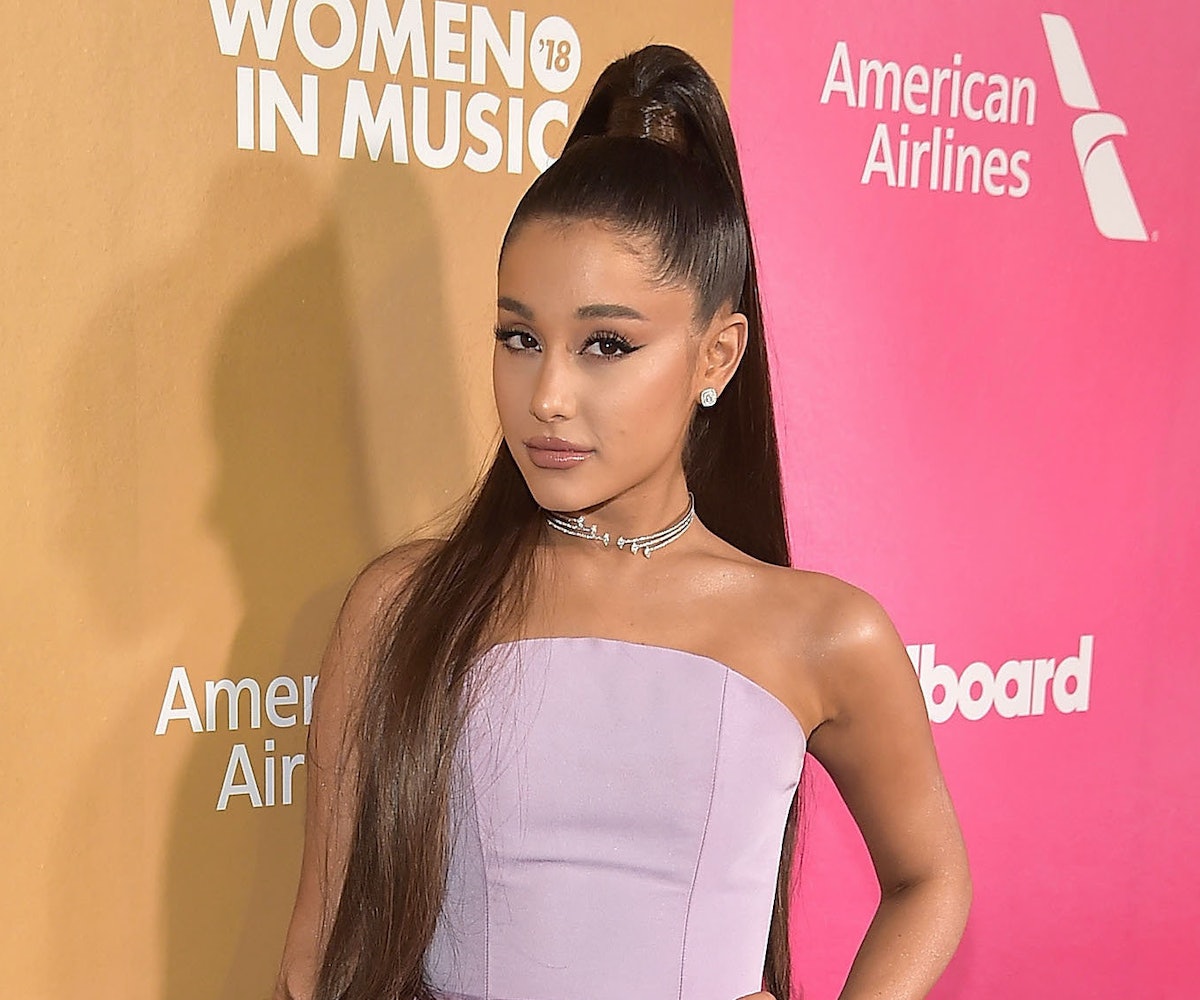 As a person whose job it is to live on the internet, I've noticed quite a few people complaining about a certain Ariana Grande tattoo. And I'm not really here for it.

On Tuesday night, Grande posted a photo of a new tattoo that was supposed to read "seven rings" in Japanese, but actually spelled out "barbecue grill" which, as you would expect, got her roasted on the internet. She's since attempted to fix the tattoo by adding another symbol, but unfortunately for her, the new addition only made things worse: it now roughly translates to "barbecue grill finger," which is... rough.

Honestly, though, we'd rather everyone stop chiding Ariana for a mistake she didn't mean to make. While the thought that goes into a tattoo can be sentimental, it doesn't always have to be. Yes, she meant to ink a tribute to one of her songs onto the palm of her hand, but the fact that she now has a permanent error there instead is pretty reflective of how life works. All of our actions have consequences, and when we make a mistake, we have to live with it. But also, sometimes, it can actually be great to have a reminder of how absurd everything really is.

I literally have a fan inked onto the back of my arm, for no reason other than the fact that I was at a flash tattoo event and it was cute and free. Plus, I really value a cold room in the summer, much like Grande says she really likes barbecue grills. Our social media editor Annalise Domenighini told me that she has the Rolling Stones logo permanently tattooed onto her body, even though she is "far from" a Rolling Stones stan.

Plus, what's the worst that could come of this for Grande? She gets yet another tattoo covered up? She gets a funny story out of it? As she already mentioned, tattoos on the palm don't tend to last long, anyway.