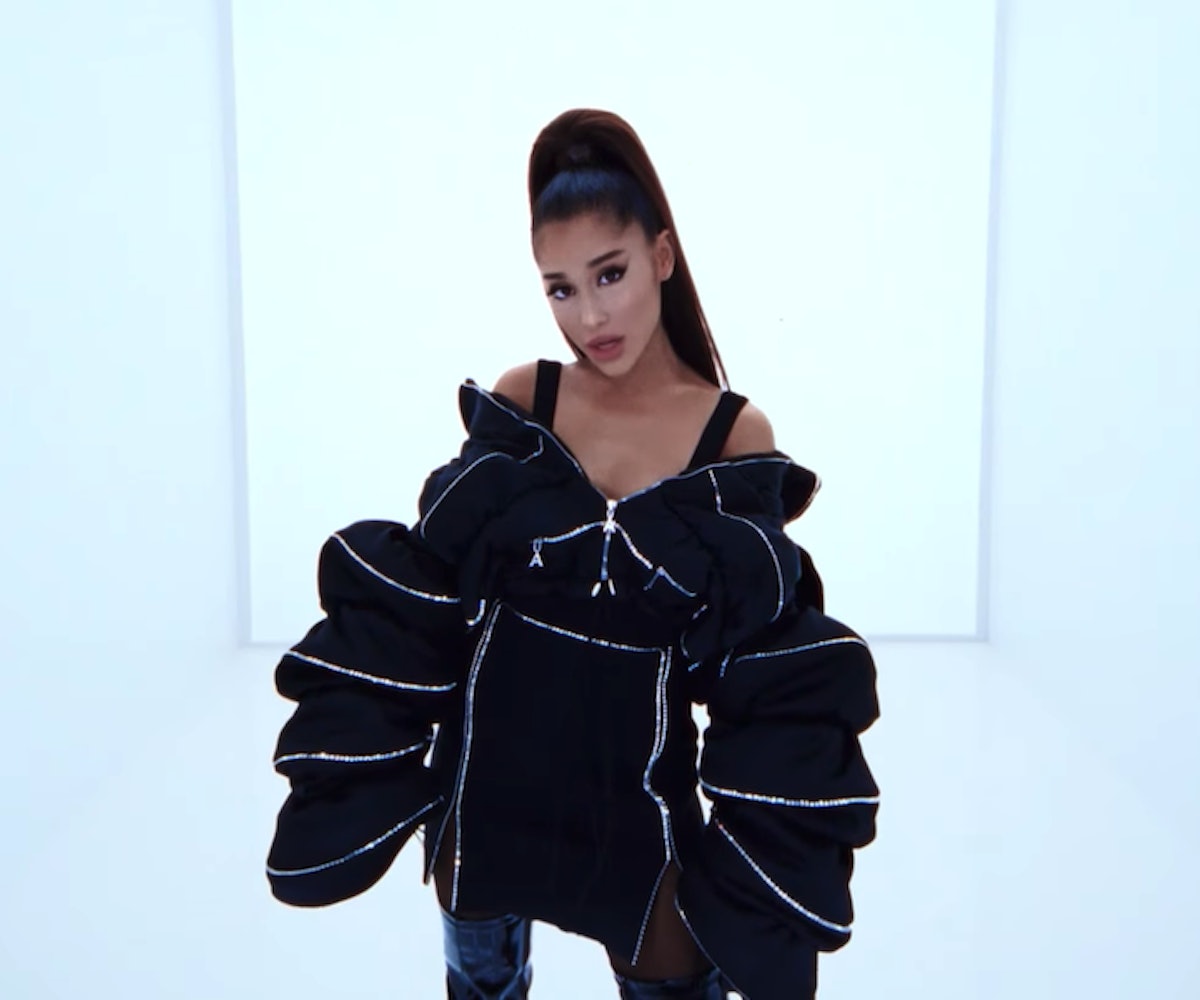 Ariana Grande has released a music video for yet another Thank U, Next track, "In My Head." Directed by Bardia Zeinali—the same person behind that incredible campy horror flick from the Met Gala—the video sees Grande standing alone in a brightly lit room.

Unlike her last music video for "Monopoly," in which she was supported by her BFF Victoria Monét, Grande does all the work herself—that is, until her shoes and extensions take on a life of their own and join her as backup dancers. Her thigh-highs clack on the floor in time to the beat (which reminds me that I totally wouldn't mind if Grande ever returned to her Broadway roots with a tap dance routine), at one point multiplying to take on a kaleidoscopic shape around the singer.