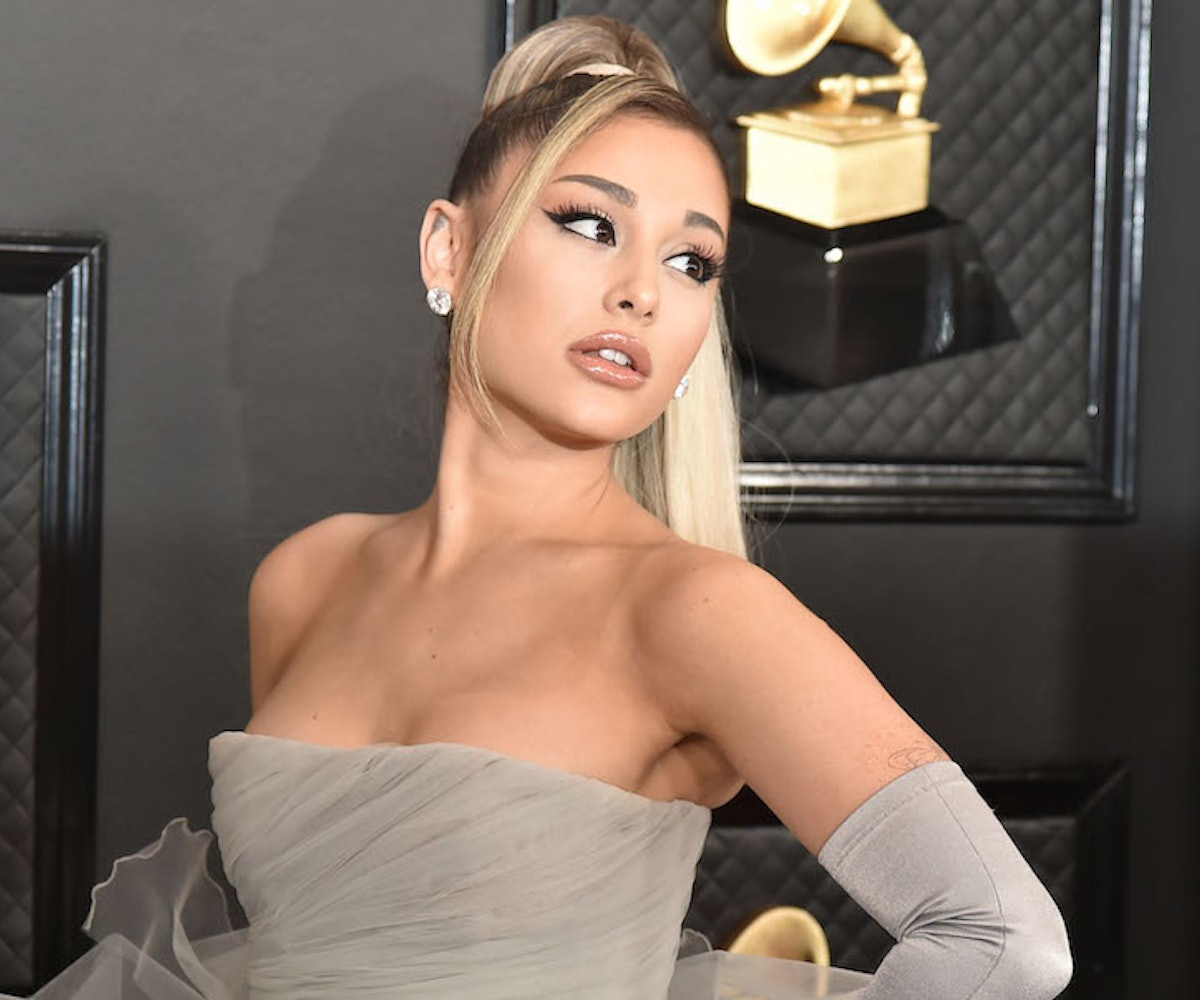 Ariana Grande, being the law-abiding and thoughtful citizen she is, has been quarantining in order to flatten the curve of the coronavirus-turned-pandemic COVID-19. But she's not doing it alone — she allegedly has a new boyfriend to pass the time away with. Fans began noticing a mystery man in Grande's Instagram stories: a snapshot of masculine hands petting her beloved dog, Toulouse, or a pensive, black and white photo of the back of a man's head. They're the type of clandestine photos you take when you first start dating someone and you're still trying to milk the mystique. An age-old technique!

The man in question has been revealed to be real estate agent Dalton Gomez, a pretty cute, normal guy. He's even abiding by the number one rule of the Normal Guy Union, which is to have a private Instagram account. While her ex-fiancé, comedian Pete Davidson, has been serially dating since the two called off their engagement in October 2018, Grande has kept a low profile with her love life. She briefly dated Social House's Mikey Foster, with whom she collaborated on singles "Boyfriend," "Thank U, Next" and "7 Rings." Not that it's a competition, but there's something very triumphant about being dignified through a deeply public breakup, and then coming out the other wise with a new boyfriend no one can stalk online. Comedian Rachel Sennott said it best: "Guys get back at their exes by dating 16 models in a row, girls get back at their exes by dating a normal guy with a private Instagram."