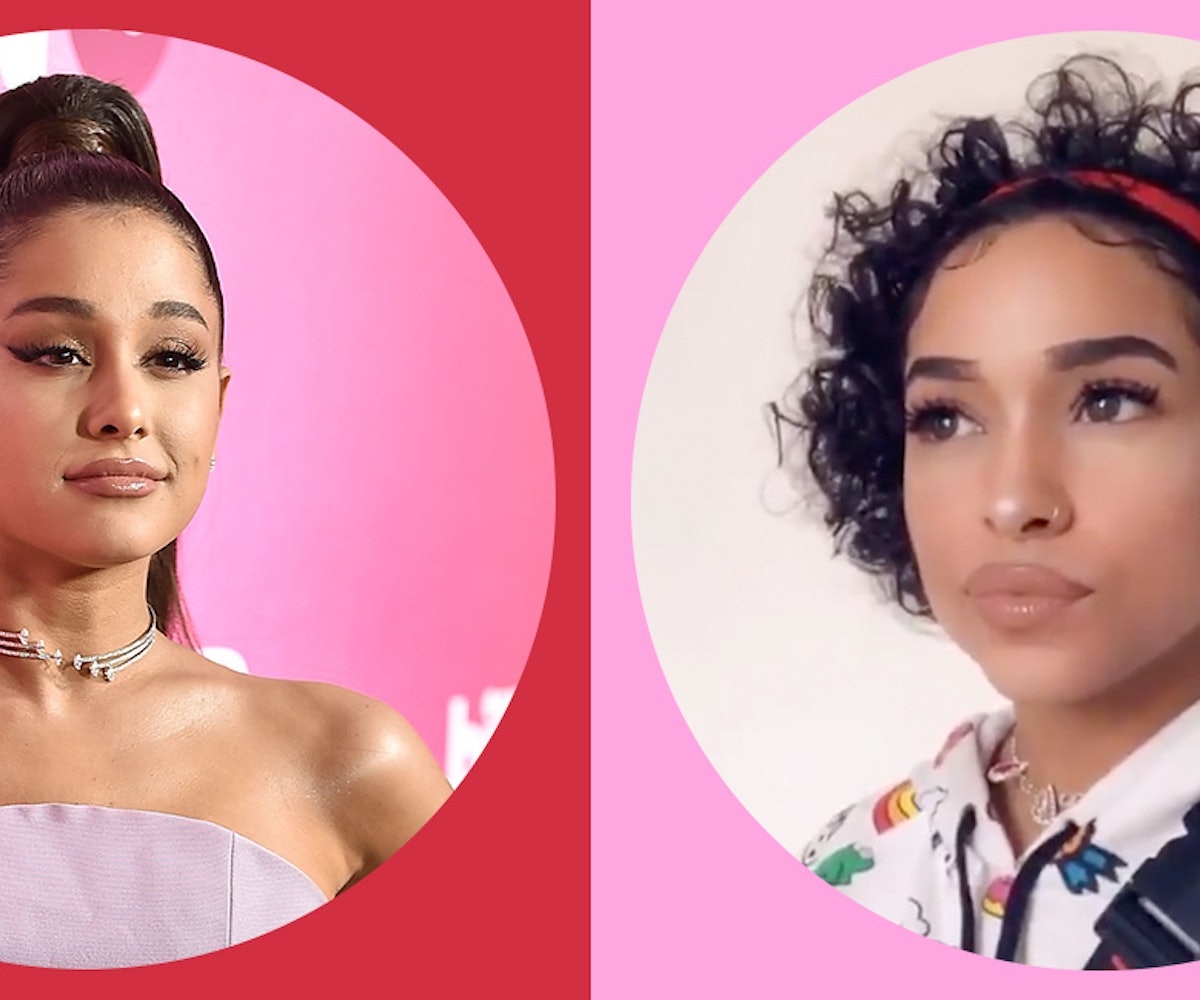 Princess Nokia thought she recognized a familiar flow when she listened to Ariana Grande's latest single "7 Rings." The rapper turned to Twitter with a video of herself playing Ari's song back-to-back with Nokia's own 1992 track "Mine." Skip past the Sound of Music sample in Grande's track straight to her "I see it, I like it, I want it, I got it" hook to get to the meat of her claim.

Aside from the similarity in flow, Nokia raps "It's mine, I bought it" in "Mine," lyrics that could be interchanged easily into Grande's track. After playing her own track next to Grande's, Nokia sarcastically reacts, "That sounds really familiar to me, oh my god," before wrapping up her video with a final statement: "Ain't that the little song I made about brown women and their hair? Hm. Sounds about white."

Fans on both sides of the debate are having none of this. Nokia retweeted one fan who suggested Grande's "new album literally plagiarizes flows, words, bars from Nokia..."

Grande stans, on the other hand, are bombarding the replies to Nokia's video with salty comments.

Listen to the two tracks in full, side-by-side, below, to decide for yourself.