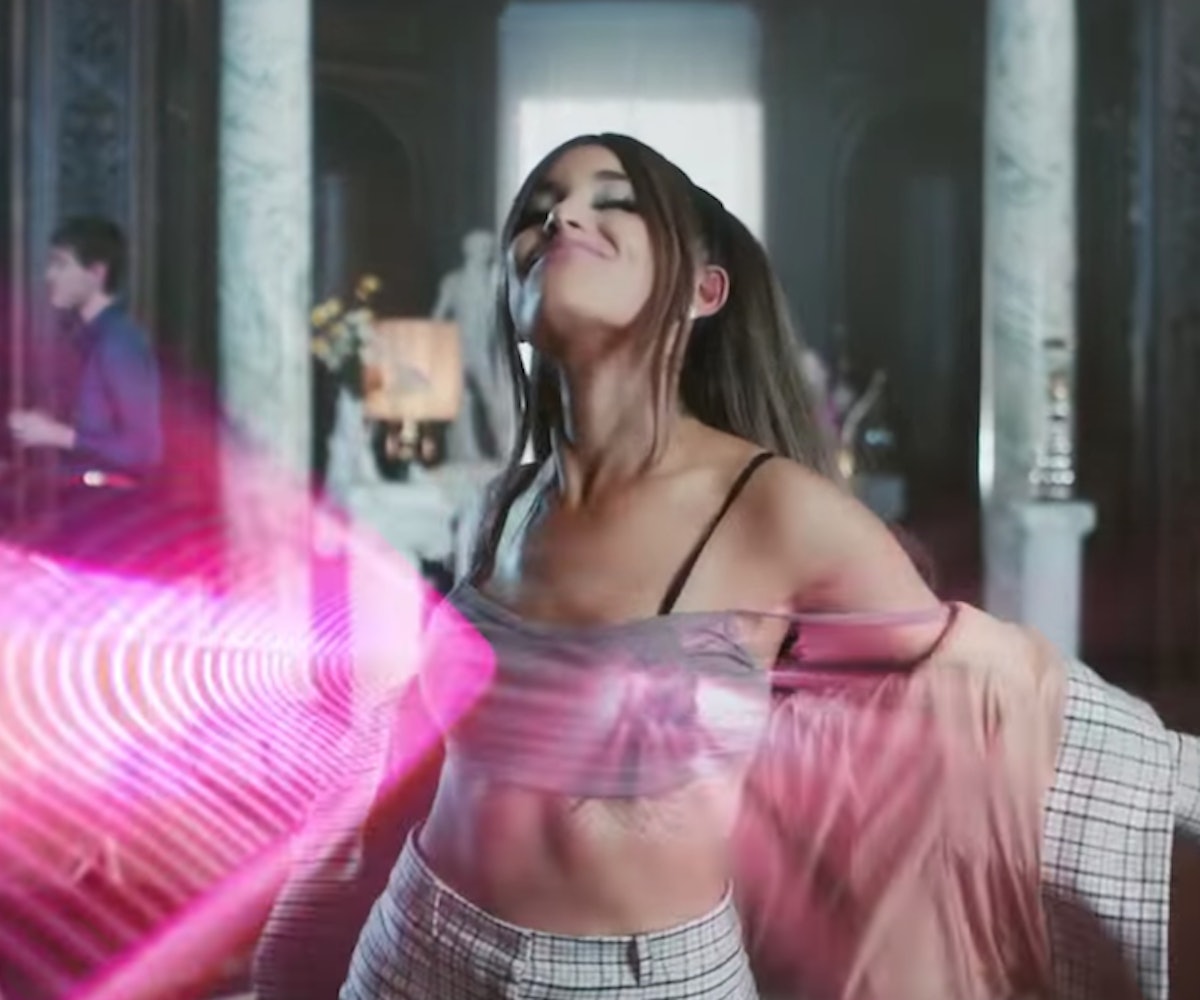 Ariana Grande is a "motherfuckin' train wreck" in "Boyfriend," her new collaboration with pop duo Social House—she's also an archer, a fighter, and a super-human with laser tits. Most of all, she's half of a couple that, uh, doesn't know how to express their emotions for one another in a healthy way.

In the video, Grande and Social House's Mikey Foster are caught up in a battle of whether or not to DTR; the chorus puts it plainly, with Grande singing, "You ain't my boyfriend/ And I ain't your girlfriend/ But u don't want me to see nobody else/ And I don't want you to see nobody." So, when Foster is spotted chatting up women who are not Grande, she targets the women via over-the-top methods, tackling one to the ground, and even shooting one woman's hand with an arrow in an attempt to crack a smile on Foster's face.

At one point, Charles "Scootie" Anderson (aka the other half of Social House) attempts to play relationship therapist, but nothing can clean up this mess. It's following that session that Foster rips out the heart of a man who talks up Grande at the party, and Grande responds positively by shooting hearts from her laser tits.

In total, three innocent flirty partygoers are wounded in the crossfire of the two lovers who, after all of that, just wind up hooking up in a bathroom that they may or may not have destroyed with their toxic ardor.

Watch the video for "Boyfriend" below.