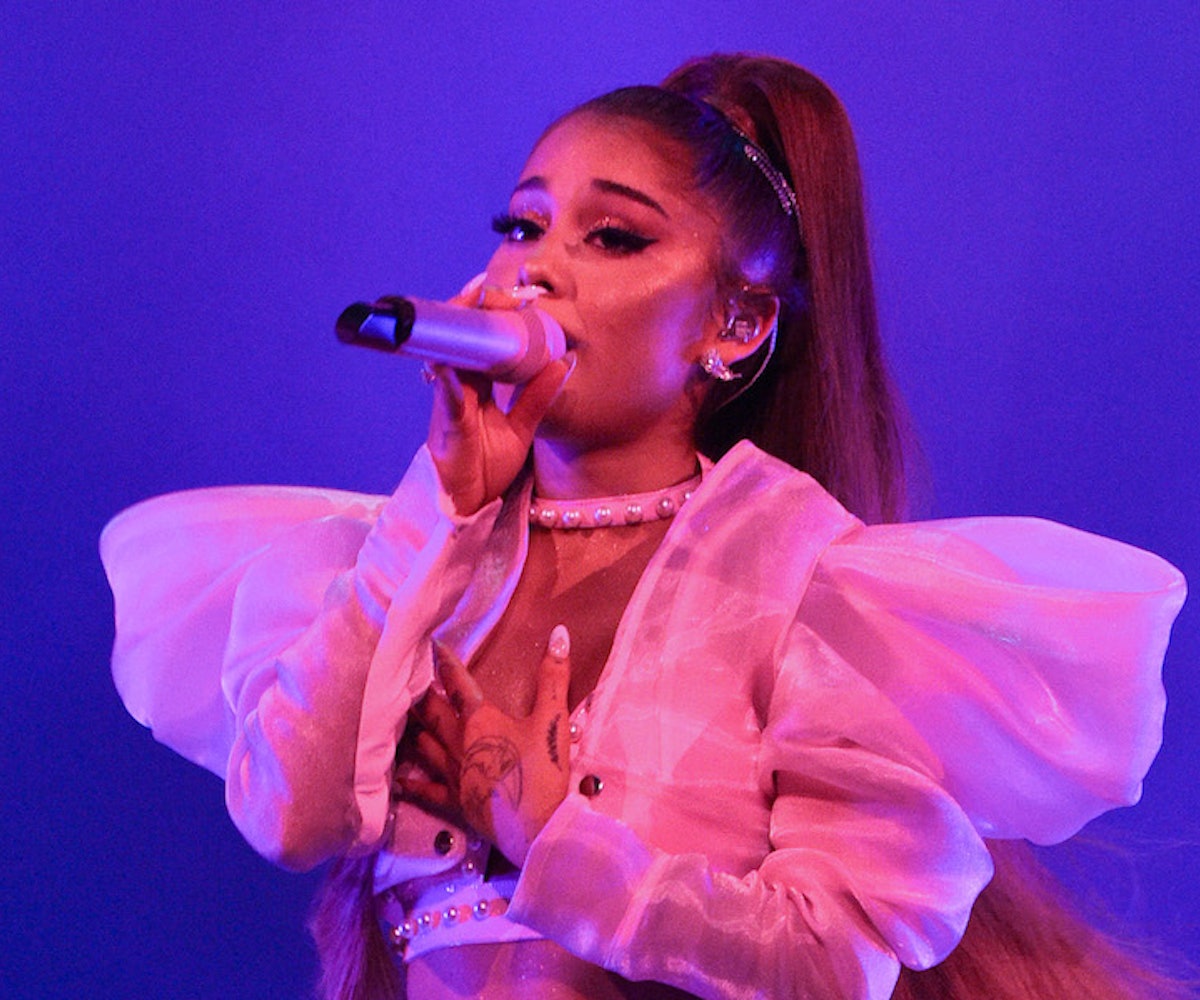 Soon, you will be able to relive Ariana Grande's Sweetener Tour within just a few clicks. Grande has revealed she will be releasing her tour setlist — comprised of music spanning from her 2013 debut Yours Trulyto 2019's thank u, next — to a lengthy new live album. Currently, there's no set release date for the album, but it's already available to pre-save on Spotify.

The album is a whopping 27 songs long, according to a screenshot shared to Grande's Instagram Story. In lieu of the traditional Notes app format, she typed out the entire list in an iMessage to create a pseudo-candid announcement. It's heavy on songs from Sweetener and thank u, next, but fan favorites like "Tattooed Heart" from Yours Truly and My Favorite mega-hit "Break Free" ft. Zedd appear in the mix. Grande even includes her live medley of "Right There," "You'll Never Know," and "Break Your Heart Right Back" for good measure.

Take a closer look at the tracklist below, and go back to your regular queue of shoddy fan-made YouTube videos to hold you over with Sweetener content until the album drops.