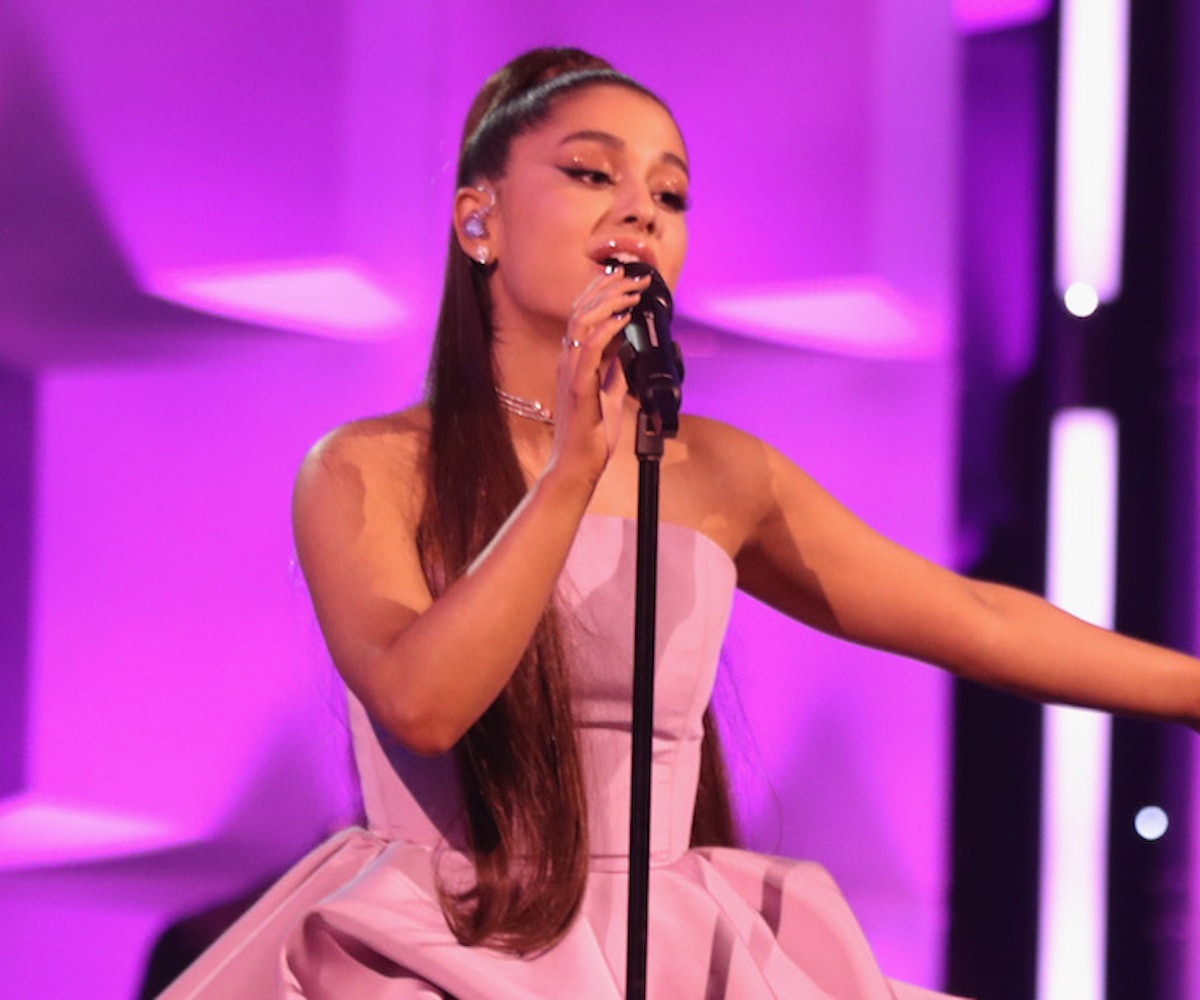 UPDATE 9/9/19 8:18am: Designer Yeha Leung of Creepy Yeha has shared a statement with NYLON regarding the appearance of her images in Ariana Grande's Sweetener tour mood board.

I was indeed approached by the stylist to create custom pieces for that specific tour. Unfortunately, I had to turn it down due to timing issue, since majority of my work is hand-made to measure. Sadly, it is not my first time dealing with this. The music and fashion industry run in a unsustainable pace. I rather my brand live in its own time and collaborate with other creatives that respect that as well. I hope this situation shines a light into the amount of work independent designers go through when selecting materials, colors and quality to create magic.

The official mood board for Ariana Grande's Sweetener tour has been revealed by Instagram fashion watchdog Diet Prada, and its filled with women of color, both designers and performers. Specifically, photos of Rihanna's performance looks occupy a majority of the four page document, and there are an abundance of images from indie bondage designer Creepy Yeha, as well.

"If you've ever needed proof of Ariana Grande's appropriation of black aesthetics (beyond the obvious), it's all here," Diet Prada writes. "Multiple designers approached by her team to create costumes for the 2019 Sweetener tour have shared with us a PDF moodboard sent to them by her team. 72 percent of the four page document features black women as a reference (mostly Rihanna and a couple Ciara images)."

Amidst the images of Rihanna and Ciara, many images pulled from @creepyyeha on Instagram are included, one of which Diet Prada put side-by-side with a performance photo from Grande's Sweetener tour to show that Versace, "despite having bondage in their house codes as well—seemed to have replicated with minor changes."

Grande's stylist Law Roach has since responded to the Diet Prada post via Instagram stories. "I love @diet_prada!! But I don't really understand this post," he wrote. "This mood board was created by me (a black man) for her. So am [I] stealing from my own culture??? She didn't style herself people. She has trusted me for years with her image and lets me do me. Also who [in] the fashion industry isn't inspired by Rihanna," he added. As for the last part, fair—everyone is inspired by Rihanna. But, Roach does nothing to acknowledge the noticeable similarities between Grande's costumes and Creepy Yeha's distinct designs.

Earlier this week, Drag Race alum Farrah Moan called out Ariana Grande's $10 million lawsuit against Forever 21, alleging the singer copied her "7 Rings" look from an outfit worn by Farrah in 2018 on RuPaul's Drag Race All Stars. Similarly to Diet Prada's account, Farrah alleges Grande's "team literally sent a pic of me to the designer and paid them to copy my look from [Drag Race All Stars]," pointing to the hypocrisy of the lawsuit when Grande's "team also stole."