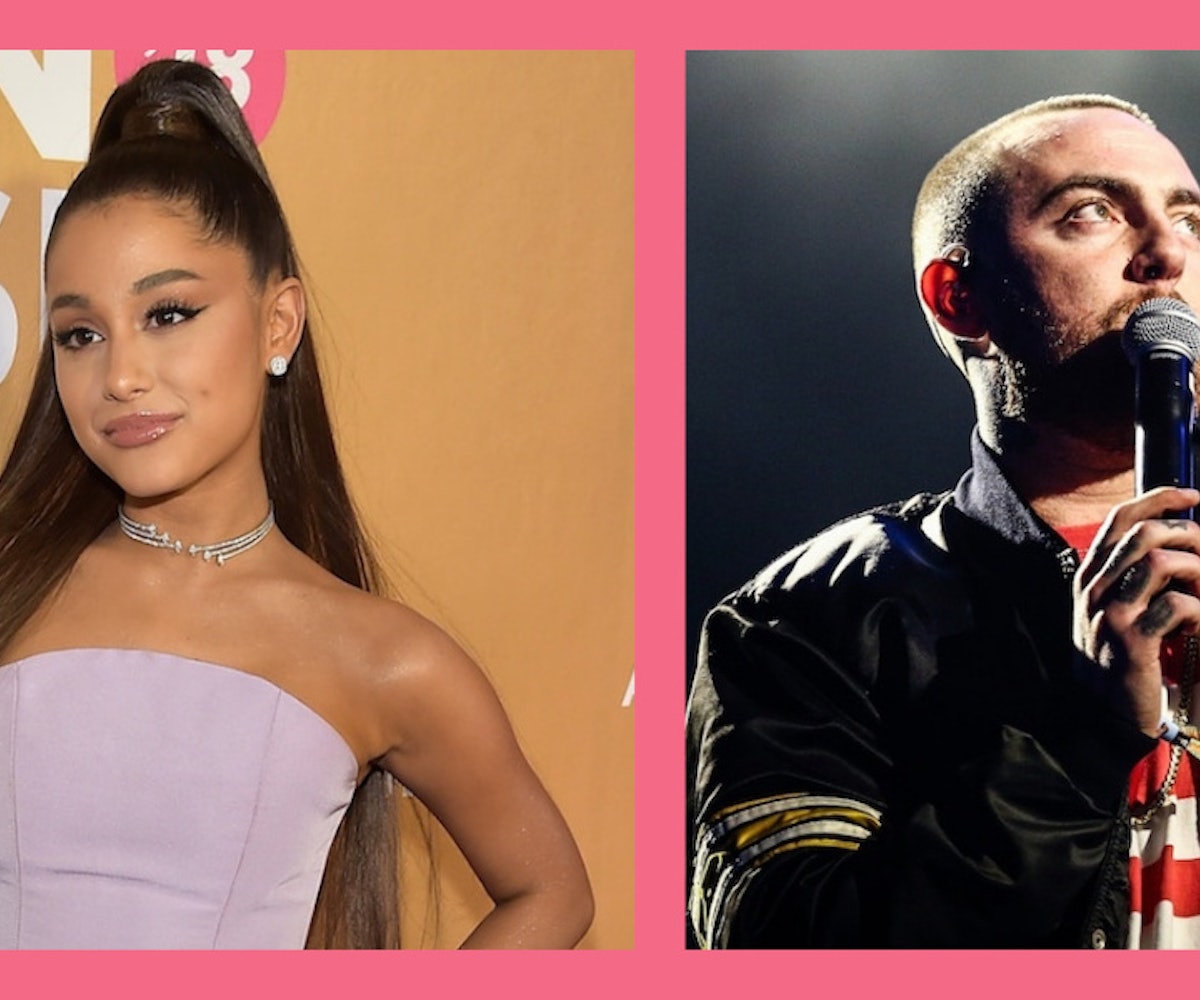 Ariana Grande has made plenty of nods to her late ex-boyfriend Mac Miller since his passing, and as her Sweetener Tour opened up in Albany, NY late Monday night, fans in the crowd noticed Grande's newest tribute before she even hit the stage. As fans filled the arena waiting for Grande to grace them with her presence, Miller's "Dang!" feat. Anderson Paak was the final track to blast over the speakers.

Fans in the crowd reported the info via Twitter, writing, "My heart can't handle it SO MANY TEARS." TMZ took notice, and was first to report.

Another fan shared a video of the arena as the song played, proving it was definitely not just speculation made by stans. Until that moment, it looked like Grande would avoid any honoring of Miller altogether for the first night of her tour. Per TMZ, she announced during soundcheck that she'd be skipping "ghostin'" and "imagine," both songs speculated to be about Miller, because they were "too heavy" for her to sing.

Miller passed away last year in September of an apparent overdose. At the time, Grande was engaged to (her now ex) Saturday Night Live cast member Pete Davidson. Prior to releasing "ghostin'," Grande shared that the song was about "feeling badly for the person you're with bc you love somebody else. feeling badly bc he can tell he can't compare.... and how i should be ghosting him," which led fans to believe it was her musical way of grappling with Miller's death.