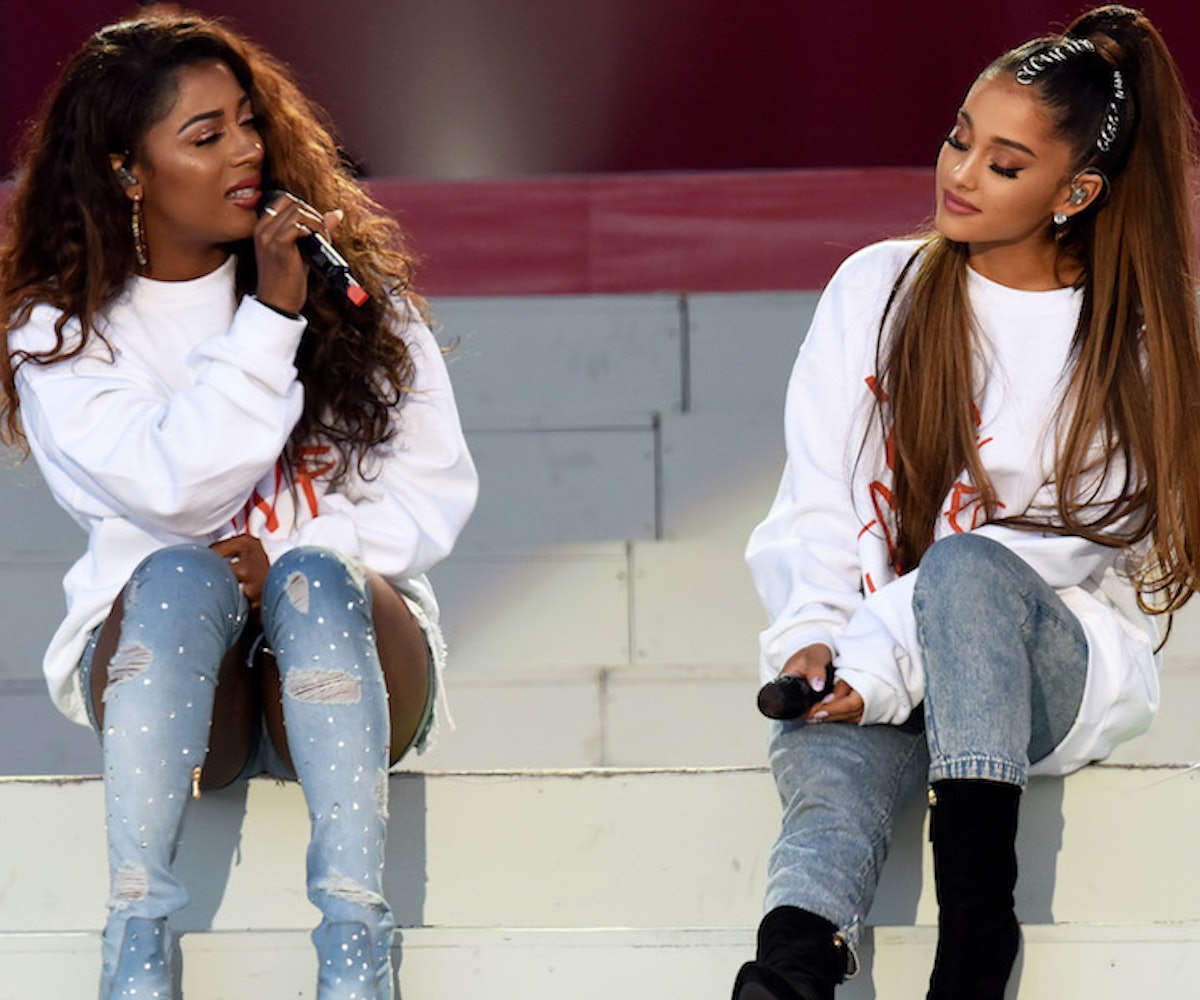 Ariana Grande isn't one to keep music unreleased and away from her adoring stans, so as soon as she wrapped recording a new single with best friend Victoria Monét (who also helped her pen "7 Rings"), she announced it to the world. The track, titled "Monopoly," is said to be released next Monday, according to Grande's enthusiastic tweets. At this rate, the singer is about to drop another album by the time summer hits. I don't think Arianators would complain one bit, though.

Grande started off the single talk by tweeting what seems to be lyrics, "work so fuckin muuuuch, need a twinny twin twin," then tagging Monét, who picked up where she left off. "You'd be straight for life if I gave you my pin," she replied. Grande then finished the verse (?), "Even tho we gave up that 90 percent for the win." The 90 percent is most likely referring to the unbalanced amount she received in songwriting royalties for "7 Rings." The singer only nabbed 10 percent to split amongst the majority of writers, while late songwriting duo Rogers and Hammerstein took the rest for her interpolation of "My Favorite Things."

Grande tried to skip past the wait and drop the song early, tweeting at Monét that because "7 Rings" is doing so well on the charts, "We need to celebrate tbh ! life too short and too sweet rn." She added later to a fan that dropping music on her own schedule "feels sm healthier and sm more authentic & rewarding," as opposed to sticking to a traditional album cycle.

Monét quickly brought Grande to her senses about moving up the release date, despite agreeing that they need to celebrate. She pointed out that they should probably wait until Monday to "celebrate an 8th week at number 1!!" Of course, it also helps that the weekend would give them time to let the song be mastered and delivered, which Grande realized still hadn't been done. "See, this is why I can't go on Twitter anymore. I get too excited and say shit I shouldn't," she joked. Unless Grande gets too excited all over again and changes the release date, her single "Monopoly" should be available on Monday, April 1. Wait... could this all be an elaborate April Fool's joke? Hopefully not.