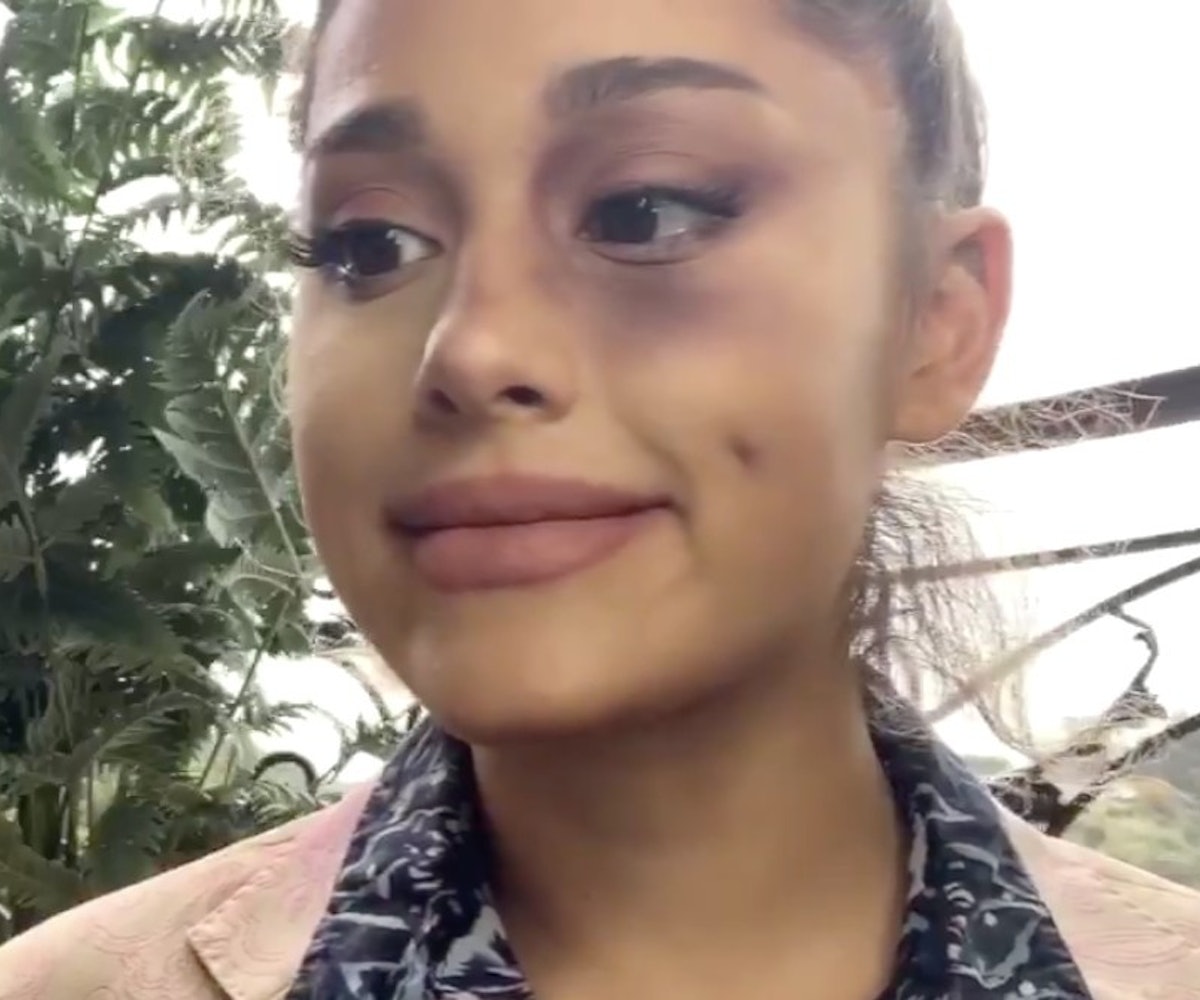 We all stave off boredom in different ways. For Ariana Grande that means recreating scenes from the classic 1998 Adam Sandler film The Waterboy. Grande, who got her initial start in showbiz through television, dusted off her acting chops in the midst of the pandemic, churning out two iconic scenes from the film (so far). With help from her Victorious co-star Liz Gillies, 13: The Musical star Aaron Simon Gross, and her mom, Joan, Grande's got a little makeshift comedy troupe on her hands. Social distancing narcs need not panic — it's clear that each person separately filmed their segment in their own homes.

"And how'd u all make use of YOUR day?" Grande captioned the video of her first Waterboy recreation. In it, Gillies plays a seductive Rita, while Gross dons a beautiful wig to portray Tina, and Grande pulls out all the socially awkward stops as Sandler's Bobby Boucher. The trio lip-sync to the movie's club scene where Boucher misunderstands the pair's blatant flirtations. "Seein'? Uh, I see a lot of girls….I see a lot of guys, too," he responds when Rita asks if Boucher is seeing anyone. Soon after she posted it, the reenactment got the ultimate seal of approval: Sandler's endorsement. "Bobby Bouches approves of this message," he tweeted.

Gillies and Grande got in front of the camera again a few days later, this time joined by Joan, who secured her wig to play Kathy Bates' overprotective, bible-thumping Helen "Mama" Boucher. Once again the comedic timing is on point, with Grande nailing Bobby's mannerisms and Joan letting her diabolical flag fly free. Sandler, once again, came ready with the approval. "A tough day for Bobby...Vicki...and Mama," he tweeted. Our fingers are firmly crossed for a part three.

Watch Grande's reenactments above and below, and for those unfamiliar, scroll on for the trailer for the original Waterboy.